In July, Quidditch Australia announced the location for QUAFL 2021, the Australian national Muggle quidditch championship. It should have been held at Melbourne’s La Trobe Sports Park at La Trobe University on December 4–5. 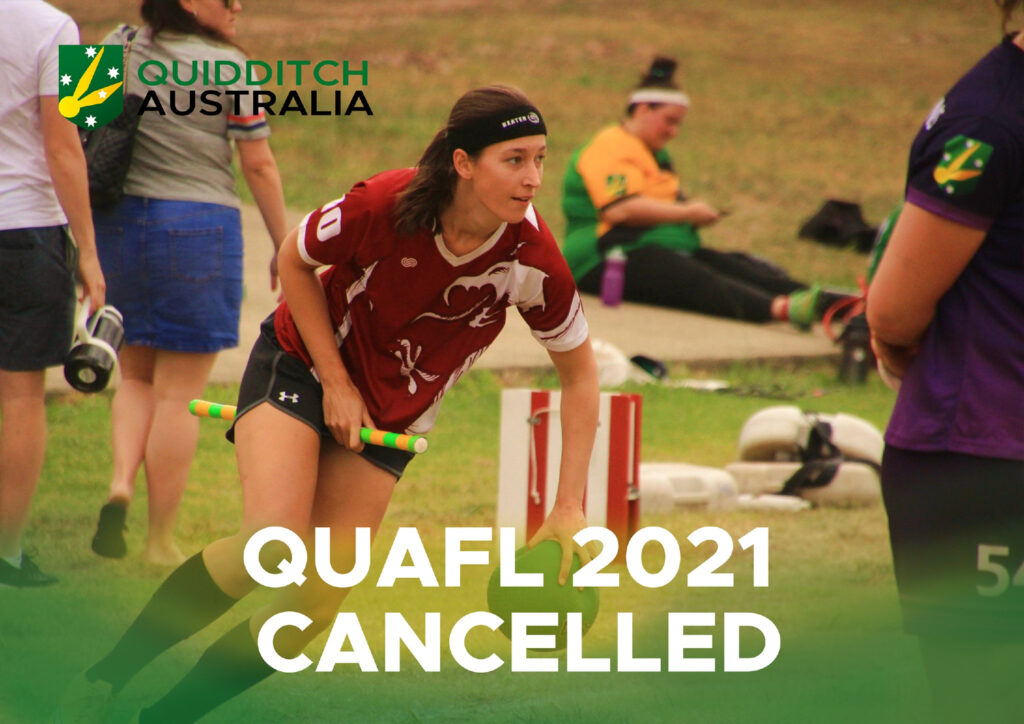 We believe, with the ongoing uncertainty of the COVID-19 situation across the country, hosting a national tournament is not feasible at this time.

We hope quidditch can resume in local communities soon, and lets [sic] hope for QUAFL 2022!

Organized since 2011, QUAFL was originally led by Quidditch Universities Australia Federation League Cup Organiser Justin Chau. QUAFL 2020 should have been the tenth championship, but because of the pandemic situation, the event was postponed. The ten-year anniversary was going to be celebrated this year, but sadly, it is canceled again.