According to the early plans of QuidditchUK, the Muggle Quidditch season in the United Kingdom is beginning with community league fixtures. One of them has already taken place, and the second one will be held soon.

There should have been three fixtures in the league, but one of them, which should have been held in August, was canceled. This was because QuidditchUK wanted to give more time to teams for training and adaptations after the pandemic situation.

The first community league fixture was held in Derby, England, on September 4. It was the first time QuidditchUK used the new website Quidditch Scheduler, designed for managing quidditch tournaments. This is because the website was created at the start of the pandemic situation and didn’t have the opportunity to be used until now. All players and volunteers had to register through Quidditch Scheduler. According to this website, there were nine teams registered. 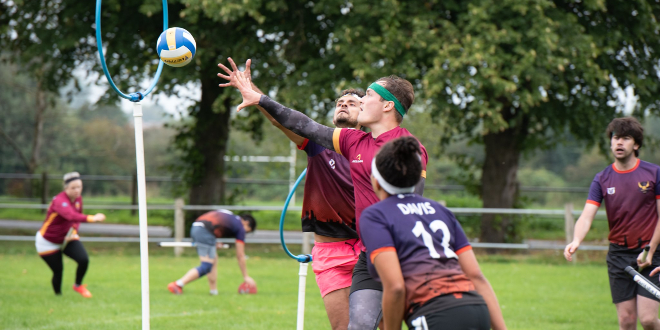 The second community league fixture will be held in London, England, on October 9. Registration is also taking place through Quidditch Scheduler. Quidditch clubs had until September 17 to register, while players and volunteers had until September 26. There are ten quidditch clubs registered, but two of them, Werewolves of London and London Quidditch Club, each registered a Team A and a Team B, so there will be twelve teams at the tournament. The event is open to spectators, but they will have to register for COVID safety through the form on the event page.

The original idea for the community league fixtures was that teams would be divided into three divisions based on the results of previous seasons. Some teams weren’t able to attend the first community league fixture, however, and QuidditchUK had to change the gameplay and impact of the tournaments. It was decided that the first and second fixtures will be treated independently and won’t have any impact on each other. Results from the first fixture also won’t have any impact on eligibility or seeding for the European Qualifier Tournament or the British Quidditch Cup, but results from the second fixture might, depending on attendance.