Theater Review: “Dumbledore Is So Gay,” It’s Not a Secret

London theater is back (baby)! And that doesn’t just mean the West End blockbusters – those strictly limited celebrity engagements and Broadway musical transfers – but also the bright stars of fringe theater and the festival circuit. One such star is Dumbledore Is So Gay, a compelling play that will make your heart ache even as you cry with laughter.

Dumbledore Is So Gay is a beautiful coming-of-age story for a Harry Potter generation. The play even has its own golden trio, a boy named Jack (Alex Britt) and his two best friends: Gemma (Charlotte Dowding) and Ollie (Max Percy). When we meet Jack, he’s 12 years old and working on accepting that he’s gay (and that he’s a Hufflepuff, but that’s a separate matter). Harder yet is getting those around him to accept his sexuality as he navigates his teenage years. 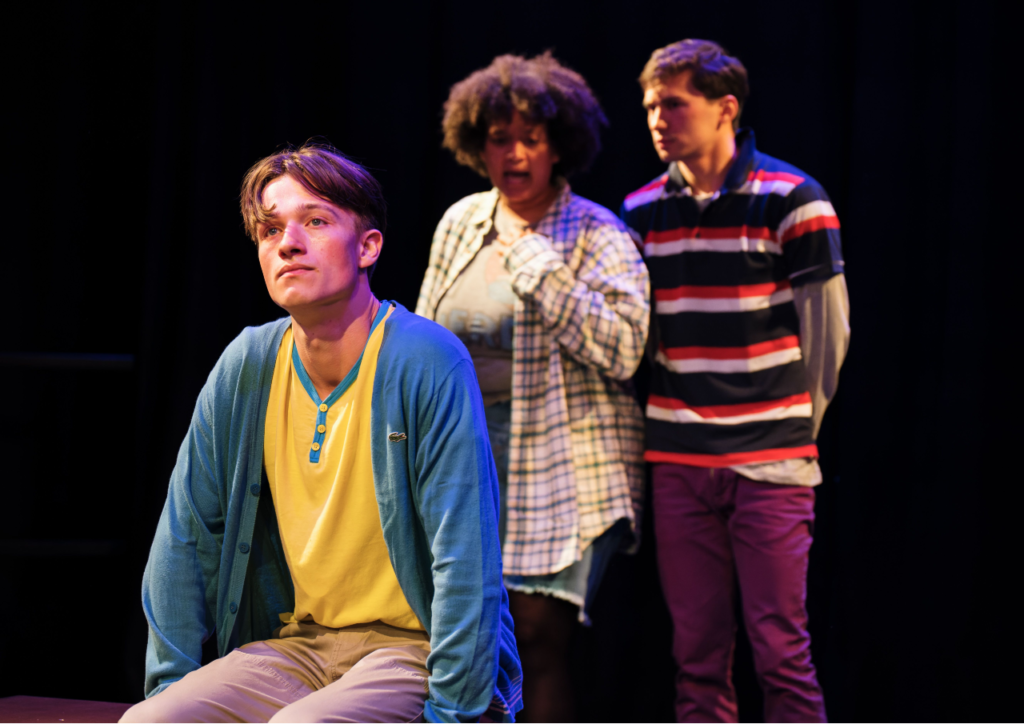 Little things go wrong, big things wrong, and Jack ends up in Trafalgar Square, wishing for a Time-Turner to go back and do it all again. Instead of leaving Jack just sitting there, writer Robert Holtom goes a step further and gifts him exactly what he wants. Jack goes back to the start and remakes all the decisions he thought he’d got wrong in retrospect.

Of course, it wouldn’t be a time travel story if that worked out perfectly for him and didn’t have unforeseen consequences. Making the wrong decision before doesn’t necessarily mean Jack knows what the right one is now, and even if he can avert the disasters of his original timeline, what is the cost to himself? It’s funny, and it’s heartbreaking. It makes you want to wrap the characters up in a hug and tell them it’s going to be okay – even when you’re not sure it is. 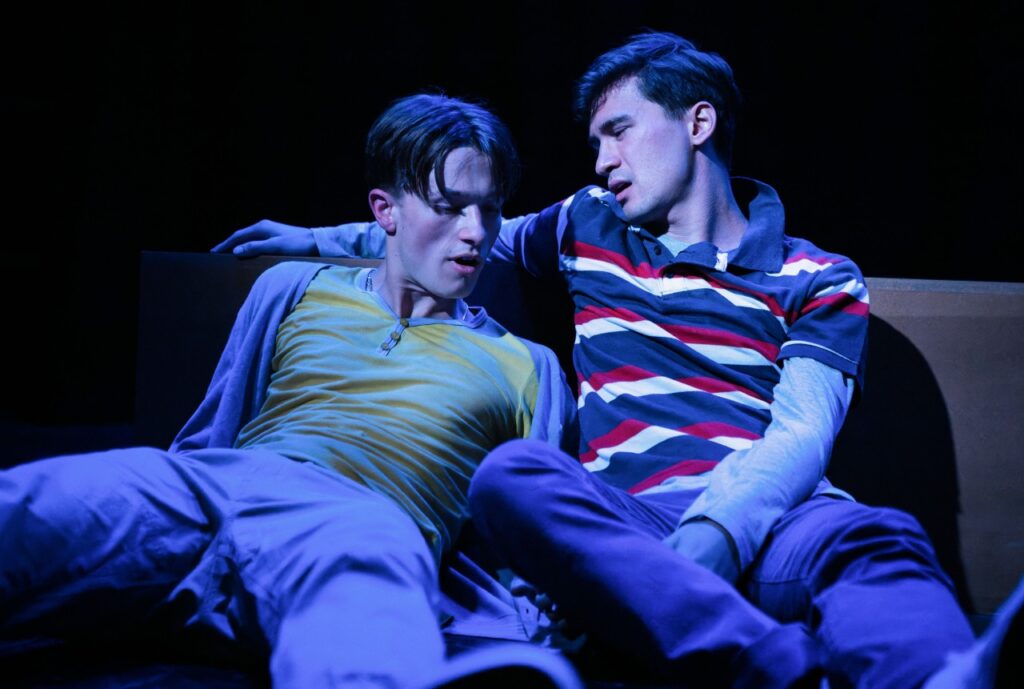 Jack is a big Harry Potter fan (relatable), his favorite character is Professor Dumbledore (a solid choice), and he’s in Hufflepuff (the best House, even if he can’t see it yet), so the magic of Potter is woven throughout the play. And I’m not talking about those random pop culture references to “Hogwarts” you get on TV from people who clearly wouldn’t know their Hufflepuffs from their Ravenclaws. Here are side jokes for those who grew up with Harry and have lived in his fandom for years. For those who remember when Dumbledore was outed as gay (Friday, October 19, 2007, to be precise – thanks, Jack) and know their Patronus. Those who have been around the series for long enough to have critically assessed it and formed opinions about the books’ weaker points, the series’s attitude to LGBTQ+ representation, and how the latest Wizarding World projects are going.

My favorite thing about the wizarding world and its devoted fandom is how it’s pulled together outsiders, given them somewhere to escape to, and encouraged them to reach out to a fan family that is waiting to reach back to them. That could be felt both onstage with Jack using Potter to sort through his thoughts and in the audience – a room connecting through this shared culture we had with the character and each other. 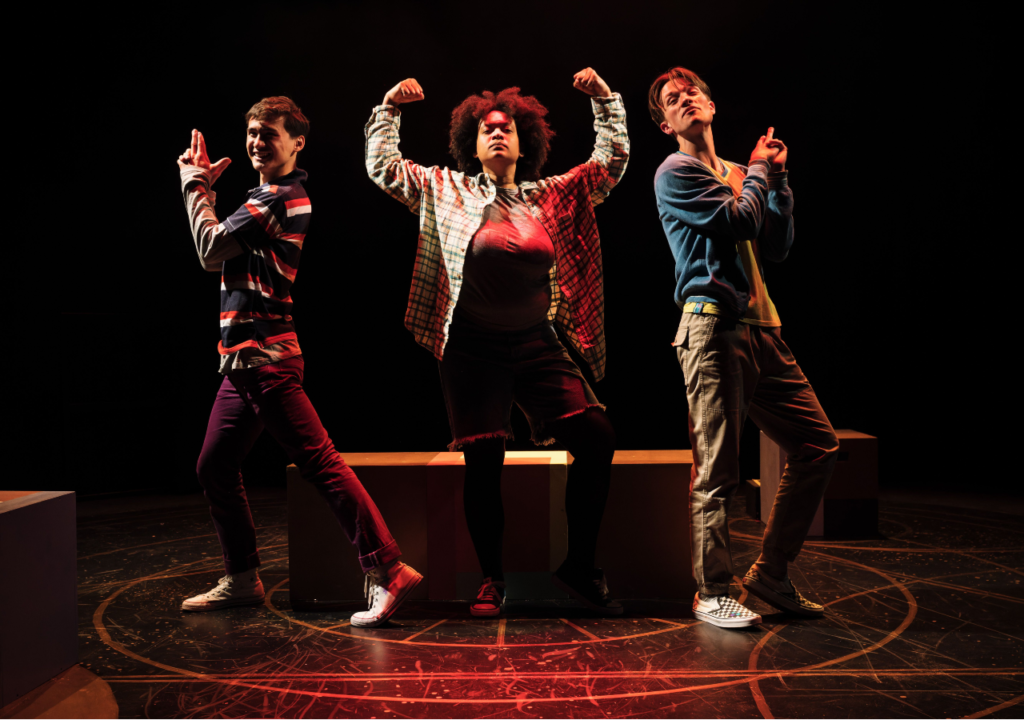 Dumbledore Is So Gay played at the Pleasance Islington until Sunday, September 26. If you missed it because you’re from a little farther afield or are committed to self-isolating at this time, then you’ll be very happy to know that the play is available to stream on-demand for two weeks starting September 27. Tickets can be purchased for the streamed performance via the play’s website.

So whether you’re counting the days until Harry Potter and the Cursed Child is back in theaters or desperately searching for an alternative, please don’t forget to look beyond the West End and see the magic to be found in Dumbledore Is So Gay.