US Quidditch (USQ) released Rulebook 15 in July, but the USQ Gameplay Department decided to make other updates to the new rule book on September 10.

The new rules were developed over a long period of time based on projects that started in 2018, with outreach to teams and referees in the 2020–2021 season. Many new changes were finalized during the spring of 2021. At that time, colleges and universities didn’t know if they would reopen in the fall, and nobody knew if there would be any Muggle quidditch tournaments then.

From the end of August into early September, due to the work of regional coordinators and the membership department, USQ is happy to see that the state of the league is different than expected and the league may boast more members and teams than it did during the 2019-20 season. With the understanding that the league is at a different place now than during the Rulebook 15 implementation process of spring 2021, the USQ Gameplay Department, under the leadership of Gameplay Department Manager Christian Barnes, sought to solicit feedback from teams across the league regarding changes to the USQ ruleset and the 2021-22 season.

101 teams had the opportunity to give USQ their feedback after being contacted by their regional coordinators. USQ received responses from 62 teams. 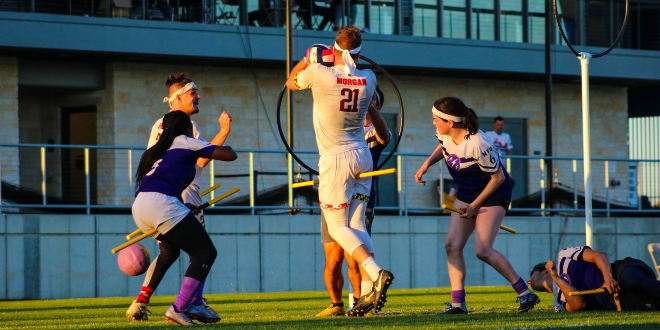 The major theme that appeared in the feedback was about the importance of playtesting the new rules before their adoption. Some teams were confused by the score cap rule and the status of the gender maximum rule, while other teams questioned the halftime stoppage and showed concerns about pitch size.

After receiving the feedback, the USQ Gameplay Department tabulated it and had many team meetings and discussions about the next steps for this and next season. They decided to make some changes with immediate effect, and some changes that require more work, discussions, and implementation were postponed.

The major change in immediate effect is a change in field size. USQ Rulebook 15 had changed the length of the field to 52 yards, but it will remain at the previous size of 66 yards. Also, the gender maximum of four will remain the same regardless of whether or not the seeker is on the field. Another change is in relation to the starting procedure. The winning team of the coin flip can choose either the side of the field or which two of the four balls they will possess on brooms up. 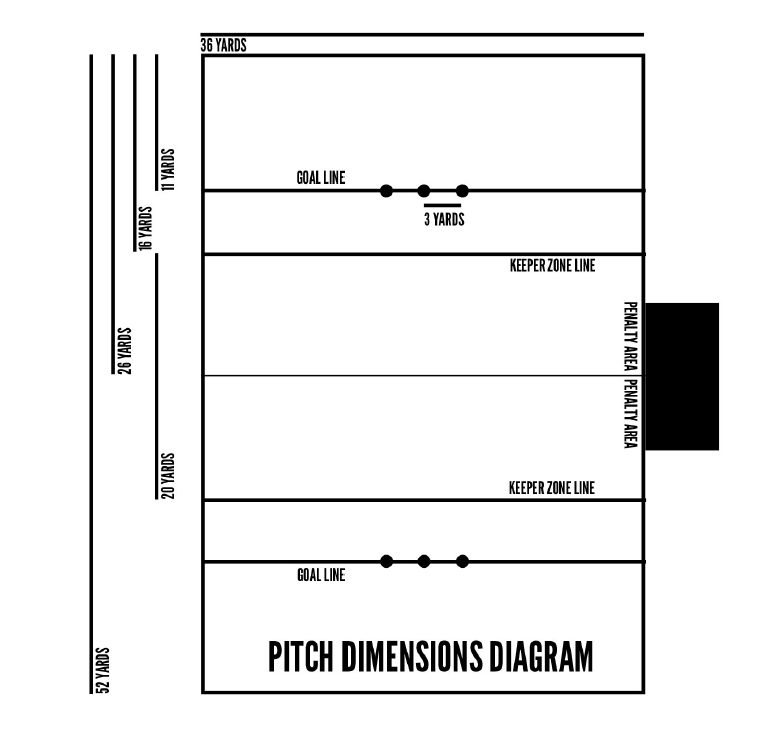 The above diagram shows what the pitch would have looked like before USQ Rulebook 15 was updated.

The game will be ended similarly to matches in Major League Quidditch. At the 20th minute, the game will stop for 1 minute. During these intermissions, the referees establish the set score, the leading score plus 70 points. After that, the snitch runner is on the pitch and the snitch period begins. The team that catches the snitch receives 35 points.