Why I Loved “Harry Potter and the Cursed Child”

Since its release on July 31, 2016, Harry Potter and the Cursed Child has sparked controversy among many Potterheads. Except for the compliments made in awe of the use of magic in the stage production – which I have not yet seen and therefore will not mention much in this feature – it appeared that many were not satisfied with the plot of the eighth Harry Potter book. This resulted in many of the fans not accepting the book as canon.

While I’m not here to insist that all fans accept the Cursed Child as canon or argue with those who disliked the script book, I can express my personal views and explain why I loved Harry Potter and the Cursed Child. 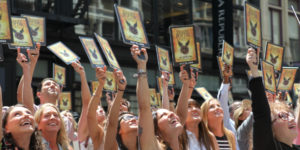 Like many fans, the world of Harry Potter means a great deal to me, and so it was with great anticipation and excitement that I had traveled to my local store to purchase the script book on the day of its release. We were still awaiting the release of Fantastic Beasts and Where to Find Them, which would later release in November of that year in the United Kingdom, where I live. Due to this, a large part of my excitement came with finally returning to the wizarding world and being provided with new content since Harry Potter and the Deathly Hallows – Part 2 in July of 2011 (UK).

Like many others, I had very little knowledge of what to expect when it came to the Cursed Child and feared that I would not take to the new format of the story. Until reading Cursed Child, I had never been a fan of reading scripts and preferred the details provided in the Harry Potter novels. However, I later found that reading the script book made for a quick read and an easy one, though I still long for more information. One major issue that I had in my early days of reading the Cursed Child was during what could be considered the climax of the tension between Harry and his son Albus: 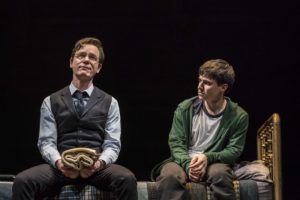 Given Harry’s history and the loss of his parents, it’s absurd to think that he would say such a thing to his son and the layout of the script book only makes the statement sound all the harsher. In reading this moment, I longed, more than any other, for the script book to be a novel to provide further insight into Harry’s thoughts, as we are given in the first seven Potter books. Believe it or not, this is my only quarrel with the Cursed Child script book unless I was feeling particularly picky and complained about the choppiness of the story thanks to all the time traveling.

So what is it that I love about Harry Potter and the Cursed Child, aside from the fact that it soothed my longing for more Harry Potter content? Well, everything else! 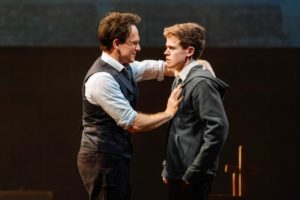 One of my favorite things about the Cursed Child is that we are given an insight into Harry’s life as a parent, and, honestly, he sucks at being a Dad (at least until he and Albus begin resolving things). That’s not to say that he is a terrible father because the intention of keeping Albus safe is the primary motive for many of his actions. However, I enjoyed the realism that came with his and Albus’s relationship. After losing his parents at such a young age and having some questionable father figures throughout his life. Hence, it’s no surprise that Harry has no idea how to deal with an unruly Albus. 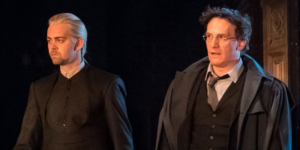 Draco Malfoy’s redemption arc is also unexpected but entirely welcomed by me as I read the script. Having longed for Draco’s character to be redeemed since the events of Harry Potter and the Half-Blood Prince, I finally got my wish and was not at all disappointed. Seeing him work alongside the golden trio were some of my favorite moments ever, and more so was the duel and aftermath between him and Harry. 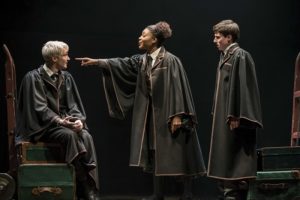 Speaking of Malfoys, the thing that I loved best about the Cursed Child was the introduction of Scorpius Malfoy. Though he was in Harry Potter and the Deathly Hallows, his appearance was brief, and now having read Cursed Child, I wish the writers had provided even more information. From his hyperactive, studious personality to his friendship with Albus and his adorably cute crush on Rose, Scorpius stole the show for me when Albus met him on the train. 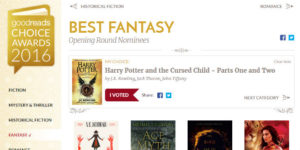 With these character arcs combined with the plot, the Cursed Child made it straight into my list of top ten books to always read. So let me know down in the comments whether you liked Cursed Child or not, and the things you either enjoyed or disliked about the script book/play.