This month, there will likely be reports of robed individuals frolicking in the streets, armed with strange-looking sticks, collectively humming a mystical tune. While the larger world will be confused, we’ll know that it’s just witches and wizards out celebrating the 20th anniversary of the theatrical release of Harry Potter and the Sorcerer’s Stone. Commemorating the milestone anniversary, Variety spoke with the director who started the beloved film franchise, Chris Columbus.

Considering the dedicated fan base that the Potter books had already amassed by late 2000, when Sorcerer’s Stone first went into production, there was an enormous amount of pressure to successfully realize a film version, and that pressure wasn’t lost on Columbus. As he’s mentioned in the past, Columbus was in constant fear of making a mistake that would cost him his career:

I had every expectation that I would probably be fired within the first two weeks. I was very – I don’t want to say ‘anxious,’ but – aware of the fact that if I screw this up, I probably will never work again. And I would have millions of fans at my door just infuriated. 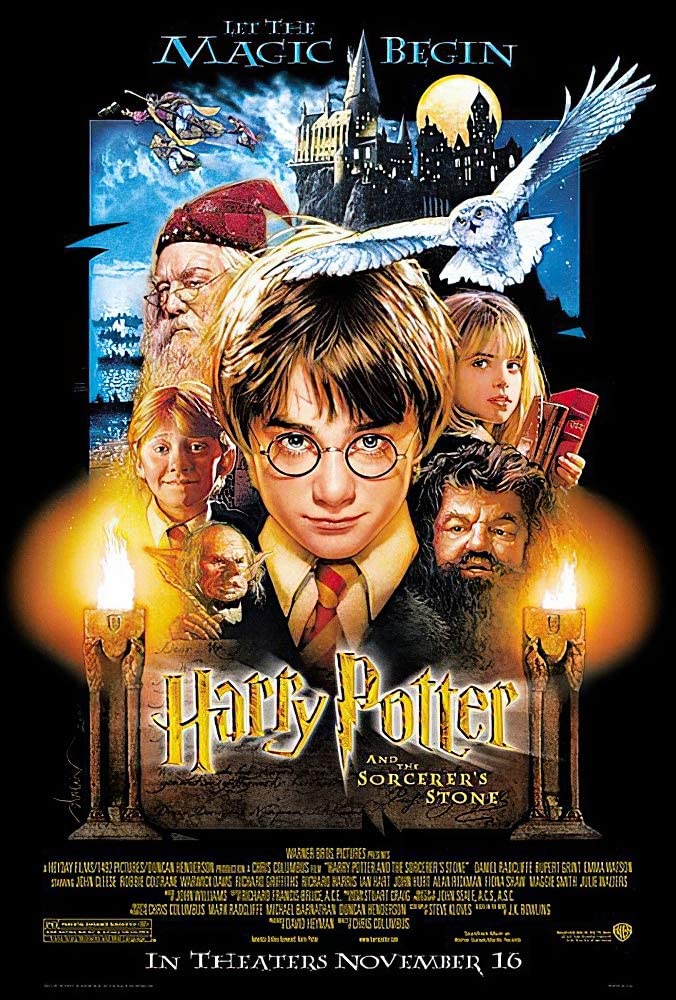 In November 2001, the movie adaptation of “Harry Potter and the Sorcerer’s Stone” hit theaters. This month marks the 20th anniversary of its release.

Regarding filming the three leads for the first time, Columbus recalled that Daniel Radcliffe, Rupert Grint, and Emma Watson had little acting experience between them, so he had to work around their greenness with creative and fascinating resolutions:

In the first film, there was not a lot of professional experience between the three leads. That’s why that film was filled with so many cuts. I could only really shoot, for the first three months, a close[-]up of one of the actors before they would lose concentration. The first couple of weeks, all the kids were so excited to be part of the Harry Potter film, they were basically just smiling into the cameras. I couldn’t get them to stop smiling, and it really became an exercise and acting class for me as a director.

Columbus would continue to put in a bit more overtime in order to elicit performances out of the kids. On the set, if any of the child actors needed to interact with something that wasn’t physically there, like a computer-generated character, Columbus would have to act out those characters off camera to give them something to react to:

The bigger challenges were when they had to interact with things that weren’t there. For me, it was kind of a workout. It was very physical in terms of me pretending to be whatever character, whether it was Voldemort on the back of [Professor] Quirrell’s head or the Basilisk in the second film. I was off-camera [sic] pretending to be those characters, which is quite insane if you think about it but the only way I could actually get some of those performances out of the kids when they didn’t have anything to react to.

Since the youths were taking up a lot of Columbus’s attention on set, it seems like he didn’t really have time for the rest of the cast. Fortunately for him, he was working with what he believed was “probably the greatest British cast in a long time,” singling out Alan Rickman (Snape), Robbie Coltrane (Hagrid), Richard Harris (Dumbledore), and Dame Maggie Smith (McGonagall) for “[understanding] their characters immediately.”

And lastly, when asked if he believed there could be any additional Wizarding World films, Columbus blew the Internet’s mind when he expressed a desire to direct a movie adaptation of Harry Potter and the Cursed Child, hinting that he would use the original cast by mentioning that “the kids are actually the right age to play those roles.” So this needs to happen, like tomorrow.

Be sure to check out the rest of Chris Columbus’s fascinating interview.

What do you think? Would you be interested in a Cursed Child movie directed by Chris Columbus with the original cast? Or would you prefer that another director take it on? Let us know your thoughts in the comments.