The Tales Untold: A Black Christmas

Though the brothers of the Noble and Most Ancient House of Black have a complex relationship that seems so very similar yet jarringly disparate to that of Bellatrix and Narcissa‘s, there isn’t nearly enough content that focuses on Sirius and Regulus’ brotherhood. This is why the second installment of The Tales Untold will focus on exactly that – Sirius Orion Black and Regulus Arcturus Black‘s intricate and tightly interwoven stories that unraveled far too soon and far too at ease for souls so closely bound. 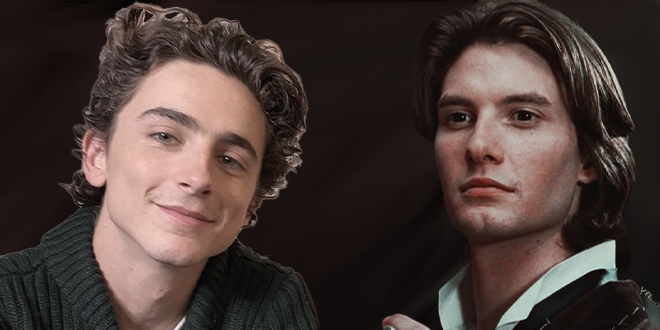 The telltale crack of apparition rang through the night, momentarily overpowering Walburga’s anguished screams as they reverberated loudly through 12 Grimmauld Place.

A young wizard wrenched the front door open, rushing through the halls to see his mother. When his gaze landed on the hysterical matriarch of the Noble Most Ancient House of Black, he spun around and dashed to his room, casting an Imperturbable Charm on the door.

Breathing heavily, he reached into his cloak and took out the torn letter he’d received from Narcissa, gripping the parchment tightly as he read it again.

Sirius felt knees begin to give out as his eyes traced each line and curve of ink, as though willing them to change into different words. When the message remained the same, in its stark, black ink, Sirius’ face paled, and he let go of the parchment.

The young wizard stumbled back a few feet, mercurial eyes quickly pooling with tears as he rapidly shook his head in denial. “No – he can’t be – he was just -” he stammered, running a hand through his disheveled hair.

Regulus wasn’t dead – he couldn’t be dead. Sirius did not believe it; he would not believe it. He looked up and stared at the tall, wooden door and waited. Any time, now, it would swing open, and his younger brother would stride through it, giving him a barely noticeable smile, before they’d race down the stairs and side-along apparate on the top step outside the front door.

Faintly, Sirius could hear the people across the street, with their boisterous laughter and exaggerated retellings, and the younger children were singing Christmas carols. As he continued staring at the door, as the joyous sounds of the holiday celebrations became meaningless noise, he grew frustrated at Regulus for keeping him waiting.

Without warning, a feral growl ripped itself from Sirius’ throat, and he punched the cold concrete to his left. A sickening crack accompanied the dark, violent sparks that emerged from where his fist was, and the room seemed to tremble as magic seeped into its very foundations.

The spontaneous display of unrestrained, dark magic caused Sirius to gape in surprise before his expression shuttered again, and he continued to stare resolutely at the door. Any minute now, Reggie, he impatiently thought as he felt bile rise at the back of his throat.

When another five minutes passed, and the door remained closed, Sirius screamed.

It was an inhumane sound – something that was so animalistic, so filled with raw, unadulterated pain and grief, that the room seemed to reverberate once more, feeding off of its owner’s agony.

He howled and thrashed and used his wand to curse everything in sight, desecrating the several priceless Black family heirlooms. Then, amid all the paraphernalia floating around him, a single, torn photograph landed in Sirius’ palm.

It was the one taken when he and Regulus were still children.

And, in his anger, Sirius had viciously ripped it into half, so only a fraction of his younger brother’s face was intact.

Before he realized it, his restraint broke, and Sirius collapsed weakly onto his knees and buried his tear-streaked face into his hands, his entire frame trembling with harsh, violent sobs. “No,” he whispered brokenly. Crystalline droplets cascaded down his flushed cheeks as though they would never stop, and the sharp, twisting pain in his chest became so painful that he had to move his hands away from his face as he gasped for breath between each sob.

“At least you’ll be happy now.”

Sirius froze when he heard Regulus’ voice, and, slowly, he moved his gaze upwards. His eyes widened when they were met with a faint silhouette of his younger brother.

Sirius swallowed hard, stared at him, and asked, “Are you really here, or have I finally gone mad?”

Ignoring Sirius’ question, the figure continued, “We both know that you’ve always wanted this.”

“No! I didn’t want that!” Sirius’ eyes widened as his bottom lip trembled, and a fresh batch of tears poured down his cheeks as he hiccuped. “I never wanted that.”

Regulus – no, it, stared back at him, leaden-blue eyes devoid of life.

“I’m a disappointment. A coward.”

A heavy, all-consuming silence reigned over the room, only interrupted by Sirius’ sniffles.

Sirius’ throat went dry, and his chest heaved as his lips struggled to form any words. Then, before he could do or say anything, the silhouette started to fade.

“Wait! Don’t go yet! Please!” He scrambled towards where the figure was and hastily grasped at thin air. When he felt nothing, he wordlessly summoned his wand and cast every revealing spell he knew.

Sirius’ face grew ashen when nothing worked. “Come back!” He sobbed hysterically as he trembled so much that he was hurting himself.