While Major League Quidditch (MLQ) is in the process of changing the name of Muggle quidditch in the United States alongside US Quidditch (USQ), it is also working on organizing the next MLQ Championship.

As usual, MLQ will start the next season in the summer, and the 2022 MLQ Championship will come after the regular season. For that, there is a need to find the right host location.

MLQ has released the 2022 MLQ Championship Bid Manual, providing instructions on what a bid (and the ideal place for the tournament) needs. In October, MLQ decided to extend the deadline for submitting bids. According to MLQ, there was a strong field of bid candidates, but only three of them were selected as finalists. 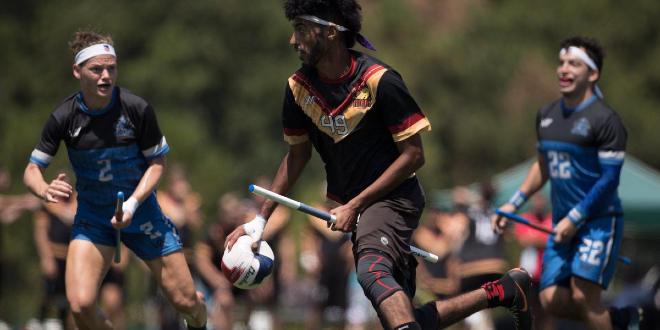 The first one is Round Rock, Texas, which already has experience with Muggle quidditch tournaments because it has hosted many MLQ and USQ events. The Round Rock Multipurpose Complex offers turf and grass fields that are fully lit, with ample electricity and Internet. It was also already selected as one of the places where MLQ’s regular-season series will be held in summer 2022.

The second one is Howard County, Maryland, where the 2021 MLQ Championship was hosted. After that, Visit Howard County even won a tourism and travel award for creating a successful social media campaign and promoting tourism. Troy Park, located in Elkridge, offers four multipurpose fields that are also fully lit and provide press box structures and bleacher seating.

The third one is Goldsboro, North Carolina, which already hosted a USQ Mid-Atlantic Regional Championship. The Bryan Multi-Sports Complex has been named one of the top sporting facilities in the country.

Now the MLQ team will visit each of the cities, explore the pitches, and evaluate the bids. After that, they will choose the final bid, where the 2022 MLQ Championship will be held. MLQ should announce it in early February. MLQ has also already announced that Rochester, New York, will host one of the MLQ regular-season series, the schedule for which should be released soon.