The 2021 Major League Quidditch (MLQ) season is over. It ended with MLQ Championship, and the Austin Outlaws won the major league title.

As previously announced, MLQ Championship was held on August 21–23 in Howard County, Maryland. It was the biggest event of the season at the highest level of Muggle quidditch in North America. The event was divided into three tournaments: the Benepe Cup, the Next Gen Showcase, and Take Back the Pitch.

The most important tournament was the Benepe Cup, which lasted for two days. It started on Saturday, August 21, 8:30 a.m. ET, according to the schedule. The first games that were played were from the Play-In Bracket. The Washington Admirals successfully won the games against the League City Legends, who beat the Cleveland Riff in the first game and then also the Charlotte Aviators. That’s how the Washington Admirals won the Play-In Bracket and continued into the Championship Bracket.

The Championship Bracket started with the quarterfinals on Saturday afternoon, August 21. Since teams were seeded into brackets, it was decided that the Indianapolis Intensity should play against the San Antonio Soldados and that the Minneapolis Monarchs should compete against the Boston Forge. After the Washington Admirals moved up into the Championship Bracket, the team’s new opponent was the Austin Outlaws; for the Charlotte Aviators, it was the New York Titans. 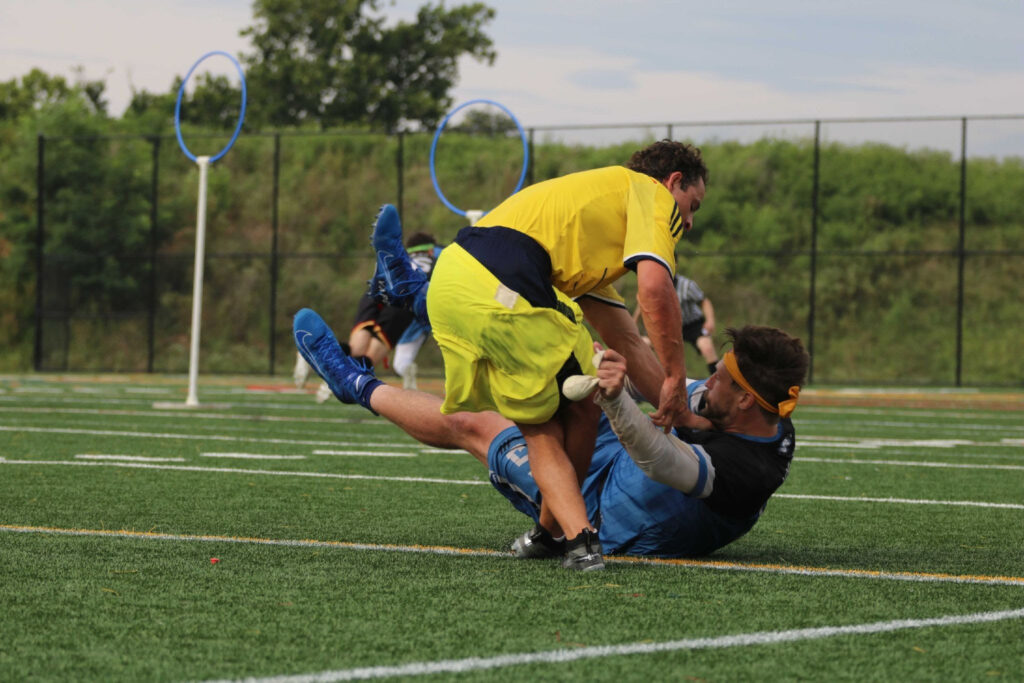 The final game of the Benepe Cup. Credit: Mike Iadevaia

It feels right. It feels appropriate for the amount of effort that everybody was able to put in. 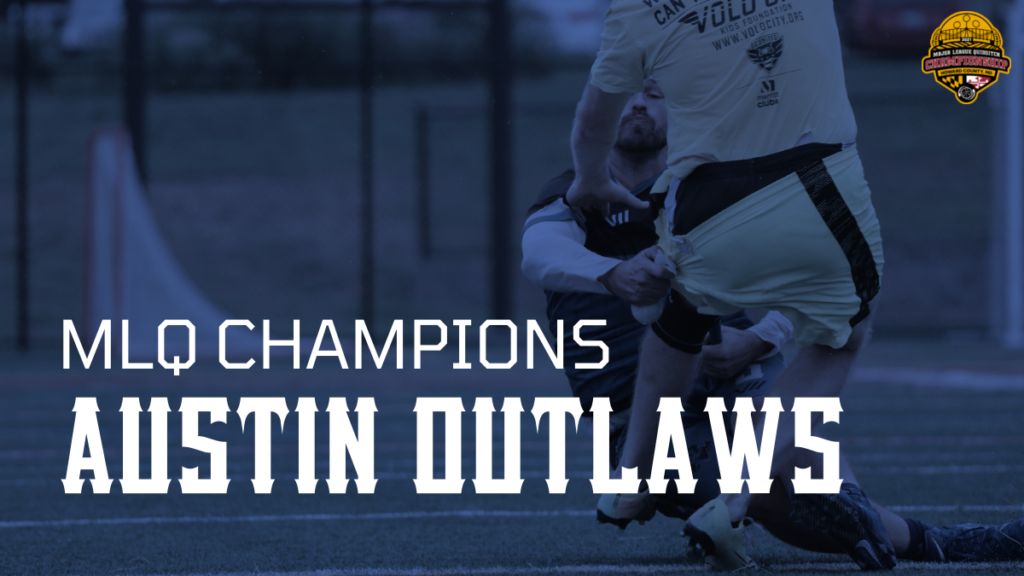 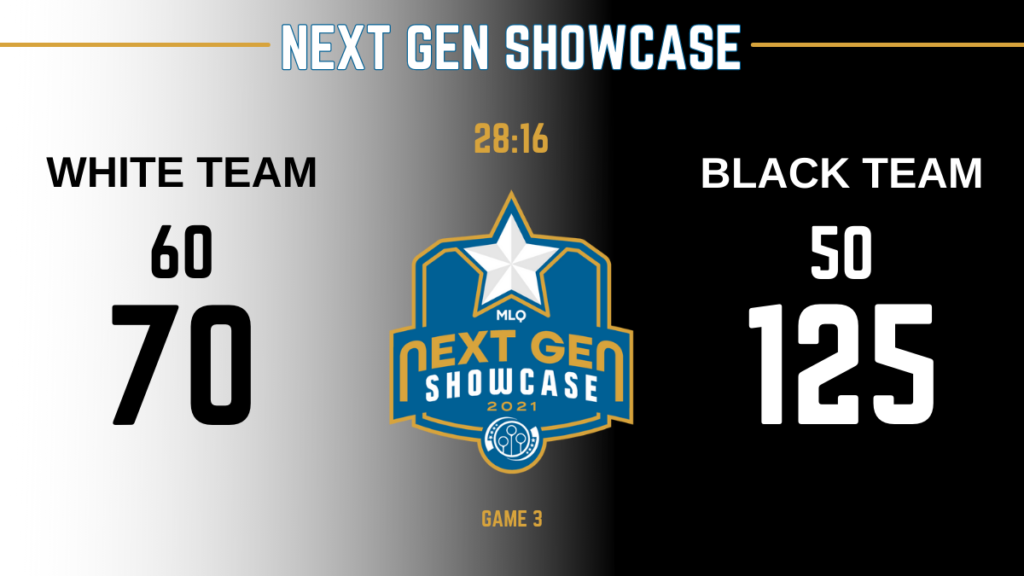 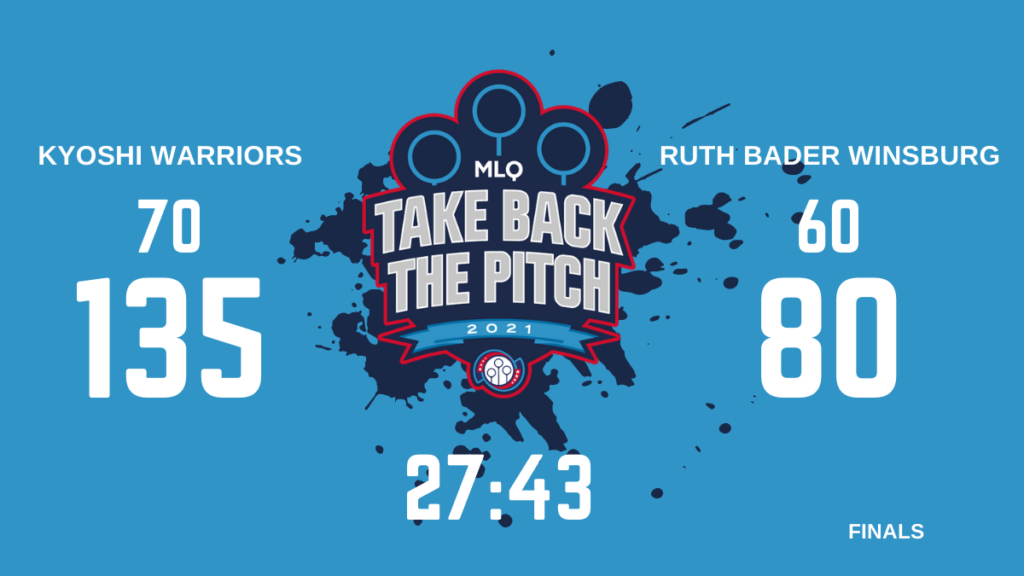 On Sunday evening, August 22, MLQ announced the most valuable players. They were April Grabnes from the Minneapolis Monarchs, JC Arencibia from the New York Titans, and Miguel Esparza from the San Antonio Soldados. This was one part of the evaluation of MLQ Championship. Another part was the analyzing stream on the MLQ Facebook page that aired on August 26.

Elkridge, Maryland (August 23, 2021) — After an exciting weekend of matches, Austin’s Major League Quidditch (MLQ) team is once again on top.

The Austin Outlaws won their third league title at Troy Park in Howard County, Maryland, on Sunday. They reclaimed the crown with a sweep over the number[-]one[-]seed New York Titans in the finals, which capped a dominant run through the bracket.

“It feels right,” said head coach Juan Martinez. “It feels appropriate for the amount of effort that everybody was able to put in.”

Austin previously took home back-to-back trophies in 2017 and 2018 but fell to the Boston Forge in a 2019 finals upset. Boston entered the weekend as the most successful team in league history with three championships, a mark that the Outlaws have now tied.

The 2021 MLQ Championship featured the top 12 real-life quidditch teams in the country over the course of a two-day tournament. The Outlaws knocked out the hometown Washington Admirals in the quarterfinals on Saturday evening before avenging their upset loss to the Forge in the semifinals on Sunday morning.

Quidditch is a mixed-gender, full-contact sport played by around 600 teams in almost 40 countries. The rules, originally adapted from the Harry Potter book series, incorporate a mix of elements from basketball, rugby and dodgeball.

MLQ is the highest level of quidditch in North America. The league is home to 15 franchises and one trial expansion team across the U.S. and Canada and runs from June to August. The teams recruit star players from local college quidditch programs like the University of Maryland and George Mason University.

The MLQ Championship is the league’s marquee event. Howard County was originally selected to host the 2020 edition of the tournament in November 2019. When the 2020 season was cancelled because of the COVID-19 pandemic, MLQ opted to give Howard County the opportunity to host the 2021 finale.

MLQ became the first quidditch league to resume gameplay in June. Previously, no competitive quidditch games at any level had been contested in the U.S. since March 2020. The league has responded to the rise in Delta variant cases by requiring teams in high transmission areas to report negative tests before matches. No team can compete in 2021 unless all its participating athletes are fully vaccinated.

The action will continue on Monday from 9 a.m. to 3 p.m. with the inaugural Take Back the Pitch event, a showcase with four teams drafted from a player pool of only athletes who are not cis men. The event aims to challenge current understandings of gender in quidditch and create additional opportunities for cis and trans women, non-binary folk and trans men.