Castium Revelio: The Countess’s Return and the Father’s Birthday

Welcome to another edition of MuggleNet’s Casting News! Last week, we showed you lots of trailers and interviews, but this week, we’ve got premiere dates for several different shows and a definite answer to one of the second Downton Abbey film’s biggest questions. Let’s get into it! Castium Revelio!

First up this week is some news from Netflix. Earlier this week, it announced that the Enola Holmes sequel has finished filming! The first movie was released in 2020 and featured Helena Bonham Carter (Bellatrix Lestrange) as Eudoria Holmes. Jack Thorne (cowriter of Cursed Child) has written the screenplay for both films, and David Thewlis (Remus Lupin) has joined the cast for the second. A teaser photo from the set was released alongside the announcement. Check it out below and see if you can deduce anything!

The sequel to ENOLA HOLMES has officially wrapped! Until it arrives on Netflix, enjoy this first clue to Enola’s next great adventure… pic.twitter.com/YKyyPxebwO

We've got a very exciting report from the Warner Bros. Studio Tour Hollywood. Freddie Stroma's (Cormac McLaggen) Vigilante is being immortalized in an all-new Peacemaker section of the tour! The display features props, costumes, and a life-sized statue of Peacemaker's sidekick, Eagly. You can get exclusive merchandise from the series from the studio's shop. The display will be available to the public until May 27.

Next up is the first of our release dates. The BBC's upcoming police drama The Responder features David Bradley and Ian Hart (Argus Filch and Professor Quirrell, respectively), alongside lead actors Martin Freeman (Sherlock) and Adelayo Adedayo (Timewasters). The show will follow Freeman's unconventional cop, Chris, as he takes on a rookie partner (Adedayo). The first of five episodes will premiere on January 24, with one episode a week being aired after that. Check out the trailer below!

Our second release date is for Netflix's upcoming Big Mouth spinoff series, Human Resources. David Thewlis was announced as part of the cast for the show back in June and will reprise his role as the Shame Wizard. The show's release date is March 18, and six new cast members have recently been announced.

We have another trailer for Sir Kenneth Branagh's (Gilderoy Lockhart) upcoming adaptation of Agatha Christie's Death on the Nile. Branagh has written and directed the film and is also taking on the role of famous detective Hercule Poirot. The film is the second Christie novel that Branagh has adapted. You can watch the trailer below.

We have the nomination list for AARP the Magazine's annual Movies for Grownups Awards up next. Jim Broadbent's role in The Duke has gained him a nomination in the Best Actor category, while Ciarán Hinds and Timothy Spall (Aberforth Dumbledore and Peter Pettigrew) have both received nominations in the Best Supporting Actor category for their roles in Belfast and Spencer, respectively. Both films also received a nomination in the Best Time Capsule category, with Belfast's director, Sir Kenneth Branagh, being nominated for Best Director and Best Screenwriter. Belfast has also been nominated for Best Intergenerational Film, and it will compete against Broadbent's The Duke and Harry Melling, Brendan Gleeson, and Ralph Ineson's (Dudley Dursley, Mad-Eye Moody, and Amycus Carrow, respectively) The Tragedy of Macbeth in the Best Grownup Love Story category. Helena Bonham Carter will also be featured in the lineup, with The Crown being nominated for Best TV Series. Good luck to all of those nominated!

Belfast has also received a nomination at the Screen Actors Guild Awards. The film has been nominated for Outstanding Performance by a Cast in a Motion Picture, where it will face Ron Perlman's (Gnarlak in Fantastic Beasts) Don't Look Up. The ceremony will take place on February 27. Good luck to Branagh, Hinds, and Perlman!

We've got another trailer to show you next, this time for the second season of State of the Union. This season will star Brendan Gleeson, and it follows the conversations of a couple as they wait to go into the therapy room. This season will take place in a cafe and will comprise five short, 10-minute episodes. The show will premiere on SundanceTV on February 14, but until then, we do have a trailer that you can watch!

We've got news on the Wizarding World's other Gleeson next. Domhnall Gleeson (Bill Weasley) is set to star in a new psychological series called The Patient. The show will follow Gleeson's character, a serial killer who kidnaps a psychotherapist and keeps him locked up until he helps to curb his homicidal tendencies. However, while dealing with his new patient, the therapist (played by Steve Carell) starts to unwind his own troubles.

For any fans of Matthew Lewis's (Neville Longbottom) All Creatures Great and Small, there's some very exciting news next. The show has been renewed for its third and fourth seasons!  The show was one of PBS's biggest hits last year, so it's no surprise that we're getting more. Each season will comprise seven episodes, with filming beginning in Yorkshire this spring. Are you excited about the upcoming seasons?

There's even more news from Timothy Spall next. He will star in The Last Bus, a film about an ex-soldier who embarks on a journey across Britain using his free bus pass in order to fulfill a promise he made to his late wife. Along his journey, he experiences a side of the country that he didn't know existed and relives moments of his past. The film was shot in late 2019 in several locations across Scotland, and now we've got our first peek at the action. Have a look at the trailer below!

Next up is a new children's film featuring Ralph Fiennes (Lord Voldemort). He's been cast in Netflix's upcoming adaptation of Roald Dahl's short story collection The Wonderful Story of Henry Sugar and Six More. This is the first film to be released after the streaming site took over the rights for the Roald Dahl Story Company late last year. The film is set to be directed by Wes Anderson (The Grand Budapest Hotel) and will also star Benedict Cumberbatch (The Power of the Dog) and Dev Patel (Slumdog Millionaire).

There's exciting news for Doctor Who fans now. David Tennant's (Barty Crouch Jr.) Tenth Doctor will feature in an upcoming audio drama called Doctor Who – Out of Time: Wink. The new adventure will see him team up with Colin Baker's Sixth Doctor to take on one of the franchise's most famous enemies: the Weeping Angels. A short clip has been released, teasing, "To save a civilization, the Doctors must keep their eyes on the Angels. Don’t blink. Don’t even wink." 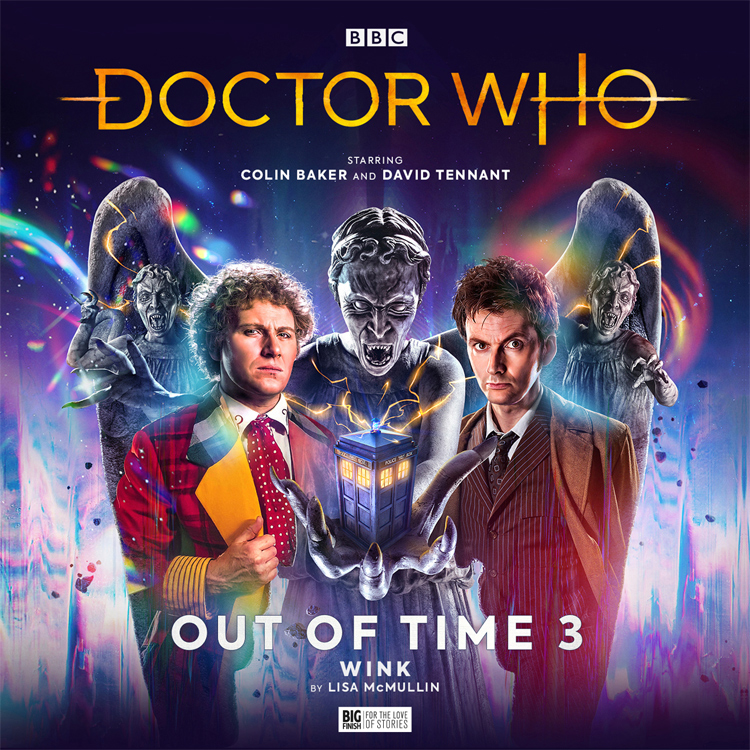 After last week's birthday wishes for Eddie Redmayne, we've got another Wizarding World alum to celebrate now. Composer John Williams celebrates his 90th birthday this summer, and the Kennedy Center has set up a very special party. On June 22, the National Symphony Orchestra will perform his score of E.T.: The Extra-Terrestrial while the film is being shown, and on June 24, the orchestra will do the same for Jurassic Park. In between the two concerts, the Center is also putting on a gala dinner, with special guests, including Steven Spielberg. Tickets are available for all three events, ranging between $29 and $199.

There are yet more birthday celebrations, but this time it's for fictional priest Father Brown. Mark Williams (Arthur Weasley) has been playing the character since the show began 100 episodes ago. A photo was recently released of him in costume holding a bunch of balloons. The 100th episode aired yesterday. We hope the cast, including Williams, celebrated the occasion accordingly! 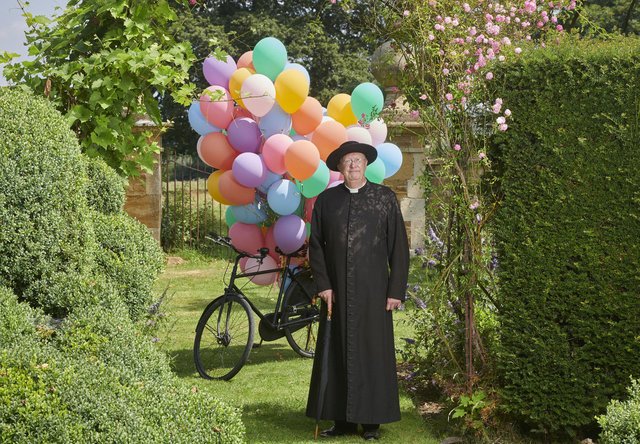 Our final Harry Potter cast member this week is Dame Maggie Smith (Professor McGonagall). After months of questions as to whether she would return as the Dowager Countess for the second Downton Abbey film, we learned back in August that we would probably be seeing her in the role again. Now, we actually have a photo of her back in costume! The photo proves that the Countess is definitely alive and sharing as much gossip as ever. If you're still doubting us, check out the photo below! 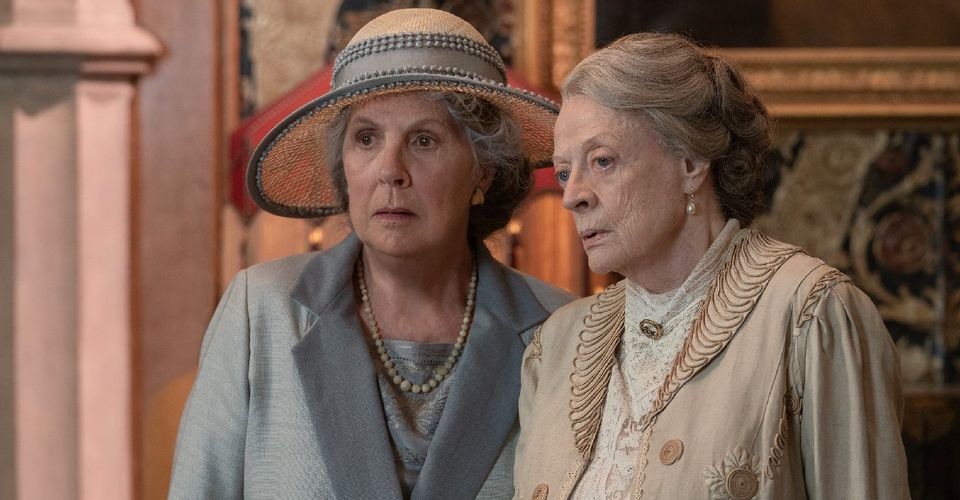 We've got a trailer featuring Zoë Kravitz (Leta Lestrange) to show you next. She stars in KIMI, a thriller set in a world in which everyone is under constant voice surveillance. Kravitz's character is one of the people who analyzes the recordings, but when one of her tapes catches a murder taking place, she is thrown into confusion when her colleagues stop her from reporting it. The first trailer was released recently, and you can take a look at it below.

The final release date we have for you today is for The Offer. The limited series is about the making of the beloved mafia drama The Godfather. Dan Fogler (Jacob Kowalski) will play Francis Ford Coppola, who directed the films. The show will start streaming on Paramount+ on April 28, with the first three episodes available on launch and the remaining seven being released weekly after that.

We've already told you about one of Jack Thorne's upcoming projects, but we have information about another one as well! His show Help was shown on Channel 4 at the end of last year, but now the show can be watched in the US on Acorn beginning January 31. The show follows the life of a struggling care worker during the pandemic.

America, Help is on Acorn from the 31st January. It’s about a care home in Liverpool during the pandemic and government inaction. What happened here also happened where you are. https://t.co/XaYNnzkNs0

Our final report this week is very exciting news from the West End. Sonia Friedman's (producer) adaptation of To Kill a Mockingbird will finally hit the stage! The show was originally set to debut two years ago, but with the difficulties of the pandemic, the date has had to be continuously pushed back. The show will be in previews at the Gielgud Theatre beginning March 10. Will you be hoping to watch it?

That’s a wrap on this week’s Casting News! From final journeys to technological crimes, this edition has come with lots of trailers, celebrations, and nominations. Which of these projects are you anticipating the most?