While the Spring Regional Championships of the 2021–2022 USQ season are close, the organization is making preparations for the next season of Muggle quidditch in the United States. US Quidditch (USQ) has announced the dates and locations for the 2022–2023 regional championships.

USQ’s event department realizes that Halloween weekend is tough for some teams. To avoid starting regionals any earlier in October and multiple events taking place on the same weekend, only one regional will have to be held on October 29-30, 2022. When scheduling, USQ considered which regionals were on this weekend during the 2021-22 season.

The first regional will be the Great Lakes Regional Championship in South Bend, Indiana, on October 29–30. It will be the first time that any USQ events will have been hosted there.

The next regional tournament will be the Northeast Regional Championship (NERC). NERC should be held on November 5–6, but USQ has not announced where yet. It might be because of the cancellation of the last NERC. USQ might be considering Warwick, Rhode Island, to host again.

It is already known where the Midwest Regional Championship (MWRC) will be held. It will be in Cedar Rapids, Iowa, on November 12–13. The last time MWRC was there was in 2018. 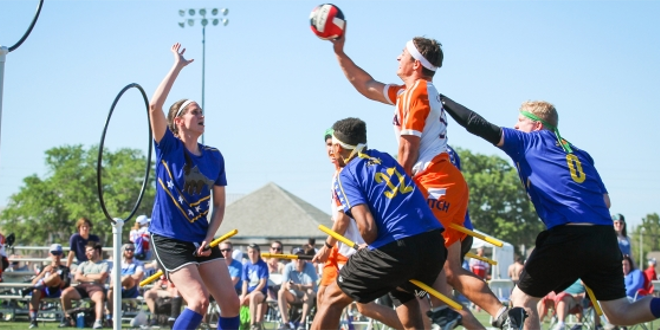 The West Regional Championship will be organized in Livermore, California, on February 18–19, 2023. The event was held there already in 2017 and also in 2020 as one of the only tournaments that was actually held that year.

The last regional championship in the season will be the Southwest Regional Championship on February 25–26, 2023. For now, the event is scheduled for Round Rock, Texas, but it isn’t clear if it will be hosted there due to the state’s House Bill 25.