The Weasleys Are Taking Over Cameo

Despite being part of one of the Wizarding World‘s most beloved families, the Weasley twins are making Arthur proud by taking on Muggle technology, having seemingly found their calling on the short video platform Cameo.

The platform recently released statistics from 2021, and it turns out that both James and Oliver Phelps (who play Fred and George Weasley, respectively) made a huge impact. Both are listed as part of the top ten most requested British celebrities, with James ranking sixth and Oliver just beating him at fourth. Congratulations to the twins for their amazing year on Cameo! 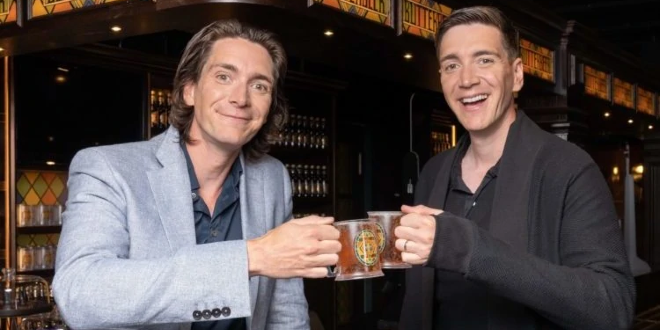 Unfortunately, neither twin made it onto the global ranking list. Buckley takes the crown for both the global and UK lists, while star of The Office Brian Baumgartner and influencer White Claw Gabe take second and third globally. Other celebrities featured on the global list include reality TV star Big Ed, pro wrestling legend Mick Foley, and Buffy the Vampire Slayer actor James Marsters.

Despite other Harry Potter stars being on Cameo, the twins are the only two to make the top ten. Fellow Weasleys Bonnie Wright and Chris Rankin, Fantastic Beasts star Dan Fogler, and most recently, Tom Felton – as well as many others – are available to book on the site too. The Phelps twins also have a joint account, although they currently aren’t taking bookings. Did you receive a magical Cameo for Christmas this year? Let us know who it was from in the comments below!