All Aboard: Terry Hartill Bakes Another Magical “Potter” Cake

Former Great British Bake Off contestant Terry Hartill has created yet another incredible cake inspired by the Harry Potter series: the Hogwarts Express.

Hartill, who has already created a giant gingerbread Hogwarts Castle, a gingerbread Hagrid’s hut, and a cake version of Dobby the house-elf, was commissioned to create a cake that looks like the Hogwarts Express for a party for “Harry Potter appreciation enthusiasts in conjunction with Warners Bros Studios” as a part of the 20th anniversary of Harry Potter and the Sorcerer’s Stone being released in theaters. 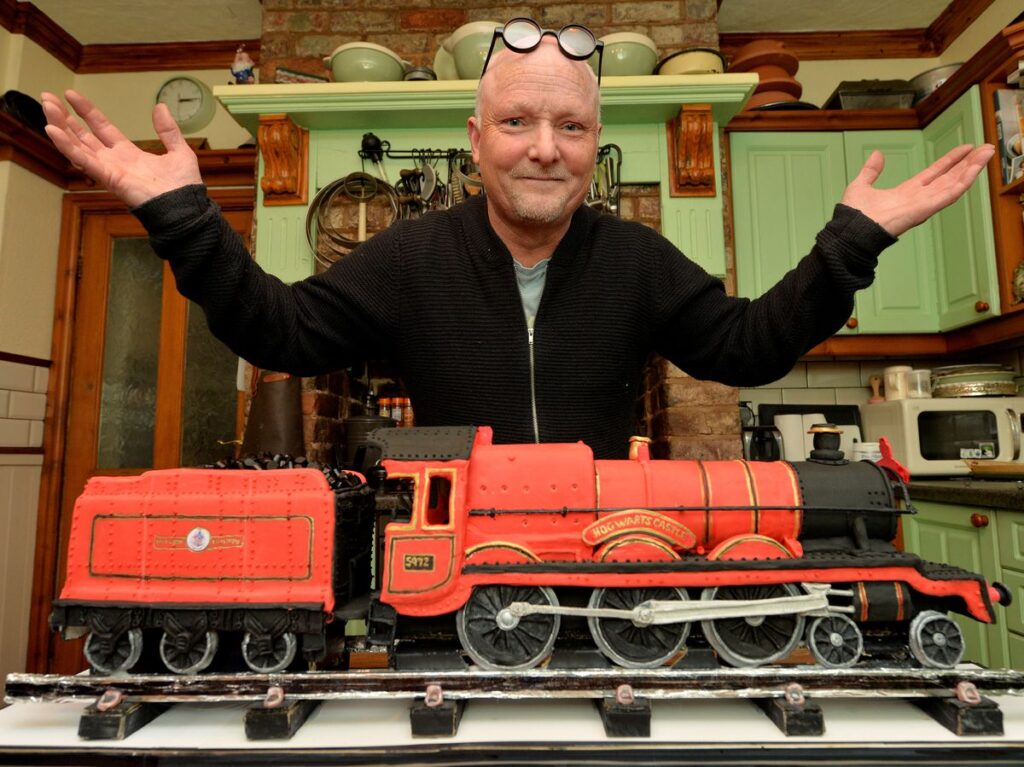 Hartill with his Hogwarts Express cake

The likeness to the Hogwarts Express seen in the films is extraordinary, from the 5972 and Hogwarts crest to the tiny details, such as the metallic structure made lifelike with the circular bolts and the intricate wheels that almost look as if they’re about to start rotating.

Hartill’s previous occupations as a ceramicist and engineer were particularly useful in the creation of this masterpiece, which took 60 hours to create and stands around 4 feet long and just under 12 inches high.

The bake is made from a rich fruitcake with confectionary additions (for example, licorice for the coal), and Hartill admitted that he enjoyed making the Hogwarts Express because it proved to be a different sort of challenge for him.

During the past year, I have been commissioned to make many cakes in gingerbread with a Harry Potter theme, and it was good to work with fruit cake [sic], as, once the icing is on, it sets hard.

This has been a nice creation to make, as it contains engineering details and as I am a bit of a steam enthusiast.

I like things to be detailed, and this is really intricate cake art.

Making these cakes is not something I regard as work but something challenging and more like a puzzle. 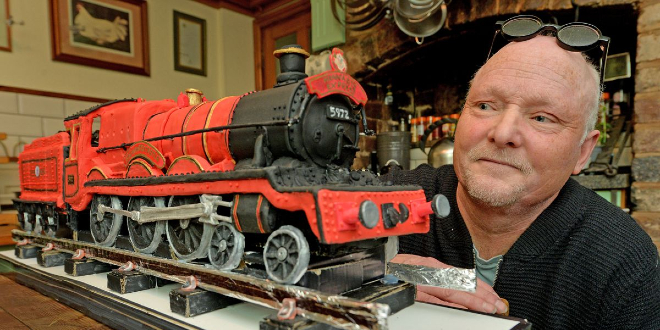 Hartill with his cake

We’re certainly impressed with Hartill’s fantastic cake, and we can’t wait to discover what other Potter-themed bakes he’ll create in the future.