Castium Revelio: The First Poster of a New Era

Welcome to this week’s edition of MuggleNet’s Casting News! We’ve got news from Gotham City and the Upside Down, as well as the first official trailer for Downton Abbey: A New Era and a final tease about the end of Killing Eve. Castium Revelio!

Before we get to all of that, however, we've got news of an early release to streaming services for Rhys Ifans and Ralph Fiennes's (Xenophilius Lovegood and Lord Voldemort, respectively) The King's Man. It will be released on Hulu and HBO Max on February 18 but will hit Disney+ under the Star category on February 9 in the UK, Ireland, Japan, and Korea. The rest of the world will have to wait to catch the action on February 23. Will you be hoping to watch it when it's available in your country?

Do you remember the title release for Jason Isaacs's (Lucius Malfoy) upcoming series The Boys: Diabolical that we showed you last week? Well, we have even more action from the animated series to share with you this week! The first trailer for the show, which is a spin-off of Amazon Prime's hit superhero-inspired The Boys, was released earlier this week. Take a look at the trailer below!

We've got one more trailer on the way for you now. It's the first trailer for Benediction, a new film about the ups and downs of war poet Siegfried Sassoon. Gemma Jones (Madam Pomfrey) will play the older version of Sassoon's wife, Hester, with Peter Capaldi (Doctor Who) starring as Sassoon himself. Jack Lowden (War & Peace) and Kate Phillips (The Crown) are set to play the younger versions of their characters. Check out the trailer below!

Ian Hart (Professor Quirrell) has joined the cast for Season 2 of Apple TV+'s The Mosquito Coast. The drama follows an inventor who uproots his family when they discover that they are being tracked down by the US government, only to end up on a dangerous quest through Mexico. The series is based on a book of the same name by Paul Theroux. We don't yet have a release date for the second season or any details on Hart's upcoming role.

Speaking of new roles, Ciarán Hinds (Aberforth Dumbledore) has landed himself a role in The Dry, a new drama about a woman who returns to her life in Dublin after years of partying in London, intent on turning her life around. However, this proves harder than she ever expected, as being around her family brings up issues that nobody wants to face. The first images from the show were released earlier this week. You can have a look at one of them below! 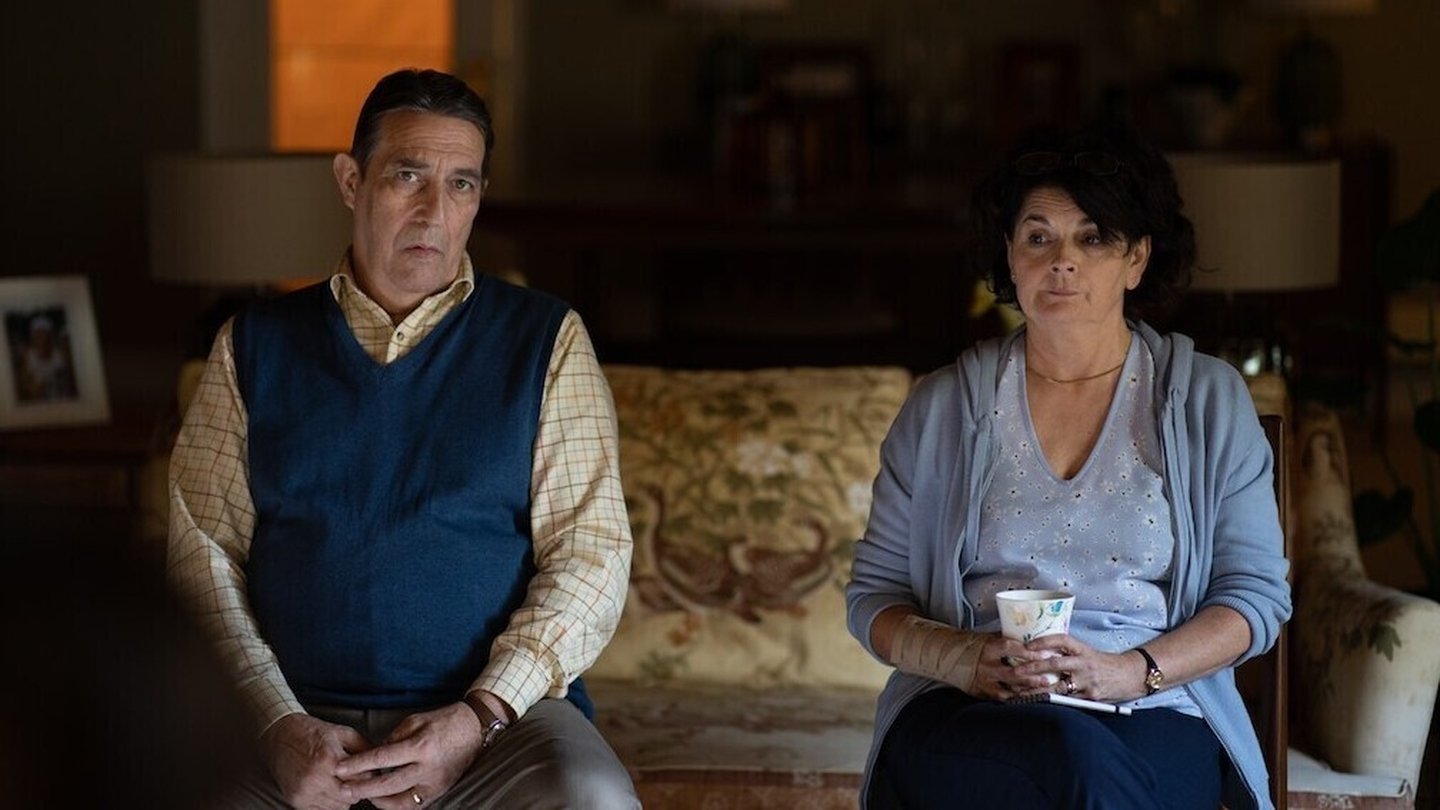 There are some mysterious happenings in the Upside Down for us to tell you about next. We've all been awaiting the arrival of Stranger Things Season 4, especially since it will see Jamie Campbell Bower (young Gellert Grindelwald) join the show. Netflix recently surprised us all with the announcement that Season 4 would have not one but two volumes and shared the release dates for both volumes in a letter from the creators! The show's Twitter and Instagram accounts have also been very active, posting every day counting down to this announcement. Take a look at one of the posts below!

Speaking of teasers, we've got one final interview from the cast of Killing Eve before the final season premieres on February 27. The interview features both lead actresses – Jodie Comer and Sandra Oh – as well as Fiona Shaw (Petunia Dursley), Kim Bodnia, and the main writers for all four seasons. Comer teased that we would be seeing more of her character, Villanelle, interacting with Shaw's Carolyn Martens. Shaw didn't have many teasers to share, but she did say that she's "been in some wonderful shows in [her] life, but in the end, it’s only a handful that you really miss. And this is going to be one of them.” You can watch the interview below and see if you can spot any teasers we missed!

While some shows might be coming to an end, others are just beginning. Peacemaker has been renewed for a second season! The show follows John Cena's Peacemaker and Freddie Stroma's Vigilante, as well as a bunch of other super characters. The announcement of a second season came the day after the first season's final episode was aired, and so far, we have very limited detail on what this second season might entail, or when we might get to see it. Stay tuned for when we do have more information to share!

That’s right, #Peacemaker is coming back for Season Two. Thanks to Peter Safran, @JohnCena, our incredible cast & crew, our wildly supportive & lovely friends at @HBOMax - and mostly all of you for watching! @DCpeacemaker pic.twitter.com/wZSZBivrDQ

We've also got the first full-length trailer for Downton Abbey: A New Era and a brand-new poster! Both Dame Maggie Smith (Professor McGonagall) and Imelda Staunton (Dolores Umbridge) are featured in the trailer, with the entire Crawley family making an appearance on the poster. These teasers come after a recent announcement that the film's release would have to be pushed back, and they have easily ramped up our anticipation! Have a look below at the poster and the trailer. 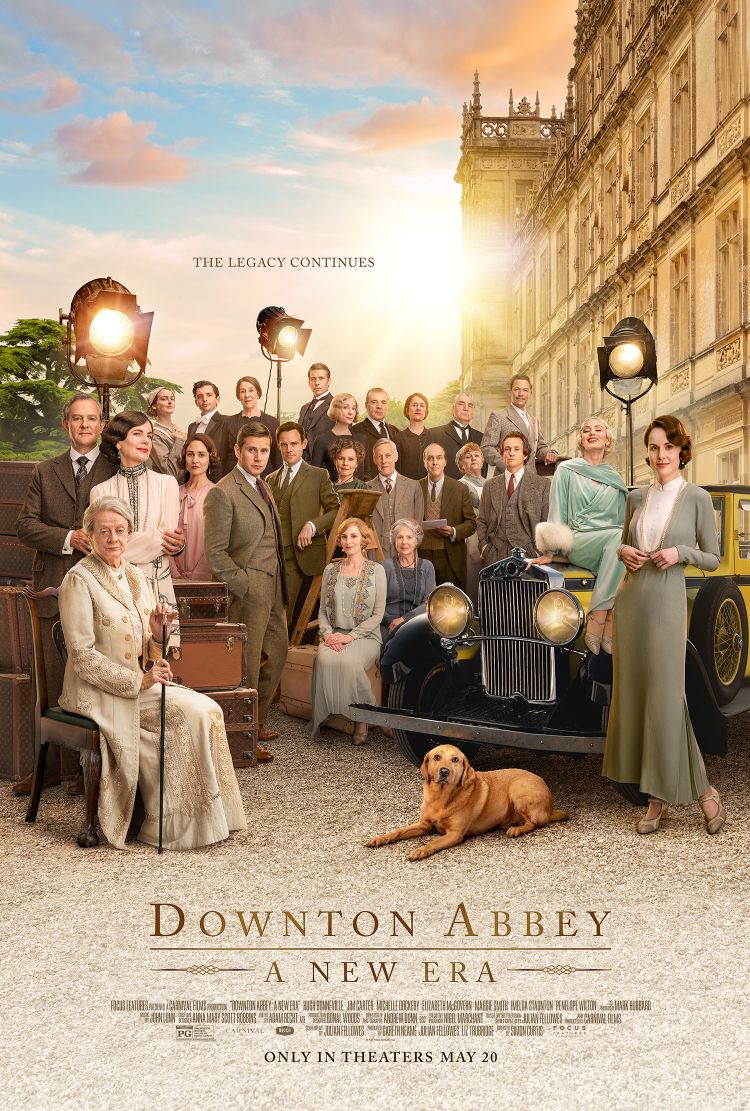 From the seat of the Crawley family to the throne of England next. Jude Law (Albus Dumbledore) is set to play the notorious King Henry VIII in a new historical drama called Firebrand. Law will star alongside Alicia Vikander (Ex Machina), who will play his sixth and final wife, Katherine Parr. We don't have much detail about when we'll be able to see Law's portrayal of one of England's most famous kings, but we'll let you know as soon as we do.

We've got a couple of stories from Gotham City to finish off this edition. We finally have a Chinese release date for The Batman! There were questions as to whether the film would be shown in China, but we now know that it will premiere on March 18. This is even better news considering the comments that Colin Farrell (Percival Graves) recently shared about Robert Pattinson's (Cedric Diggory in Harry Potter) costume. He described the first time seeing Pattinson in costume as "a gorgeous moment" in a recent interview. You can watch the whole interview below!

That’s a wrap on this week’s Casting News! Which of our trailers and posters has gotten you most excited for its respective project? Let us know in the comments below!