Rare first editions of the Harry Potter series have gone for many a pretty penny at auctions around the world. Another first edition of Harry Potter and the Philosopher’s Stone has been uncovered and is headed to auction.

Don’t go reaching for your own copies yet. Only 500 copies of this book were ever printed back in 1997, and the current owner and seller of this copy nearly lost the book around the time when it was first published. The seller mentioned that, at the time of purchase, the book lacked a dust jacket. Figuring it should have such a feature, he contemplated returning the book but decided last-minute to keep it in his own collection. “It was a moment of destiny,” he said. 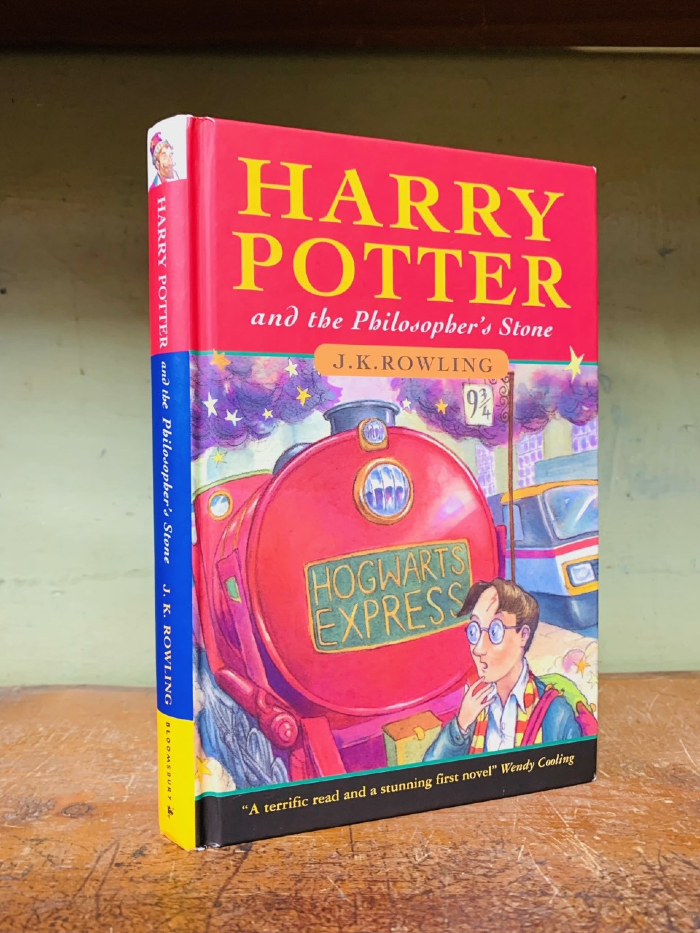 Hansons Auctioneers acquired the book from the seller. Expert Jim Spencer has caught media attention for being one of the few people who have the privilege of seeing and selling these first editions firsthand. To date, Spencer has sold 14 of the copies at auction for Hansons for a wide range of prices. He receives countless inquiries daily from potential sellers wondering if their copies are the ones that will be their golden goose.

The owner travelled a long way to see me. We sat down and made ourselves comfortable, but I was nervous about removing the book’s jacket. I receive countless Potter enquiries every single day, but this one had grabbed me, and I hoped it would be right. My only fear was that it was too good to be true. I inspected the book closely, again and again, comparing it with two other first issues of the same work, studying the covers and text with a magnifying glass. Everything added up perfectly. I couldn’t believe it. It was like stepping back in time to 1997. 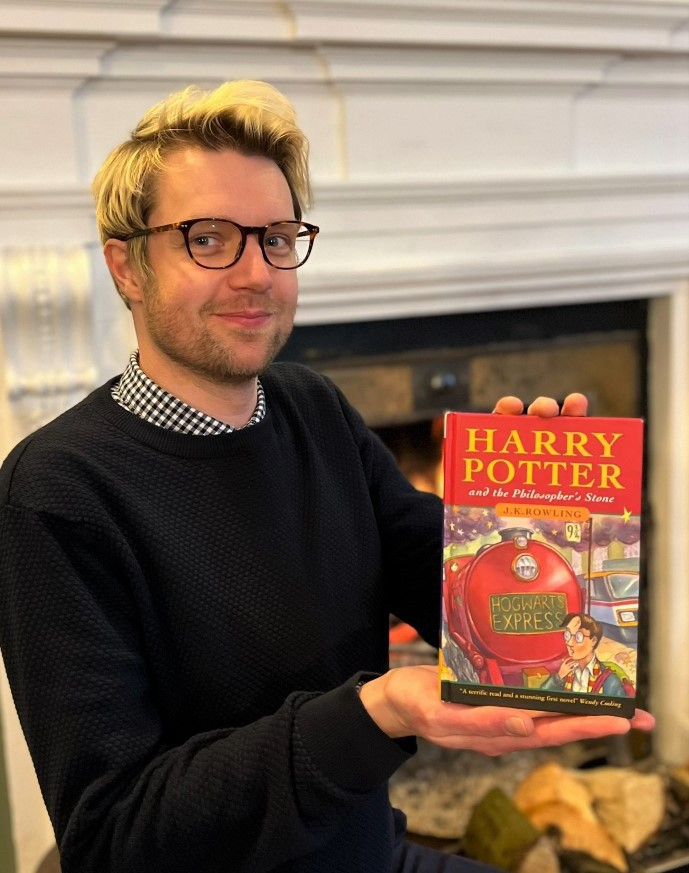 Lucky for Spencer and the seller, this copy of Philosopher’s Stone rarely saw the light of day. In an attempt to keep it in pristine condition, the seller tucked it away and left the book on a shelf, “unread, unopened and in a protective sleeve.” Given such circumstances, it’s predicted the book could run a price tag as much as £100,000 when it goes up for auction on March 9.

Only time will tell whether or not the book will indeed sell for such a hefty price, but hey, stranger things have happened. An auction house in Dallas, Texas, sold another first edition of Harry Potter and the Philosopher’s Stone for an unprecedented $471,000 (£349,186) in December. To date, it’s the highest price ever paid for a first-edition copy of Harry Potter. Charles Hanson, the owner of Hansons Auctioneers, commented on the current record-holding sale:

It would be amazing to beat the price achieved in America with this near[-]perfect, as-good-as-new Potter first edition. Our guide price is £40,000-£60,000, roughly the same as the estimate put on the book sold in Dallas. I’d like to think our copy could achieve £100,000 – or better still, smash the world record.

Mark your calendars for March 9 and see how high the price goes.