The wonderful and tasty food options at the Wizarding World of Harry Potter are notably famous. Do we even have to mention butterbeer? But an expanded menu is now making its way to the parks for vegan witches and wizards.

The first vegan-labeled menu options have hit the food stops around Universal Orlando Resort, and we’re eating up the news. According to @universalorlandovegans on Instagram, three new options can be found at the Wizarding World of Harry Potter in Orlando: Jackfruit & Mushroom Pie Platter, Irish Stew, and Shepherd’s Pasty Pie. As described on the official menus, the pie platter consists of “stewed jackfruit and mushroom pie served with a cucumber, radish and tomato side salad,” the Irish stew is made up of “vegan beef tip and potato stew; served with crusty bread and a cucumber, radish and tomato salad,” and the shepherd’s pie is made as a “meatless beef crumbles and vegetable stew hand pie; served with creamy stone ground mustard dipping sauce, apple beet salad, and wedge fries.”  While there are other items on the menus that are considered vegan, these officially labeled items are able to clear a path to more animal-friendly options for vegan witches and wizards around the country. 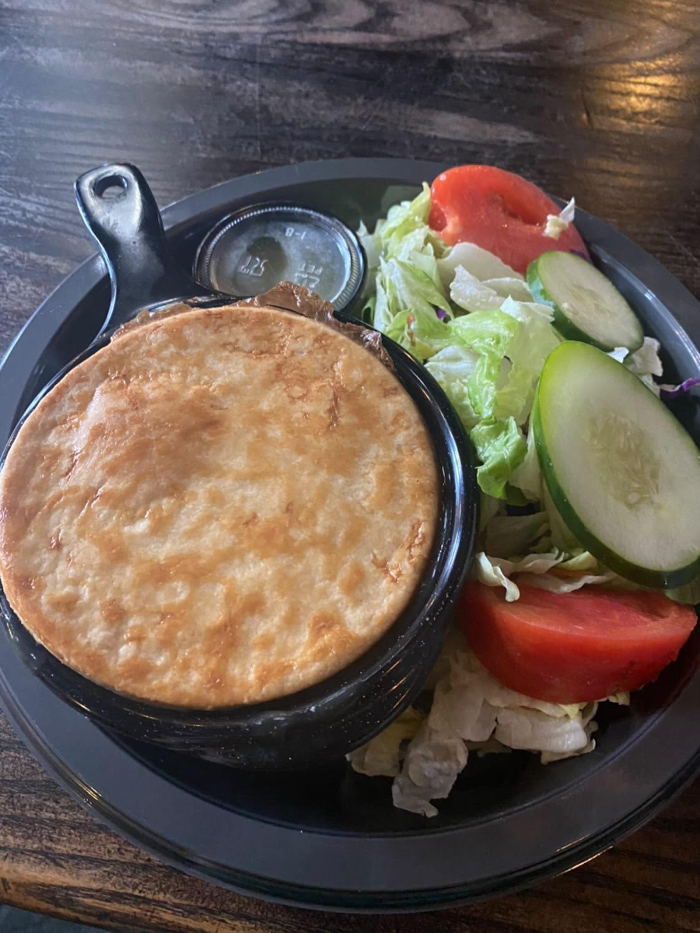 The Jackfruit & Mushroom Pie Platter is served with a cucumber, radish, and tomato side salad.

When we first learned about the appearance of the Jackfruit & Mushroom Pie Platter at Universal Orlando Resort, we reached out to Tylor Starr, President of the Protego Foundation, a Potter-inspired group dedicated to fighting for the rights of animals through the wizarding world fandom, and he had this to say about the addition:

A great first step, indeed. But is it enough? The Protego Foundation has also made efforts to bring vegan butterbeer to the table via petition. Accio Vegan Butterbeer calls for one simple thing: “Please offer vegan butterbeer at all theme park locations!” The petition is still live and collecting virtual signatures. It may not be so bold to hope that after these newer menu options, butterbeer may also get an animal-friendly recipe.

In other vegan news, fans are not the only ones making advances in plant-based arenas. It was recently announced that Tom Felton has joined forces with Jack & Bry as an investor and ambassador. Jack & Bry is a plant-based food business that strives to integrate sustainable ingredients. The company has already gained ground by developing a vegan pepperoni option exclusively for Papa John’s and PizzaExpress. Tom commented on the new partnership, saying, “Bryony and Jen have a great product; I’m excited to be involved and watch the company grow.” Jack & Bry is run by CEO Bryony Tin-Disbury and COO Jennifer Pardoe. Perhaps Universal can take a page from Tom’s book.