While most event cancellations due to COVID-19 happened last year, they’re not over yet. QuidditchUK had to make a hard decision and canceled the European Qualifier Tournament (EQT) 2022, as announced last month.

EQT is one of the most important Muggle quidditch tournaments in the United Kingdom because it’s a qualification tournament for the 2022 European Quidditch Cup (EQC). British teams are always a large part of EQC. In 2019, there were six teams in Division 1 and two teams in Division 2. Despite this, QuidditchUK has decided to cancel the event because of the COVID-19 pandemic situation.

The spiking COVID-19 numbers had left us feeling uneasy about hosting a 2-day event indoors, where approximately 350 people would be in an enclosed space for an entire weekend.

As this is only a qualification tournament for another event, unlike BQC, which has far more importance, we felt it irresponsible to carry on with this event when we do have access to other fair and objective metrics to determine qualification. 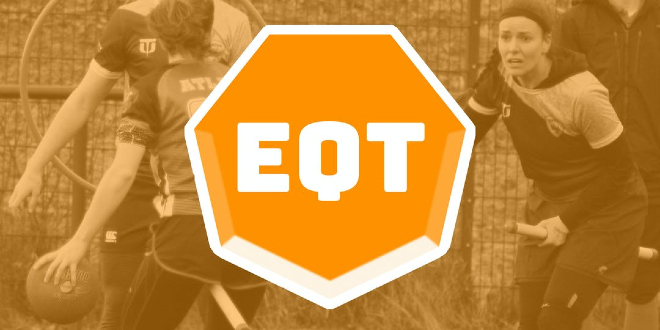 After the event’s cancellation, a decision had to be made about which teams would qualify for EQC. QuidditckUK took feedback from the clubs’ leadership during the Christmas holidays and made its decisions about spots.

Five teams will attend EQC Division 1: Werewolves of London Firsts and London Quidditch Club A in the first seed, Velociraptors QC in the second seed, the London Unspeakables in the third seed, and Olympians QC in the fourth seed. Another three teams – Oxford Mammoths and Southsea Quidditch Club in the first seed and Werewolves of London Seconds in the second seed – will go to EQC Division 2.

QuidditchUK has decided to continue to hold other tournaments according to schedule, such as the British Quidditch Cup and the Development Cup. This is mostly because these other tournaments aren’t indoors. The winning teams of both the Northern League and Southern League university tournaments will be given the remaining unseeded spots at EQC Division 2.