Sorting “After” Characters into Hogwarts Houses

With the movie adaptations becoming pretty popular, we couldn’t help but Sort the characters of After into their Hogwarts Houses. For those unfamiliar, After is about a girl named Tessa Young who falls in love with a boy named Hardin Scott. They are about as compatible as a Dudley and broccoli. Their love affair sparks plot twists and dramas comparable with a Jane Austen novel. Harry Potter fans would enjoy this series due to the epic romance and morally grey characters. There may be no epic battles, but there is definitely page-turning suspense. Evaluating the Houses these characters belong to has helped us better understand what makes them tick. Where do you think the characters from After should be placed? 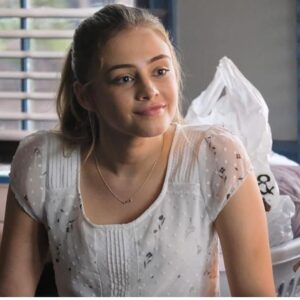 Tessa is a pretty easy one to Sort. She embodies Hufflepuff in every way imaginable. She is hard-working, loyal, kind, and very indecisive on whether she should stay with Hardin. Tessa does her absolute best to make top grades and be the best at her job. She values honesty and friendship and loves to lend a helping hand when she can. Her relationship with Hardin gets very toxic, but she remains loyal to her best friend, Landon, and makes sure to always be there for him. When Tessa gets a job at a publishing company, she makes sure she gets all of her work done in the most efficient way possible. This is a character who is always organized and always calculating and planning her next move. 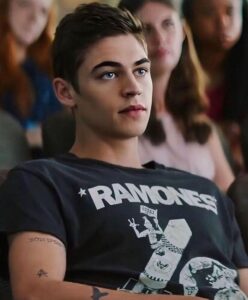 Hardin is also a pretty easy character to Sort. He is ambitious, determined, and can be very malicious. His relationship with Tessa may bring out the best in him at times, but he remains very guarded. He is someone who embodies the characteristic of “bristling.” When Hardin is faced with the consequences of his actions, he often lashes out at those around him and will do what he can to protect his bad-boy reputation. An example of Hardin’s traits as a Slytherin is one of the many fights that take place between him and Tessa (there are a lot of them). She defends her side of the argument by stating that her job is important to her and she doesn’t want to do anything to lose it. He rebuts by reminding her that he is the reason she got the job (his “uncle” is her boss). Hardin Scott is a Slytherin in every possible manner. 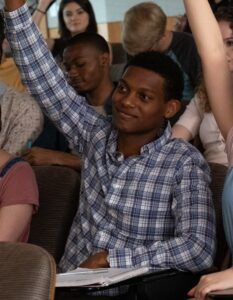 Landon is a little more difficult to place as he represents values shared by Ravenclaws (intelligence) and Hufflepuffs (loyalty), but he embodies a Gryffindor more strongly in his bravery, seeking of justice, and defensiveness over the ones he loves. Landon is often the one coming to Tessa’s defense against Hardin and becomes the voice of reason in Hardin’s life choices. He is a fierce friend to Tessa and is always there when she needs him, whether that be as a shoulder to cry on or someone to help her with a task. Landon takes on his Gryffindor role in After We Collided when he confronts Hardin after his fight with Tessa. It results in a physical altercation between the two and becomes a long-anticipated venting of pent-up aggression toward each other. 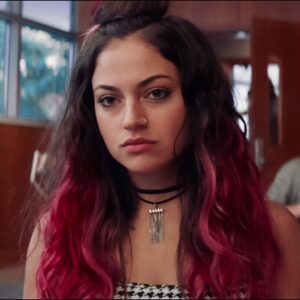 Molly is another tough one to place. She can easily seem Slytherin if you haven’t read the books. She definitely comes off as an ambitious personality, going after what she wants (Hardin). She even gets in a physical fight with Tessa over Hardin and the events of the first book/movie. She ends up becoming quite the Gryffindor when she comes to Tessa’s rescue in After We Fell after some events with Steph put her in harm’s way. Molly turns out to simply be a jealous and petty person who feels she has been wronged by Hardin. 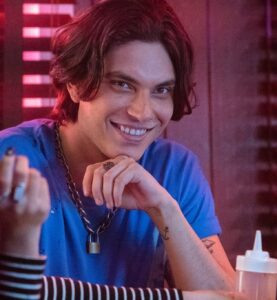 Zed is the definition of a Gryffindor in both positive and negative ways. On the positive, he seeks justice for Tessa and her honor multiple times. He often rescues her in social encounters by giving her someone to hang out with. He also becomes a shoulder to cry on at times when Tessa fights with Hardin. But Zed embodies the negative sides of a Gryffindor by becoming petty and malicious when he feels Tessa is using him as emotional support and therapy due to Hardin. (Being in a love triangle always ends badly for someone.) 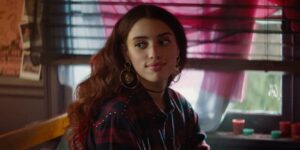 Steph is a very obvious Sorting to those who have read the books. She starts out as a friendly character and could be placed in Hufflepuff easily, but her character turns very Slytherin when we learn she has had malicious intent in her friendship with Tessa. Steph becomes quite cunning when she sets Tessa up to be assaulted at a frat party. She then tells Tessa that she has been playing nice all along and that she believes Tessa to be fake and an annoying presence. Her core value quickly becomes the intent to degrade Tessa and ruin her reputation – Slytherin indeed.

Now that we have given you our thoughts on how the characters from After should be Sorted, tell us what you think! Do you agree with our placements?