Romance is a large genre filled with many tropes and elements. Usually, when we think of romance as a genre, we think of rom-coms or dramas, where romance drives plot lines and ends up at the forefront of the story. But what does Harry Potter, a series firmly rooted in fantasy, look like when we view it through the lens of the romance genre? Let’s explore some of these romance elements, and more importantly, how the series develops them.

1. The “Happily Ever After” Ending

This is a romance trope that we’ve all seen time and time again, from Disney movies to feel-good rom-coms. The boy gets the girl, and everyone’s problems are concluded in a satisfying way. Harry Potter does have its “Happily Ever After” moment, as we see our protagonists with their families 19 years later. And to some, this may seem like pandering to the trope; after all the tragedy and horror in Harry Potter and the Deathly Hallows, we get a nicely rounded conclusion. But this chapter marks more than a fairy tale ending; it provides a conclusion to the things that Harry himself has been struggling with throughout the series – a sense of family. Harry may have ended up with Ginny and Hermione with Ron, but this scene gives us a picture of familial love, with Harry enjoying a mixture of the family he has found in his friends and the one he has in his children and wife. And for a series about an orphan, this is a powerful ending, one that is meaningful to Harry’s character and not just a fairy tale trope. 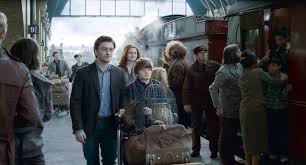 Harry Potter has its share of big, dramatic, and romantic moments. One of the most common tropes is the “realization” – when two friends finally realize their feelings for each other, and we watch the drama unfold as they decide if and how to act on it. In Ron and Hermione, we see a classic example of the way that a relationship can develop from being “just friends” to sliding into that realm of “it’s complicated.” When Ron is lying in the hospital wing after a near-death experience, we see this moment as both Hermione and Ron (albeit unconsciously) realize that their feelings for each other have slipped past that boundary of friendship. This moment comes after many small instances of dramatic build-up, through fights and moments of friendship that slowly knitted the two together. This build-up may have been one of the slowest of the relationships we see in this series. But to be fair to Ron and Hermione, the series is written from Harry’s point of view, and he can be rather oblivious to what’s happening around him. 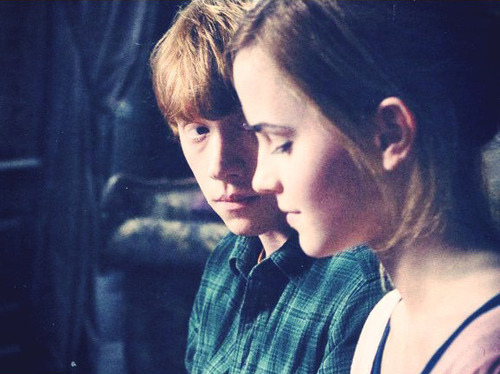 Ginny and Harry’s relationship is more of a story of the “girl getting the boy” rather than “the boy getting the girl.” What starts as a crush on Ginny’s part matures as Ginny and Harry grow up as friends, both developing their own characters outside of each other. In Harry Potter and the Half-Blood Prince, we see their relationship develop out of mutual respect and attraction, and after both have had experience in other relationships. Throughout their relationship, there is a bit of a “will they, won’t they” theme going on as the hardships brought by war and strife keep them apart. In that way, perhaps they’re the Ross and Rachael of Harry Potter (but 100% less toxic). This is a story of two people finding each other after they’ve both grown up and are confident in themselves. 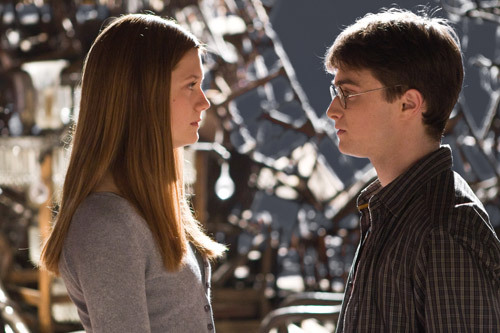 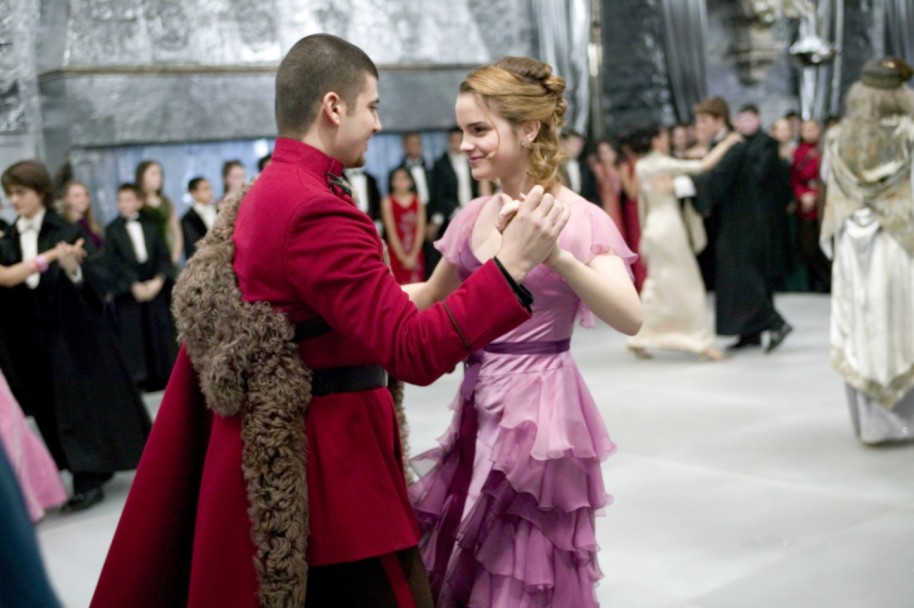 From the very beginning, Harry Potter is set in the aftermath of a tragic love story – that of Lily and James Potter. This idea of “doomed love” and the tragedy of their loss paints our understanding of Harry’s parents throughout the series, even as we develop our understanding of them as people rather than an ideal couple. In other couples like Remus and Tonks, we again see this pattern, but rather in reverse – two people with quirks and flaws who fall in love only to lose their lives to tragic circumstances. It goes to show that while a tragic love story may color our perceptions of these couples, it’s more important to remember them as people rather than “star-crossed lovers” or the “Romeo and Juliet” of the series. 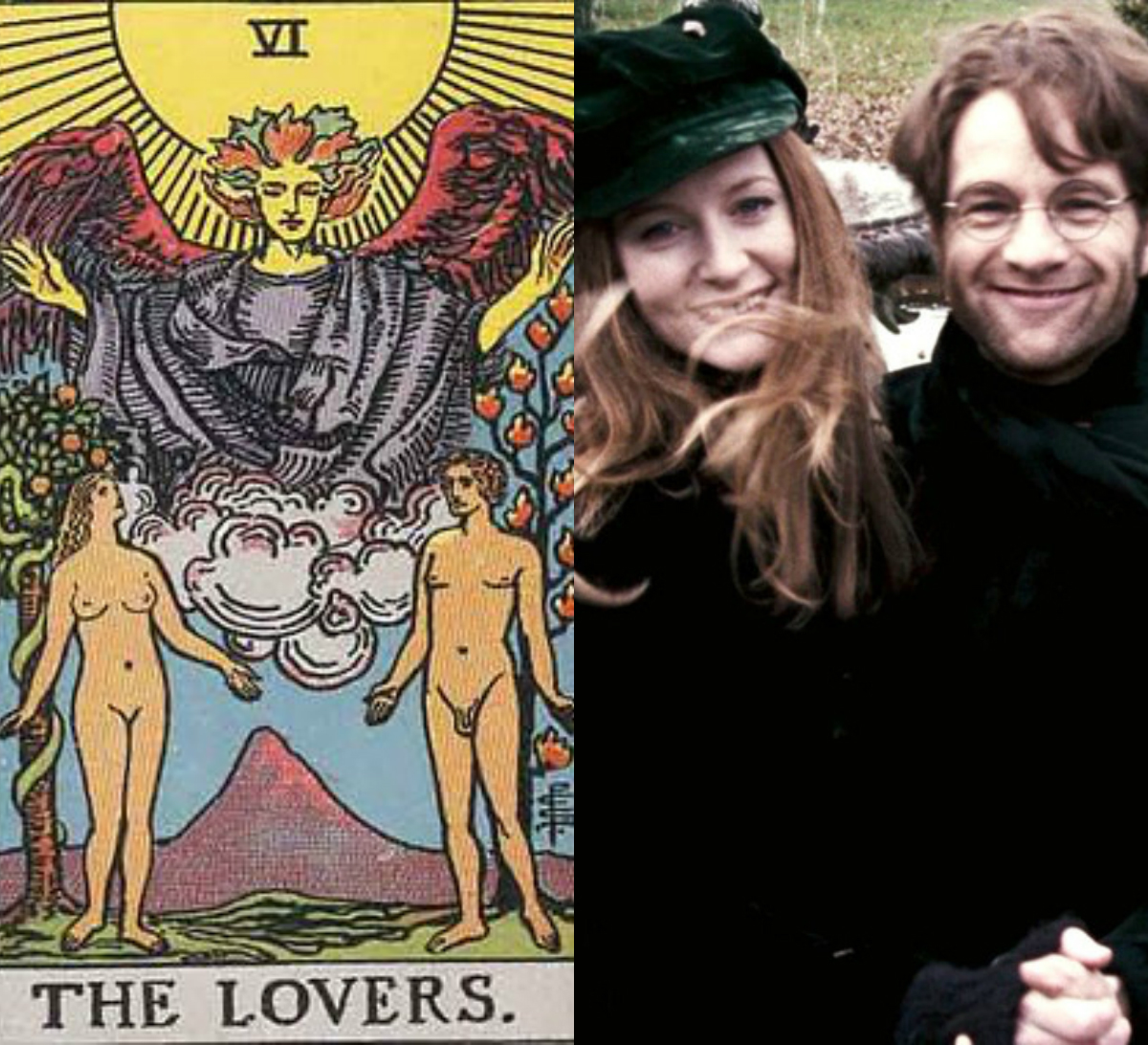 In many ways, love is one of the central ideas of Harry Potter. And while the inclusion of some romance genre tropes is pretty much inevitable, it’s refreshing to see the series modernize them in order to get at the true meaning of romance and love.