“This Is La Vie En Rose”: How Draco and Astoria Got Together

The following is an imagining of how Draco and Astoria might have got together. All fan art is by the author. Check out Part 1 of the story.

Draco and Astoria had been meeting for nearly a year. They would go to Fortescue’s every Sunday to have some ice cream or for a warm dinner during the freezing winter, and even though they would cast a warming spell around them as they walked down the street, no warmth felt as warm as staying close, hand in hand, arm in arm.

Astoria, as soft-spoken and graceful as she appeared on the outside, had a playful and intriguing personality among those close to her. The witch exuded joy and warmth, and something inside Draco’s heart twitched every time she laughed, smacking him on the back, unable to stop laughing.
Our boy fell. He fell hard.

Astoria was a pure-blood. However, Draco realized she had a very different upbringing from his own. She was not strict about having only pure-bloods and half-bloods as friends and got along well with Muggle-borns and even Muggles. She took Draco to Muggle London to shop for clothes, and although he was reluctant to go earlier, the city was indeed very charming, and the people were not too bad either.

The young Slytherin could never keep anything from his mother, and Narcissa, being Narcissa, could always tell whether he had something to say by a faint smile tugging at his lips or a slight gleam in his eyes.

She handed him an emerald ring; A Malfoy family heirloom passed down from Lucius’ mother.

“Give it to her when you’re both ready, Draco.”

It had been a year, and anticipation was slowly killing Draco. He needed to tell her soon.

He mustered up as much courage as he could as they stood in the balcony of a Muggle restaurant alone. 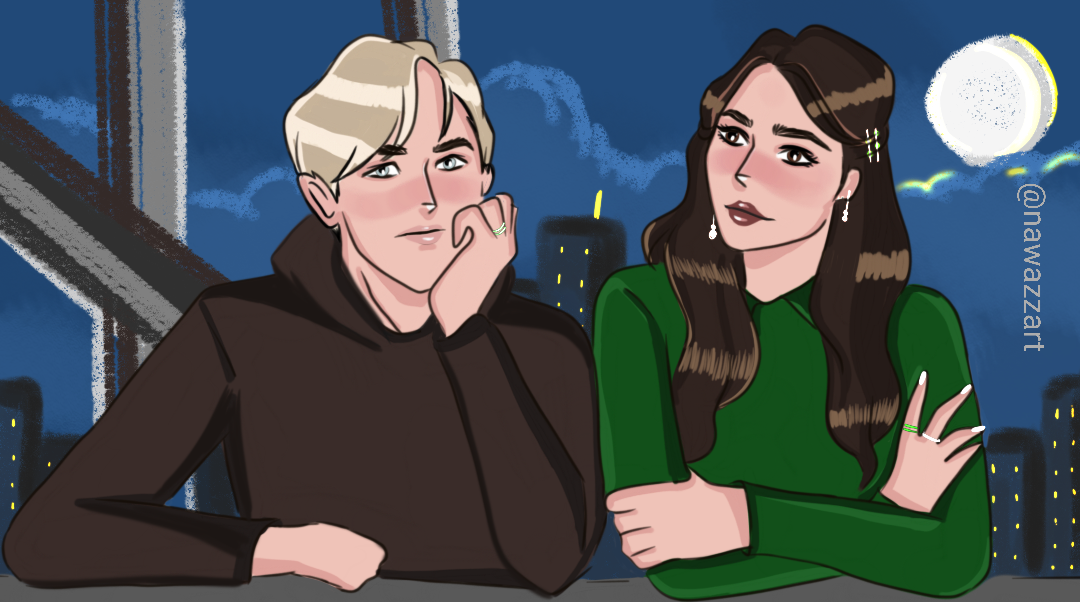 Astoria spoke first “The view is lovely, isn’t it?”

“Very lovely,” Draco said softly, glancing at Astoria, who turned and smiled at him.
Who knew Draco Malfoy could be this cheesy.

“I feel happy with you, Draco. Like all my problems have vanished.” She said this while looking straight ahead at the city, her eyes contemplating.

“What problems?” he questioned cautiously, keeping his hand on hers and looking her in the eyes between knotted brows.

“Everything is fine for the time being.” She said, her lips in a thin line, and gazed at him. “Draco, I’m glad I met you.”

“What’s the matter, Astoria?” He had become irritated at this point.

“You wouldn’t want to know,” she begged, taking her hand from his. Her voice was so small. He hated it.

“Please, Astoria. I want to know everything.” He looked up, tears welling up in his eyes. Something was wrong.

“I’m not going to live for very long,” she responded, her gaze fixed on everything but him. “I have inherited a blood curse.”

Draco stood there, holding her hand limply for a long time, trying to make sense of what he had just heard. Of course, he was heartbroken since they would not be able to spend their golden years together, and Astoria was such a sweet girl. She deserved to live a long, long life.

“All right, is it irreversible?” he asked.

“It is, unfortunately, incurable.” She remained still. 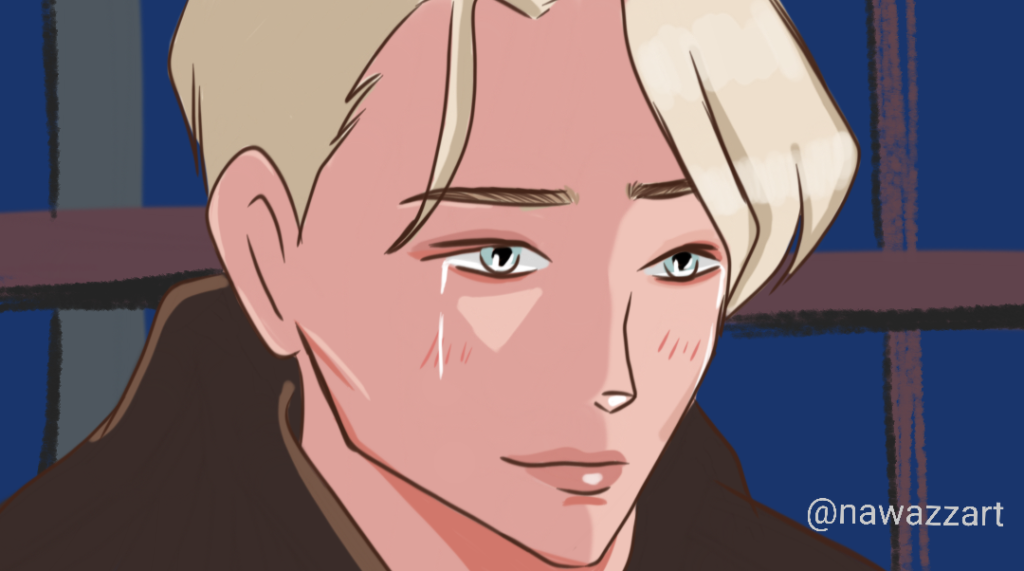 He gazed at her and tightened his grip on her hands before bringing them to his lips and kissing them. Her skin was pale, almost grey. As he watched her, a tear streamed down his cheek.

“Okay,” he continued after what seemed like hours, “I brought you something,” pulling the ring from his pocket.

Astoria stood there, her eyes wide open, just staring at him.

“I love you. You make me want to be a better man. I am deeply sorry about your curse. I want you in my life, and I will do everything in my power to keep you happy.” He answered softly, not looking away, as new tears streamed down both of their cheeks.

“I love you, Draco, but you deserve..” He put a finger to her lips as if he knew what she was going to say. 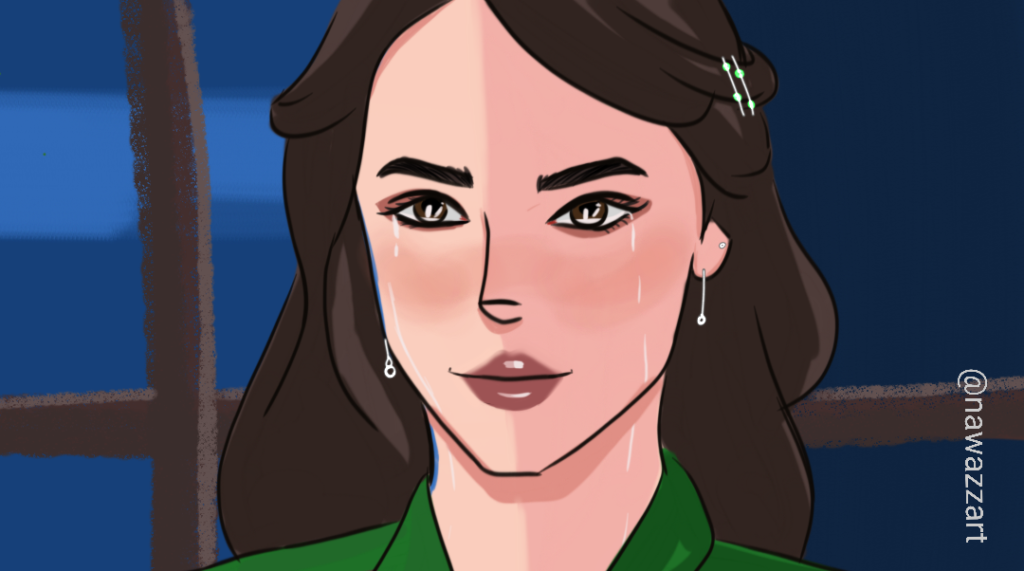 “There are no ifs or buts. It’s just you, it’s always been you, and it always will be you.” He whispered, his gaze drawn to her lovely brown eyes.

“But my curse-” she mumbled, her voice rough.

“I understand. But I want to make your life, however long, as beautiful as possible. Astoria, we’re going to have a great time.” He assured her, looking at her with love in his eyes.

“I love you,” she added with a smile.

“I love you more. Will you marry me?” He asked as he knelt with the ring in his hand.

“Yes,” she responded as she took his left hand in hers, and the entire sky in front of them began to shine with the sparkle of magical fireworks. 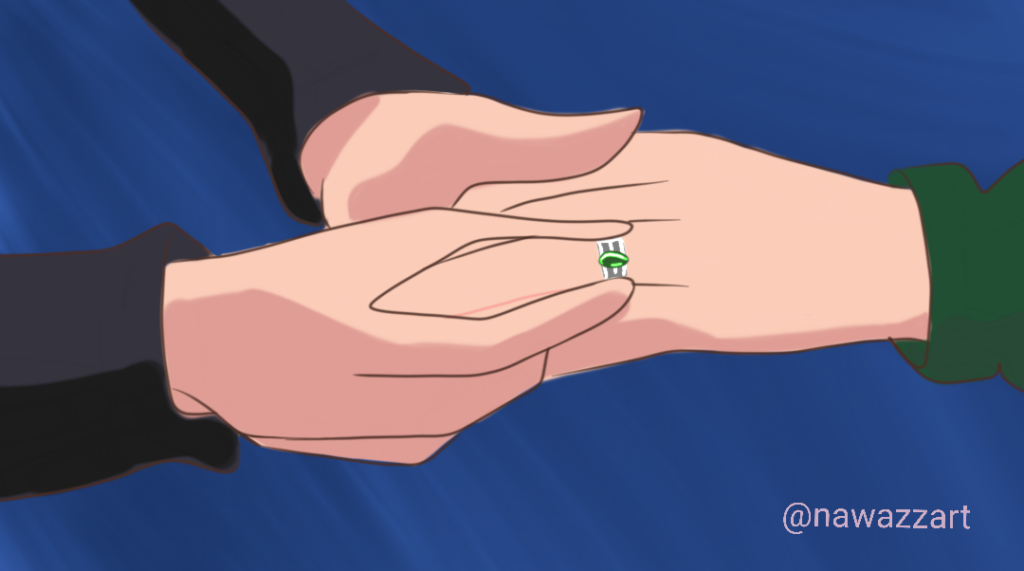 “Did you plan all of this? It’s beautiful, Draco.” She beamed, her brown eyes glittering.

“Well, I mean, you’re more…most…beautiful.” He burst out laughing, with tears in his eyes.

And life had never been so good for Draco.