Quidditch Europe previously announced that EQC Division 1 will be held in Limerick, Ireland, and EQC Division 2 in Brescia, Italy. After the announcement on November 10, 2021, NGBs had to confirm or forfeit their EQC spots. Most of these spots depend on whether NGBs have enough teams who will be able to attend the event. Unfortunately, multiple NGBs forfeited their spots for this year, and Quidditch Europe had to finalize those spots after that. 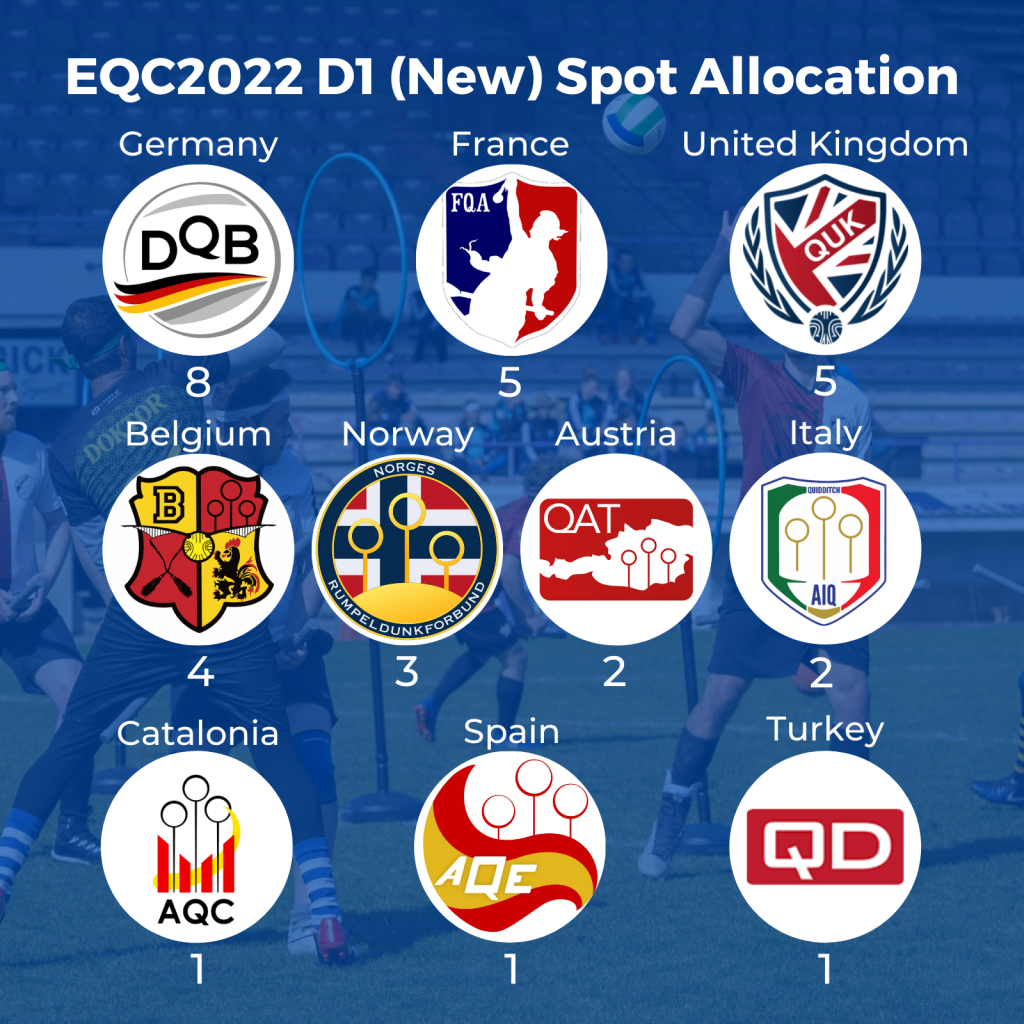 Quidditch Derneği (Turkey) has forfeited four of its spots for the first division and now will have only one team there. The additional spots were allocated to Belgian Quidditch Federation (Belgium), Norges Rumpeldunkforbund (Norway), Associazione Italiana Quidditch (Italy), and Quidditch Austria. Quidditch Europe explained its decision for choosing them:

As QuidditchUK was already at the spot max of 10 total (5 in D1 and 5 in D2), this would have only shifted a D2 spot into D1 and would have left them at 6 in D1 and 4 in D2. UK declined the change in spots. We have decided to allow this decline in spot changes.

Then there was a tie between Quidditch Austria and Dansk Quidditchforbund (Denmark) for the last D1 spot, but Denmark declined the spot (a similar situation to UK would have applied to Denmark as well, if they would have accepted the D1 spot).

In Division 2, Quidditch Ireland and Svenska Quidditchförbundet (Sweden) forfeited their single spots, which means they will not attend the 2022 EQC. Their spots were allocated to Asociación Quidditch España (Spain) and Česká Asociace Famfrpálu (Czech Republic). 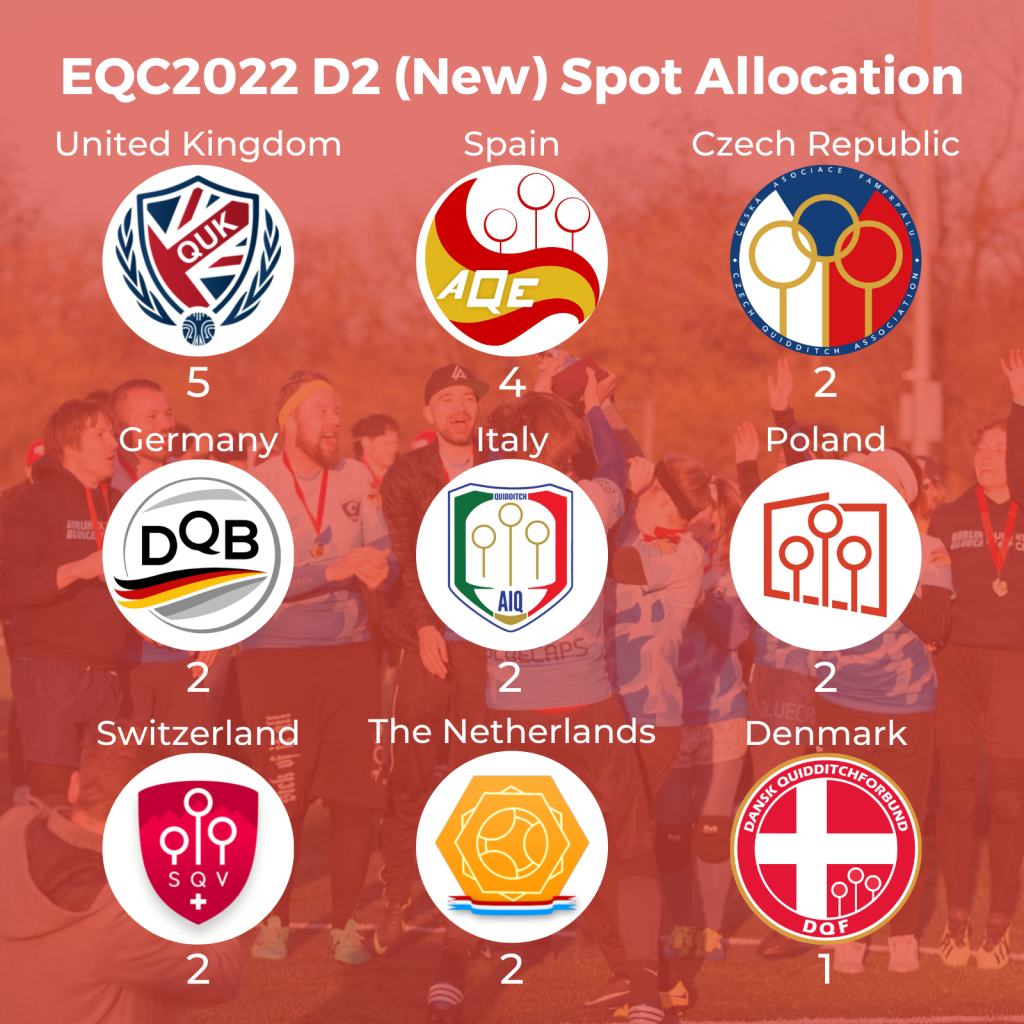 Meanwhile, there was an application for emerging areas of Muggle quidditch. On February 18, Quidditch Europe announced who would receive the final two spots for the emerging areas. Those teams are the Pressburg Phantoms from Slovakia and the Aemona Argonauts from Slovenia.