After writing here on MuggleNet about the location where Albion School of Sorcery was held earlier this month, detailing out my own process of coming up with a character, discussing the many talented performers who worked as non-player characters (NPCs) for the LARP (live-action role-play), and sharing some insight I received after the fact about my fellow players, it is time that I attempt to summarize the game’s overall plot. I’ve tried with mixed results to tell the story out loud to friends, but it’s not an easy task. I am hoping the format of writing will work better for streamlining and showing everyone what it was like to be there LARPing in the world of Albion.

This writing includes the backstory that was given to all characters prior to arrival, as well as things we found out later. It also portrays the events that happened to the characters, including ones the players themselves put into motion.

Our characters entered into a world where the barrier between the magic realm and non-magic realm (known as “The Veil”) had been removed just 50 years prior (and during the climax of the original Albion LARP.) When this happened, suddenly humans had magic too. There was chaos, as can be expected. The magical government known as the Magisterium stepped in to bring all the human governments of the world back under control and to help save the people from themselves. By doing this, the Magistereum’s own power grew and, with it, their greed. They began experimenting with deep magic that could summon powerful beings from far away in the Cosmos. This was in an attempt to enhance their own vitality and secure their reign on Earth for longer. As part of their plan, they opened Albion School of Sorcery for the first time since the fall of the Veil 50 years ago.

The students arrived at Albion and, during a candlelit ceremony, chose the House that valued traits that spoke most to them. The school houses of Ignis, Solum, Caelum, and Undas can be understood to represent the elements of fire, earth, air, and water, respectively. My character, Dysmas Zephyrus, attended Albion with his three younger siblings named Helios (or “Leo”), Selene, and Eos. Despite being raised by two willful parents to embrace the pursuit of knowledge that house Caelum offers, only the youngest child, Eos, chose to be sorted into this House. Selene picked Undas, and Leo chose Ignis. Dysmas (“Dyzy”) chose Solum. 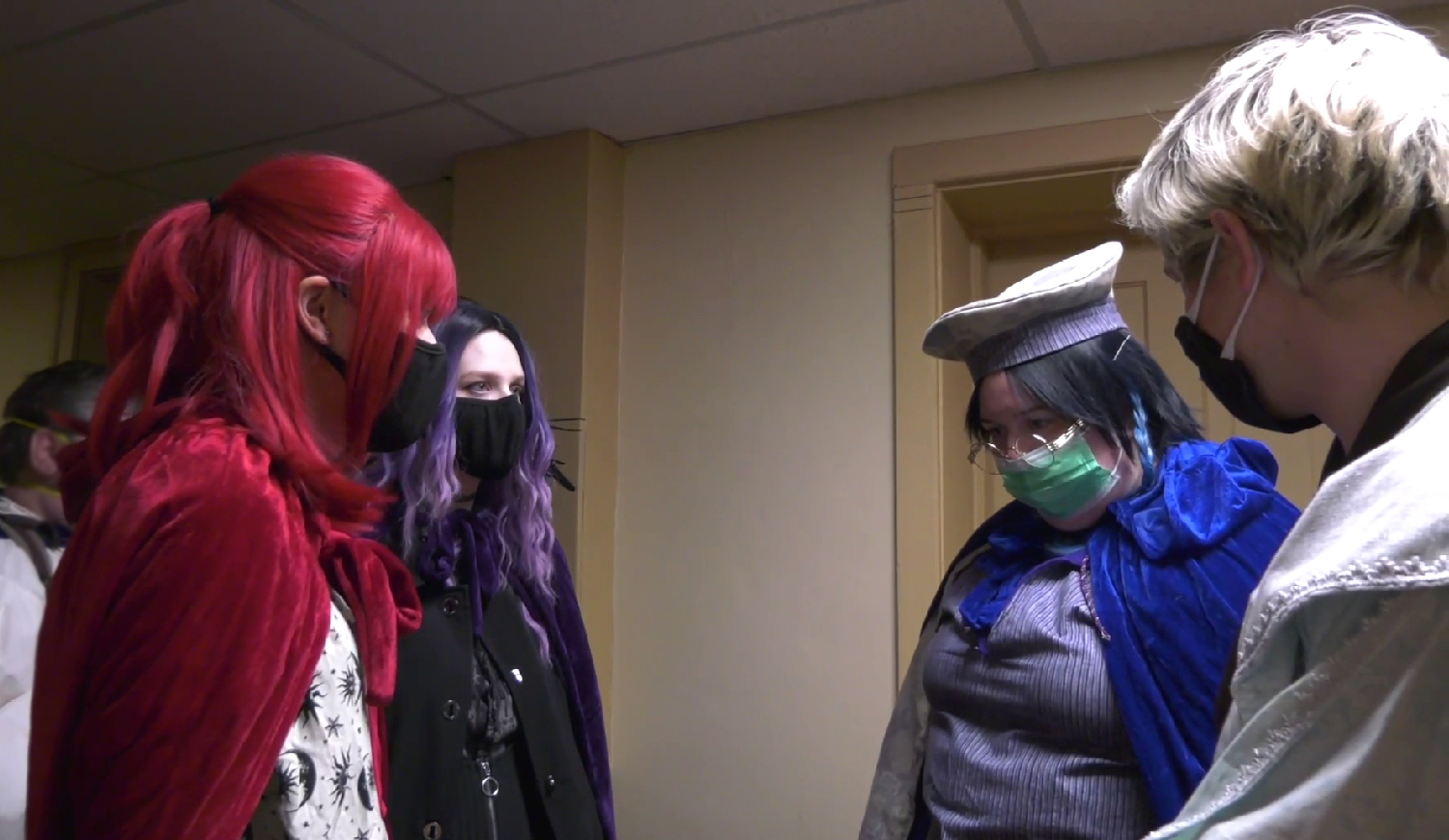 This year’s Albion featured a blending of races in the student body, including half-dryad Asteria Laurelia, unicorn-blooded Vivienne Summerbell, and eccentric French vampire Constantine Le RéTif. In an unexpected turn following the Sorting Ceremony, the students were asked to submit a blood sample for the Magistereum’s records and ostensibly for their protection as well. Fortunately, after this process was completed magically and without pain, the cabinet holding the vials was left unlocked, and students on the first night made some shocking discoveries during their search of the cabinet’s contents. Leo Zephyrus found that he had the blood of a Unicorn Hunter, a group of people who have poisoned their own line by doing dark things to the purest creatures. Ultimately, this meant that Leo was not a twin to Selene Zephyrus, whose blood was pure, and he was perhaps not even a Zephyrus at all. 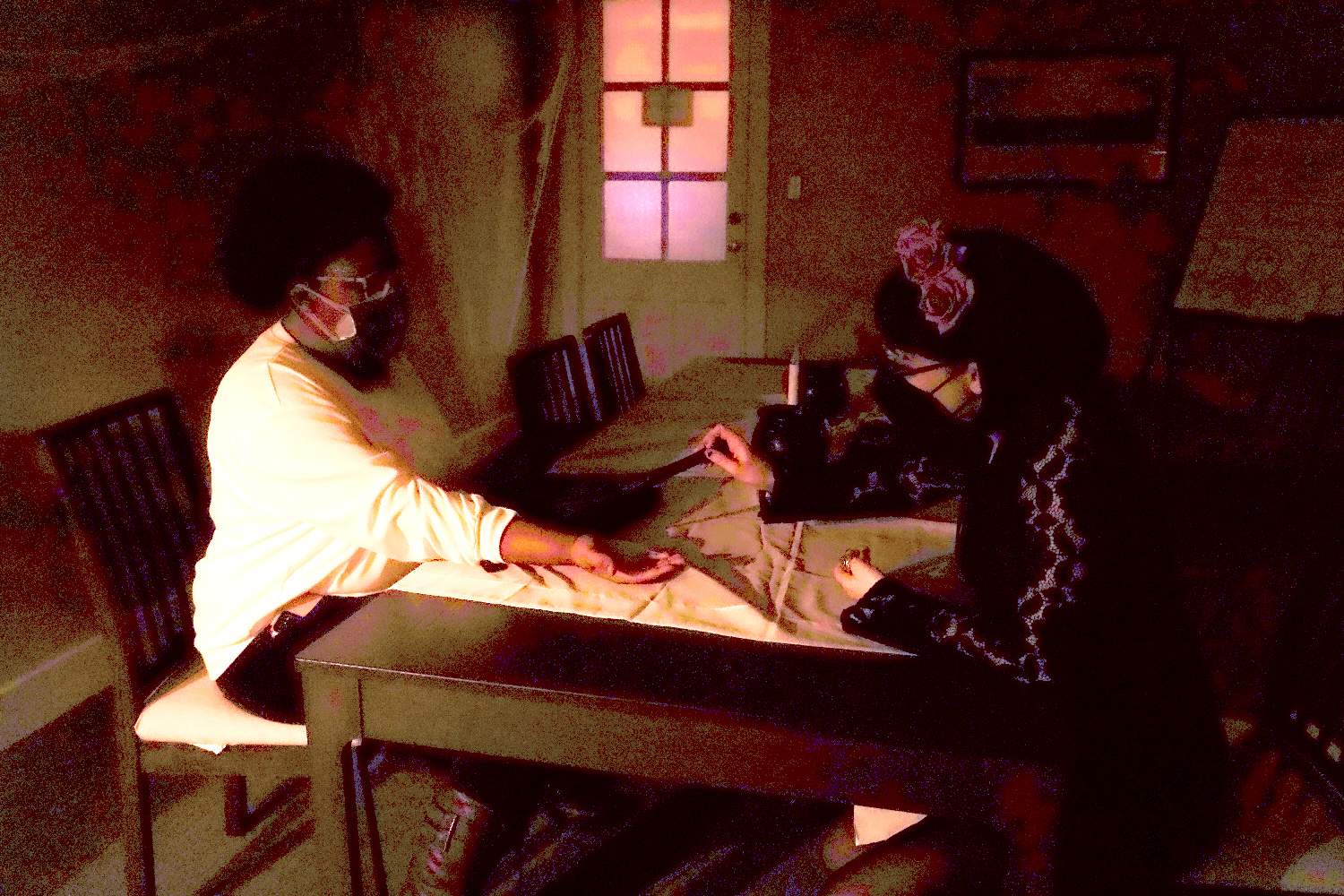 Hollis Hayden (Dominique B.) submits to an inspection by the vampire Prudence Balladan (Molly Southgate) on the first night of Albion.

The Zephyrus siblings’ second day at Albion was consumed by anxiety and apprehension. Receiving mail at breakfast, they found that their parents Hyperion and Theia disowned them except for Eos, due to her toeing the family line in choosing House Caelum. But it was the least of their worries. The Magisterium prosecutes those with Unicorn Hunter blood, and if Leo’s status were to be revealed to them, he would be in danger. This led Selene, still acting the role of the protective twin that was all she had known, to make a deal with Prudence “Rue” Balladan, vampire teacher and head of her House Undas. Prudence would agree not to submit Leo’s vial to the Magisterium in exchange for Selene herself becoming a vampire and joining Rue’s coven. After a day filled with much debate internally between siblings, the terms were settled, and Selene underwent the procedure at midnight in the cathedral.

The biggest emphasis that Moonrise Games puts on their LARPs is player choice, and the decision for Selene to become a vampire was an unscripted impulse by her player, Hayli H., at the moment. I was there when we were trying to bribe Prudence to hold onto Leo’s vial, and I saw the way her eyes lit up at the prospect of adding another person to her coven. She quickly replied, “Deal!” and it then felt like to protect our brother, we may have to sell our sister’s soul. On the NPC side of things, Molly Southgate had joked about turning one of the students into a vampire during rehearsals with her fellow NPCs, but they hadn’t ever planned out how the ritual would go. Now they needed to. Thus Molly, who played Prudence, and Dylan Schaefer, who played Second Master Arturo Caspian, ran to the cathedral on the grounds of the DeKoven Center at 11:00 p.m. to choreograph and dialogue out a full-blown confrontation with under an hour to spare. The scene that resulted was epic. 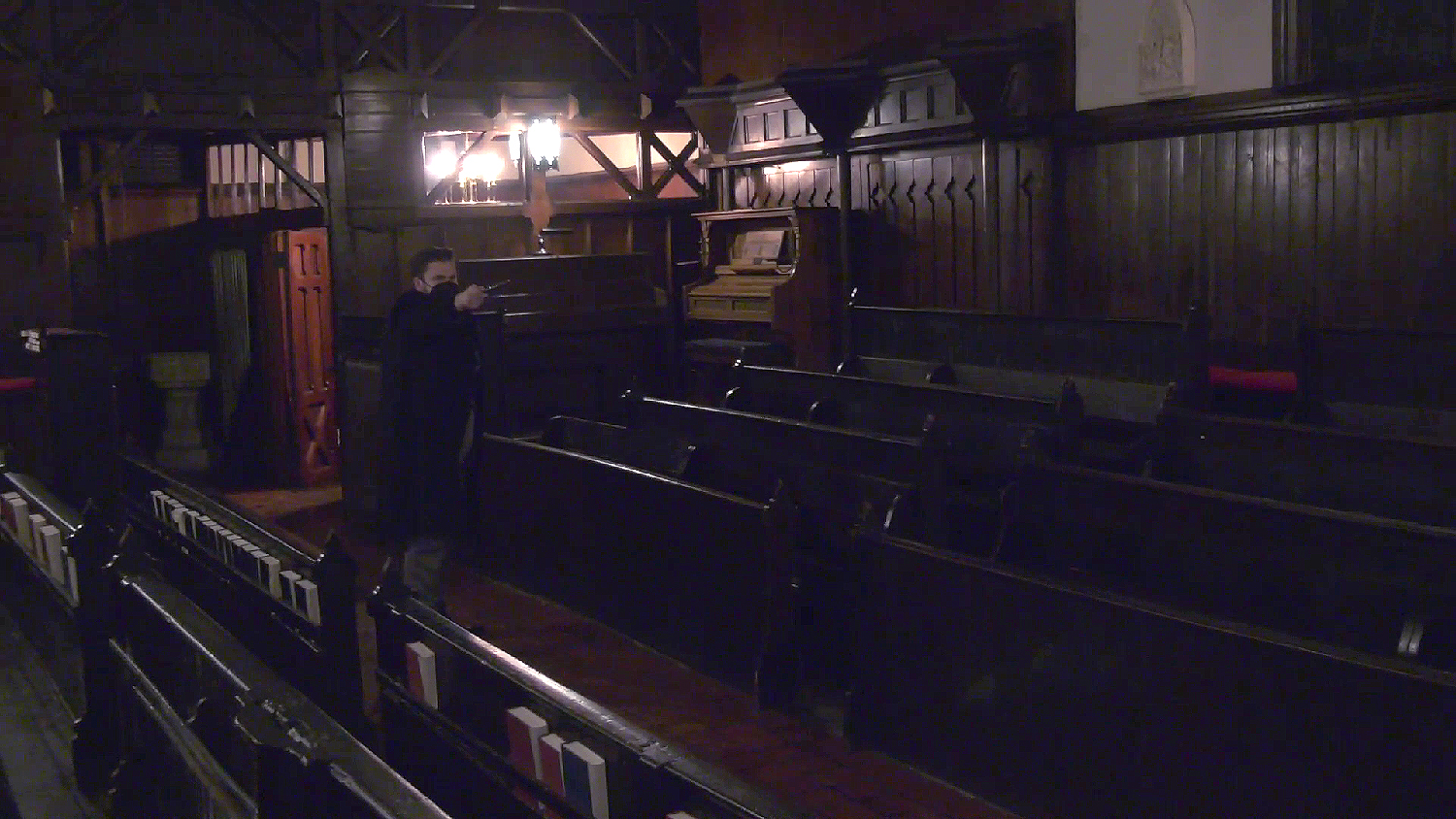 All of the students gathered at midnight, the Zephyrus siblings by the altar as Selene said goodbye. Then, just as her mortal life was ended, Arturo’s shouting from the choir loft interrupted Prudence. The Magisterium would not approve of this vampire turning ritual, and Albion surely would be closed for good. For the Zephyruses, this was the worst time to have this argument, as unless the ritual was completed, Selene would not wake up.

The story is only half over! Be sure to catch the follow-up tomorrow, and thank you for reading. You can now purchase tickets for the 2023 Albion School of Sorcery using our early access link. Use our link and code MUGGLENETMAGIC to receive $150 off your ticket price through June 26, 2022.