Animal Crossing: New Horizons players can combine the best of the adventure game with the magical world of Harry Potter in this wizarding-themed house.

Redditor u/HPfan94 re-created Hogwarts in their Animal Crossing: New Horizons game. Technically, it’s a Hogwarts-themed house, but it certainly looks like the school. They created several classrooms, the Gryffindor common room, and the front of the castle. Alongside the classrooms, matching characters like Professor McGonagall, Neville Longbottom, and Headmaster Dumbledore were created. 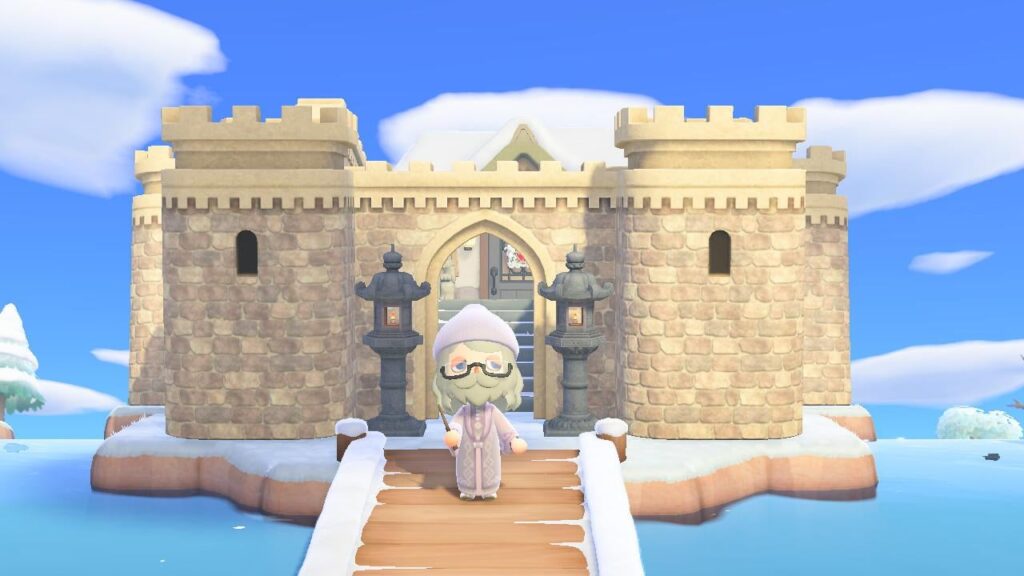 Five classes have rooms in the castle: Charms, Divination, Herbology, Potions, and Transfiguration. The Divination classroom is full of crystal balls, with Hermione notably absent, while the Herbology greenhouse shows Hermione and Neville planting seedlings with Professor Sprout. If you look closely, you can see House crests in some classrooms, like a Ravenclaw crest in the Charms classroom. 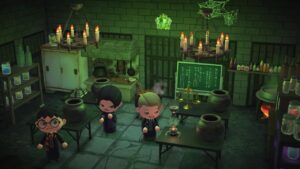 Harry, Draco, and Professor Snape hang out in the Potions classroom.

When asked in the comments how they created the house, they said they used the Room Sketch app, which is unlocked by making progress in the Happy Home Designer DLC. The user comments throughout the thread that many of the items used in the build are from the DLC. Other items, like spiderwebs used in the Potions classroom, came from a Bug Off, an event where users catch bugs, hosted in-game.

I worked on it over about 4 days. I had pretty clear visions of what I wanted, and I used the ‘Room Sketch’ app to design them, so it was easy to figure out what furniture I needed. 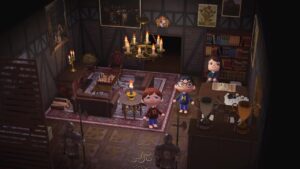 The user was creative with the elements they used, with commenters congratulating them on their thinking. Instead of creating Professor Flitwick, they used a gnome figure and placed it on a platform, similar to how Professor Flitwick is portrayed in the Harry Potter and the Sorcerer’s Stone film. Also in the Charms room, a flower is used instead of a feather because of the color and look the user was going for. 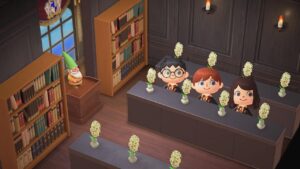 The castle isn’t the only wizarding-themed aspect of their island. In the comments, the user discussed other Harry Potter-themed elements in their game. They noted their island theme is half city half country, with the wizarding world only taking up a small portion.

I do have a little section surrounding the ‘castle’ consisting of a small Forbidden Forest and Hagrid’s hut (Grizzly’s house redesigned lol).

While the user did not provide pictures of their Forbidden Forest or Hagrid’s hut, we would love to see how they turned out. The user has not shared their dream address for others to check out the build in-game, but they did assure commenters they had recently started their island over and were working to complete it before doing so.

Do you have Harry Potter-themed elements on your Animal Crossing island?