It’s officially the season of celebration in Harry Potter: Hogwarts Mystery. April marks the fourth anniversary of Hogwarts Mystery, and there will be lots of surprises in-game. Let’s catch up on what’s going on.

To get in on the #4YearsOfMystery fun, Hogwarts Mystery launched Magical Mischief, where we tracked down Zonko’s items in exchange for special rewards. These rewards included creature food, coins, Timer Toffees, energy, and notebooks. We can also look forward to weekly in-game prizes and multiday in-game rewards related to the upcoming release of Fantastic Beasts: The Secrets of Dumbledore. Have you all gotten in on the free energy that’s available every day this month? The best part is, this isn’t even everything! An exciting anniversary sweepstakes will be taking place, and players can enter to win special prize packages that can be tailored to their House. At the end of this month, get your party pants on and participate in the Party with the Weasleys adventure, where we’re tasked with throwing a rager without letting parents and professors know. The prize for this adventure is definitely worth your time. 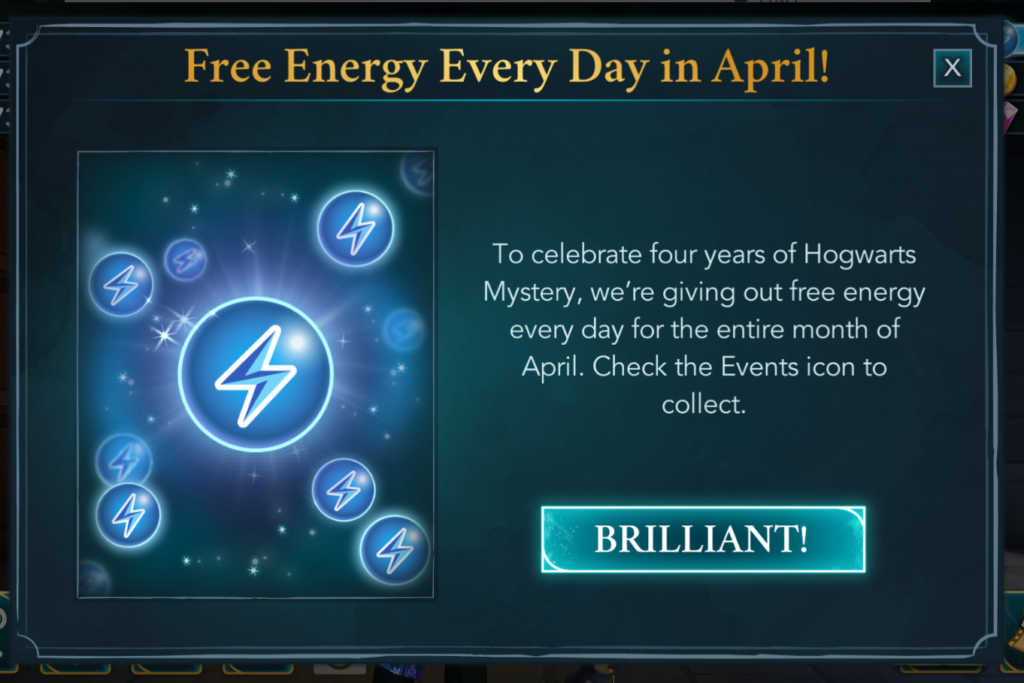 As always, every month brings new Magical Milestones. April’s look, Dapper Dumbledore, is giving us all the Fantastic Beasts feels. This young Dumbledore-inspired look features a dapper suit, a red tie, brown shoes, and hair to make everyone swoon. 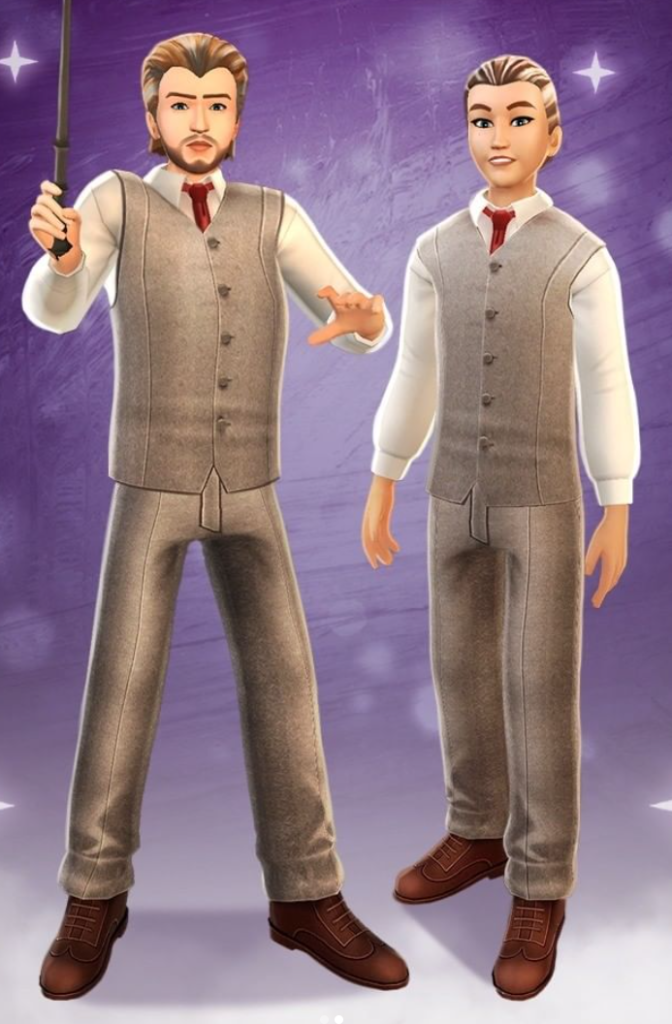 We definitely have a reason to log in daily and collect our rewards, and our story line is starting to heat up. In our last update, we were surprised by an invitation to collaborate and were determined to keep our secrets safe. A missing coffin is brought to our attention, and that’s not the only thing we have to worry about. An innocent Weasley prank brought us exactly what we were searching for, and there’s nothing a little teamwork can’t accomplish. Chapter 35 also leaves us with questions about where we’ll be heading next.

The Quidditch season is also bringing balance to gameplay. Season 3 ended with us taking on the task of being our team’s Quidditch Captain, and there’s a new position open on the team. Season 4 starts off with us accepting the Seeker position, and it’s proving to be quite the challenge. There’s always something to keep us coming back, so will we find out who’s responsible for trashing the team’s changing room?

What’s Hogwarts Mystery without our magical pets? Luckily for us, the game has revealed two new pet looks. For dog lovers, you can now own a German Shepherd Cruppy, and for cat people, you can have a pink Kneazle just in time for the Easter holiday.

The spring vibes in-game are making us wish we were chilling by the Black Lake with pumpkin juice in hand. There’s so much going on right now in Hogwarts Mystery in honor of its anniversary – what are you loving about April so far?