Time to party it up in Harry Potter: Hogwarts Mystery. We’ve been celebrating the fourth anniversary with rewards, side quests, and of course, parties. Let’s catch up on what’s been happening the last few weeks.

In honor of the fourth anniversary of Hogwarts Mystery, fans have been gifted with several freebies. In our last update, we were excited about the free energy gifts happening every day this month, and the gifts only get sweeter. Not only is there a special House-themed outfit, but there’s also a sweepstakes event happening. That’s right, the Hogwarts Mystery sweepstakes is open to residents of Canada (excluding Quebec) and the United States (excluding Rhode Island) now. Visit the official site to enter for a chance to win one grand prize, which includes personalized House robes, a House-themed gift trunk, and 100 in-game energy. There will be four runner-up prizes that include a Hogwarts school trunk and 100 in-game energy and 10 in-game prize winners that will receive 100 energy.

The statistics have been released for #4YearsOfMystery, and we’re part of the 67.4 billion minutes of gameplay. Over 617 million spells have been learned along with 5.9 billion being cast. Collectively, fans have gone on 42.5 million dates, registered 2.6 million Animagi, and unleashed 1.3 million Patronuses. Talk about dedication.

Some of us might be a little excited over the GIPHY stickers that are now available in honor of the anniversary. These feature some of our favorite characters, magical creatures, and features of the game.

This month, fans were also treated to Fantastic Beasts: The Secrets of Dumbledore arriving in theaters, and there have been some tie-ins in the game. There’s a new magical creature side quest known as Needlefingers & Company, a special three-day Creatures in the Castle Event, and outfits inspired by Dumbledore, Queenie, and the one and only Magizoologist, Newt Scamander – complete with Bowtruckle. Fans have also noticed a new Chocolate Frog card featuring Newt.

Let’s not stop the party there! Let’s continue the celebrations with the Party at the Weasleys! side quest. We finally get to step foot into the magical Honeydukes, and someone must have had an Extendable Ear because our plans for a quiet party got out fast and some of the Weasleys aren’t impressed. 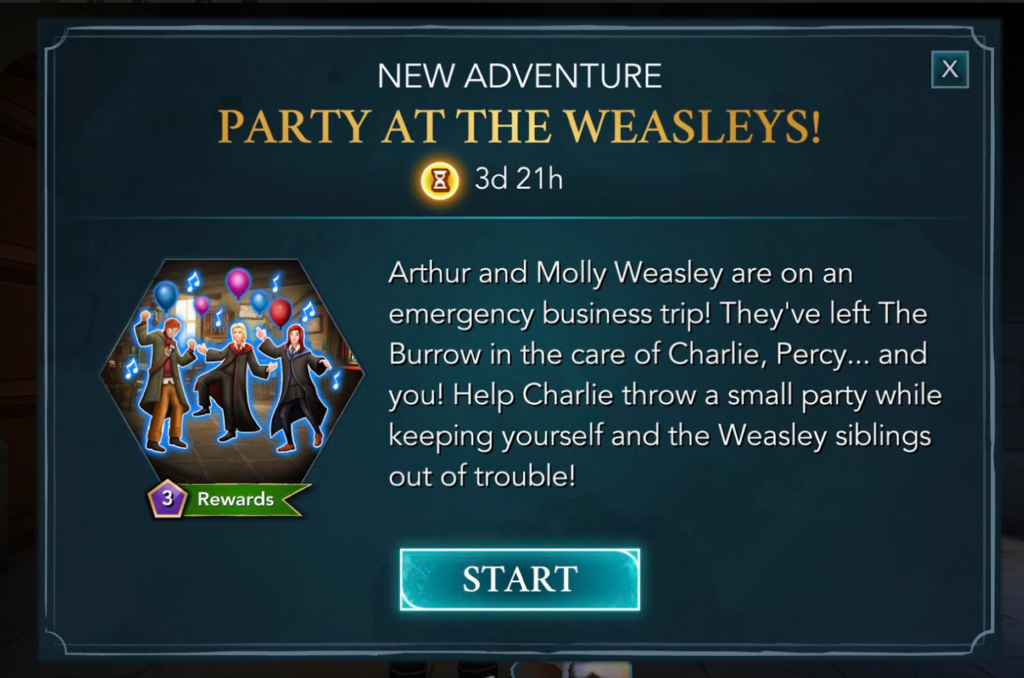 Party at the Weasleys! side quest in “Harry Potter: Hogwarts Mystery”

Once you’re all partied out, there’s a new chapter and a new location waiting for you. The Azkaban Cell Block gives the same chilling vibes as when it’s been mentioned previously, and thankfully, we have Mad-Eye to accompany us. Things quickly take a dark turn, and it’s looking like we’ll be making another trip to Azkaban far too soon. 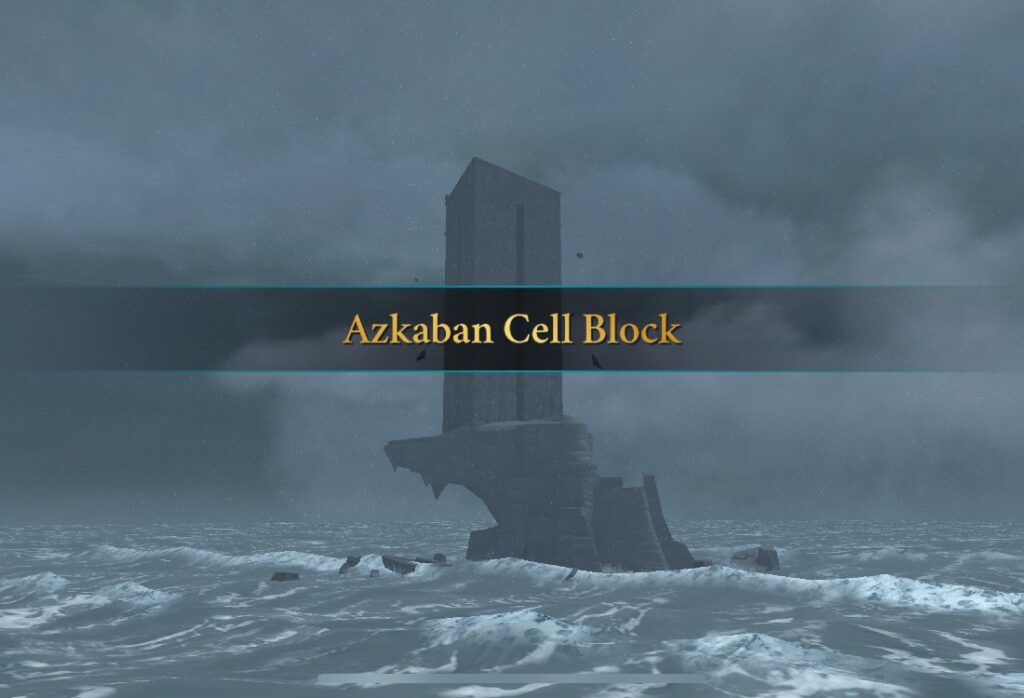 With new locations comes new free energy spots – which is exciting even if it’s in Azkaban. By tapping the prisoner’s arm, you’ll receive energy, and a spot has been added to the Burrow. Tap the gnome and explore the two open new areas.

We’ve partied, we’ve been to Azkaban, and our heads are still spinning. Some cuddle time with our pets can fix just about everything. There are new pet skins available in-game, including a purple Pygmy Puff, a pink and purple cat look, and a grapevine owlet. All are equally adorable.

With less than a week left of April, we’ve accomplished a lot this month in Hogwarts Mystery. May will bring new Magical Milestones and adventures. What are you hoping to see?