On Thursday, May 19, 2022, MuggleNet was invited to attend an official opening – a reimagined production of Harry Potter and the Cursed Child at the Princess Theatre in Melbourne, Australia. I was joined by my sister, who isn’t a Potterhead and has never seen the play. 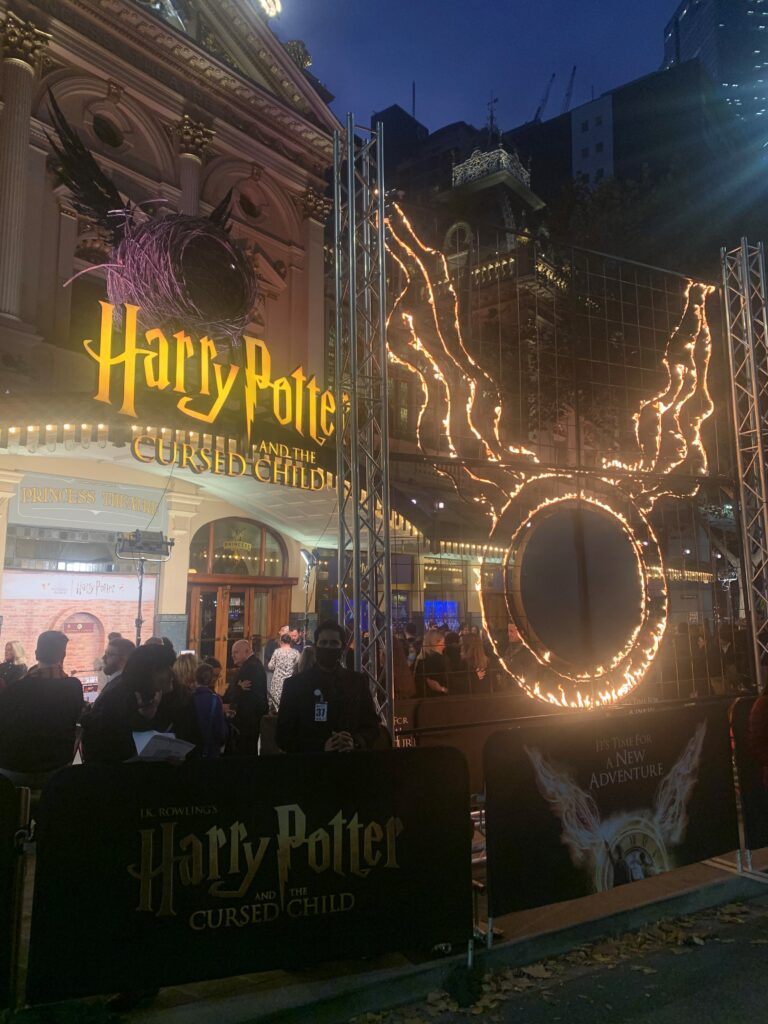 Before the show even began, there was a sense of magic filling the air. Walking up to the Princess Theater, our eyes immediately were drawn to the Cursed Child logo recreated as a fire display. We got to walk the red carpet, recreate that famous picture of pushing a trolley through the brick wall, have a magical drink, and create our own moving portrait. Before we could make our way into the theatre, we had to track down the trolley witch and grab some snacks for the show. 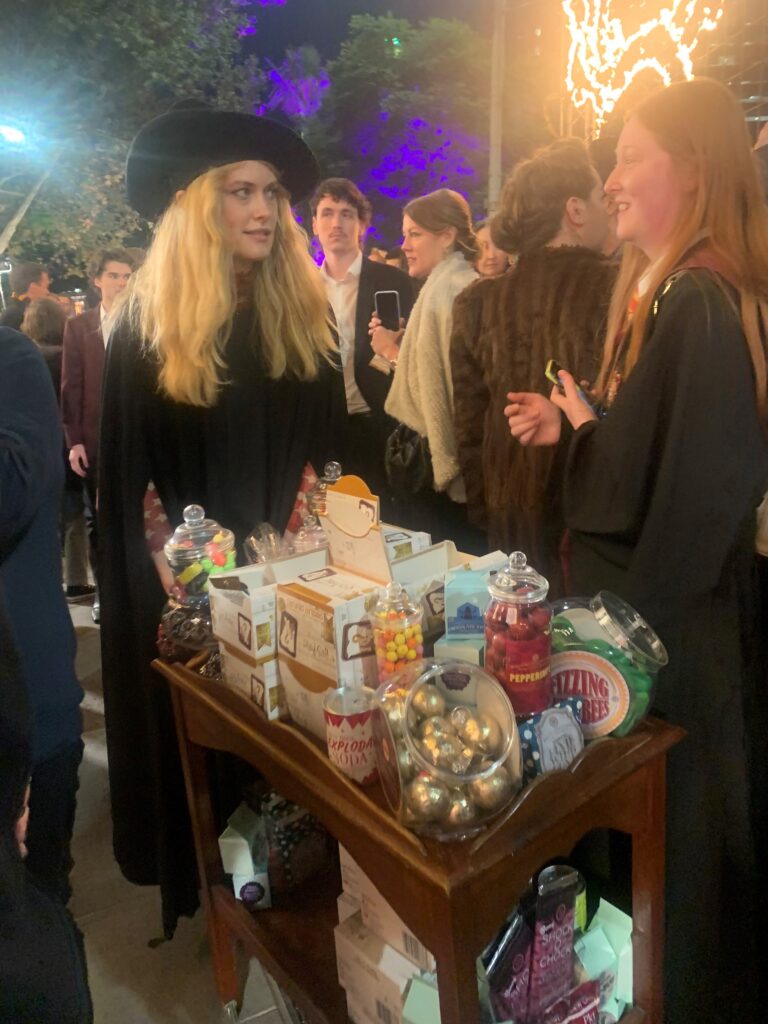 As we walked into the theatre to find our seats, we could see that the walls and roof were decorated in a beautiful green with the Hogwarts logo, and on either side were two beautiful stained glass windows – we later saw that they were illuminated during the play. At last, the curtains were raised, with the suitcases lining the stage, all lit with a single light. Once the music began, it gave me goosebumps, and the magical ride began. Seeing the audience, as well as seeing my sister’s reaction, was amazing to witness, along with seeing all the magic, which is mind-blowing. I still can’t work out how they do some of the magic – it all looks so real.

My sister’s take on the play:

As a relatively casual Harry Potter fan, I found the three and a half play incredible. It didn’t feel like it had to make a sacrifice when it came to all the special effects and magic. There were many moments when I was bamboozled – how on earth did they do some of those magic tricks? Overall, I highly recommend it; even to casual or non-Harry Potter fans, you can sit back and enjoy the spectacular magic they’ve created. I love that it is now more accessible to those who don’t have the time and budget for the original.” 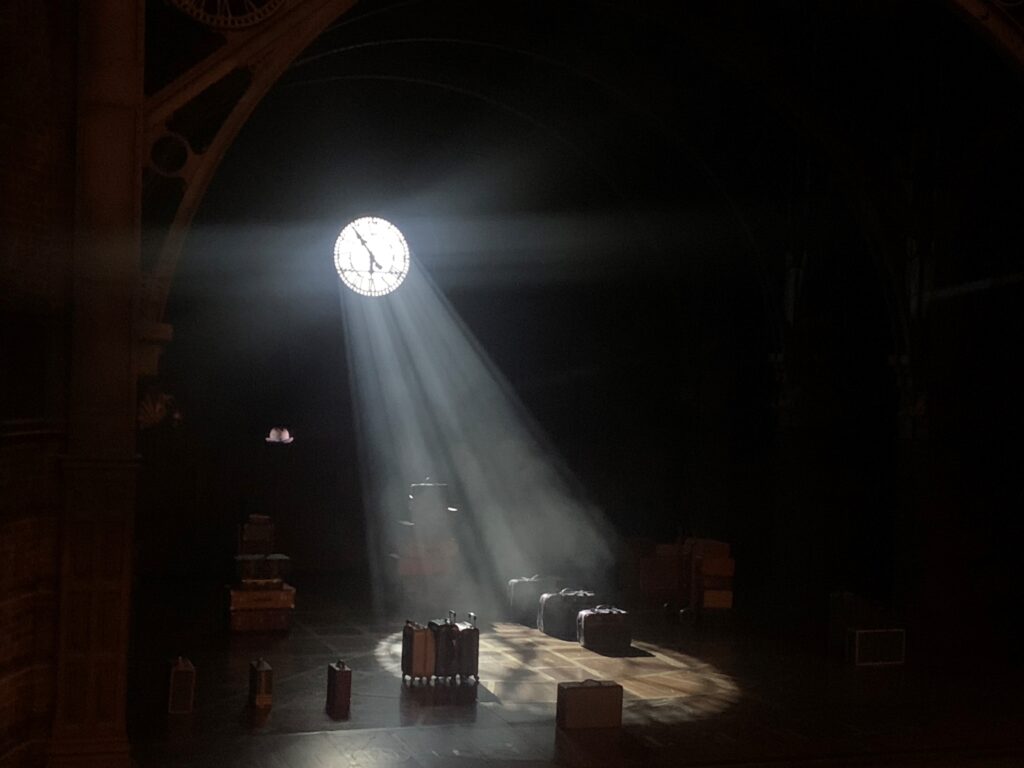 Having seen the two-part play back in 2019 and being awestruck by how spectacular the magic was coming back, I was even more intrigued by how they turned the roughly five-hour play into three and a half hours and to see whether it compromised the story. Still, the play was terrific, and I love the reimaged version.

Have you seen the reimaged play? If so, let us know what you think of it. Check out MuggleNet’s Instagram highlight CC AUS to see all the magic from the night.