Summer is close, and that means the most prestigious Muggle quidditch tournaments are too. US Quidditch (USQ) is preparing for that and selecting the best of the best for the national team of the United States.

The International Quidditch Association (IQA) announced the location and dates for the IQA Continental Games in January. The IQA Pan-American Games are part of that and will be held in Lima, Peru, on July 8–10. The US National Team (USNT) will be there.

The USNT head coach is Michael “Yada” Parada, and he started selecting the athletes long before the IQA announced the locations and dates. After the IQA Continental Games were canceled last year, USQ decided to not change the current standing team from 2021.

Despite that, Parada and his coaching staff and scouts reviewed the performances of the athletes during both Major League Quidditch Championship and the USQ fall regional championships. They also invited a select group of athletes to a closed training camp at the Crescent City Invitational for evaluation. Parada commented on the training camp:

It has been almost two and a half years since we have been able to assess the USNT as a group in-person [sic]. Rather than commit to immediate adds, we chose to invite a larger swath of players to our closed Crescent City Invitational training camp to see how they meld with the team before making any more definitive decisions this far from our next tournament.

After that, eight players were released from the USNT in December. The application for USNT was reopened on December 15, and open training camps were held during the spring. 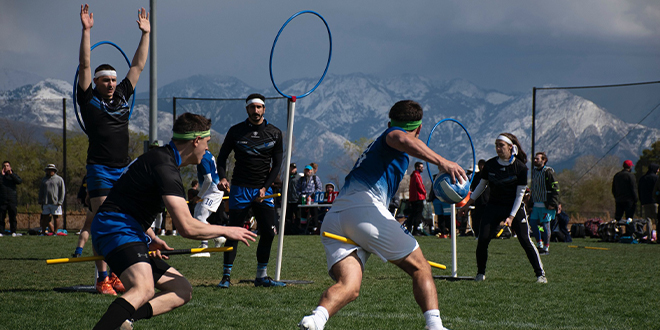 Recently, the US Quidditch Cup was held. Parada, his coaching staff, and scouts closely watched the performance of the athletes and reviewed that, as well as the performance of athletes playing in Major League Quidditch. Then, the decisions were made, and the final result is that there are 26 players on the USNT roster.

There is also another team, the US National Team Developmental Academy (USNTDA). The USNTDA was created in April 2019. It is meant for the younger generation to get experience and learn more about gameplay. It should be a promising group of athletes and coaches who worked with them during training camps. Along with the USNT roster, USQ also announced the roster for the USNTDA.

US National Team Development Academy Roster
Want more posts like this one? MuggleNet is 99% volunteer-run, and we need your help. With your monthly pledge of $1, you can interact with creators, suggest ideas for future posts, and enter exclusive swag giveaways!
Support us on Patreon