The Book That Started It All: Celebrating 25 Years of “Harry Potter and the Philosopher’s Stone”

Perhaps it wasn’t as significant as major world events of the time or other already relevant cultural phenomena, but the first book of the Harry Potter series would in fact change the world. After all, a lot can happen in 25 years. Minerva McGonagall put the words together quite well if you ask us.

He’ll be famous – a legend – I wouldn’t be surprised if today was known as Harry Potter Day in the future – there will be books written about Harry – every child in our world will know his name!” (SS ch. 1) 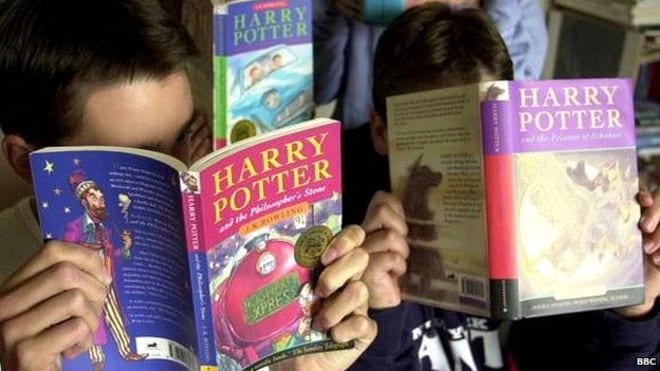 In 1997, Bloomsbury Publishing picked up the children’s book and printed 500 first-edition copies of Philosopher’s Stone in the United Kingdom. 300 of those original first-edition copies went to libraries, and the few that still exist in the private libraries of families may have some value to them. First-edition books will include a misspelling of “Philospher’s” on the cover, “1 wand” is printed twice in the Hogwarts students’ equipment list on page 53, the author’s name is printed as “Joanne Rowling,” and the sequence of numbers on the publisher’s imprint page is 10 through 1. These books have been popping up in auctions and sold for as much as hundreds of thousands of dollars.

In the year of its release, Philosopher’s Stone earned three literary awards, including the prestigious British Book Awards Children’s Book of the Year. By 1999, over 300,000 copies had been sold, and more were on the way. Philosopher’s Stone was picked up by Scholastic, and the publishing company started selling the book in the United States in 1998. After some slight alterations, Harry Potter and the Sorcerer’s Stone became the American version. Scholastic printed 50,000 copies for an initial print run.

Barry Cunningham, formerly the head of children’s publishing at Bloomsbury; Nigel Newton, founder and CEO of Bloomsbury; and Rosamund de la Hey, formerly children’s marketing director at Bloomsbury, sat down together and gave an oral history of how the books came to be. The team agrees that the Philosopher’s Stone manuscript was love at first read. Newton let his eight-year-old daughter read it first. He said she wrote a note when she gave it back to him that read, “The excitement in this book made me feel warm inside. I think it is possibly one of the best books an eight- or nine-year-old could read.” Cunningham remembers his meeting with the author and her literary agent, Christopher Little. Cunningham noted that he tried to have the title changed because he felt it was wordy but that the author wouldn’t have it, saying she claimed that “children love unfamiliar words.”

The impact of Harry Potter grew bigger and bigger. The remaining six books continued the story and as we’re all well aware, paved the way for movies, video games, theme parks, plays, and even quidditch as an official sport in over 30 countries. As of 2018, Harry Potter and the Philosopher’s Stone has sold more than 120 million copies worldwide.

To celebrate the 25th anniversary of the book’s release, Bloomsbury released two commemorative editions of Harry Potter and the Philosopher’s Stone. The first one utilizes the iconic, original front cover illustrated by Thomas Taylor. A silver stamp on the front reads “25 Anniversary Edition.” The second features front cover artwork by Jonny Duddle and brandishes another silver stamp but with the words “25 Years of Harry Potter Magic.” Both are available for purchase in the United Kingdom from the Bloomsbury website. US buyers can find the Thomas Taylor-illustrated edition for sale on Amazon. 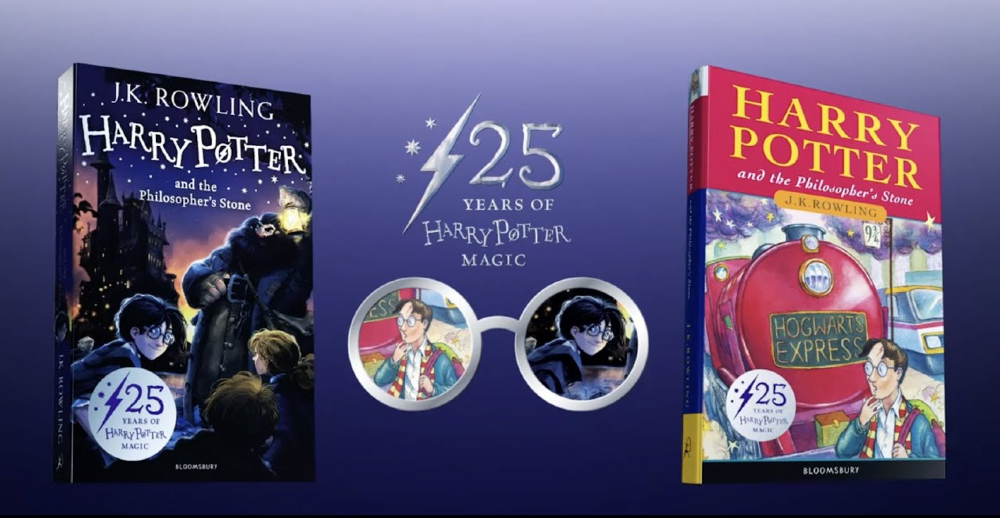 How are you celebrating 25 years of Harry Potter? Let us know in the comments below.