Jude Law has been recognized for his portrayal of Albus Dumbledore in Fantastic Beasts: The Secrets of Dumbledore at the National Film Awards held at the Porchester in London last week. 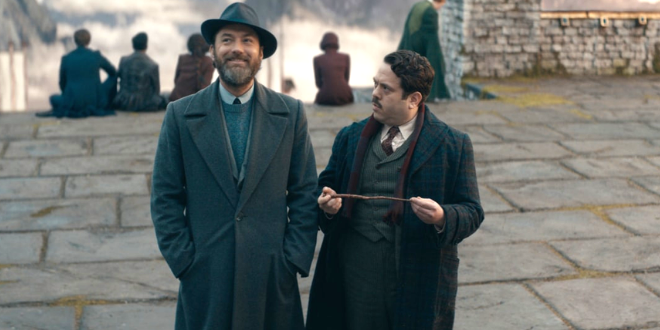 Best Drama went to Save the Cinema, which stars Tom Felton and Samantha Morton (Mary Lou Barebone). The movie tells the true tale of a 1993 campaign to save a movie theater in Wales that enlisted the help of Hollywood director Steven Spielberg and his blockbuster Jurassic Park. The only other Wizarding World alumni project to take home an award was Last Night in Soho, starring James and Oliver Phelps (Fred and George Weasley), which won for Best Thriller.

You can watch the full awards ceremony below, and although the Best Actor category appears not to have been captured, the other Wizarding World wins are available to watch. Congratulations to all winners and nominees!