Imagine this scenario — you’ve entered the San Diego Comic-Con exhibition floor. It’s packed, but you know exactly the booth you need to go to for that special item. You heard that brands were releasing a special product you could only get at Comic-Con if you’re one of the first 100 people in line. Finally, you get to the booth, and after waiting for 20 minutes, you have it! Your friends are going to be so jealous.

That situation is not uncommon for people who go to the convention for exclusive merchandise. Many people will spend hours in lines for a chance to get a product that will only be around for a limited time. MuggleNet was at San Diego Comic-Con this year, where we were also able to pick up some of that awesome merchandise. 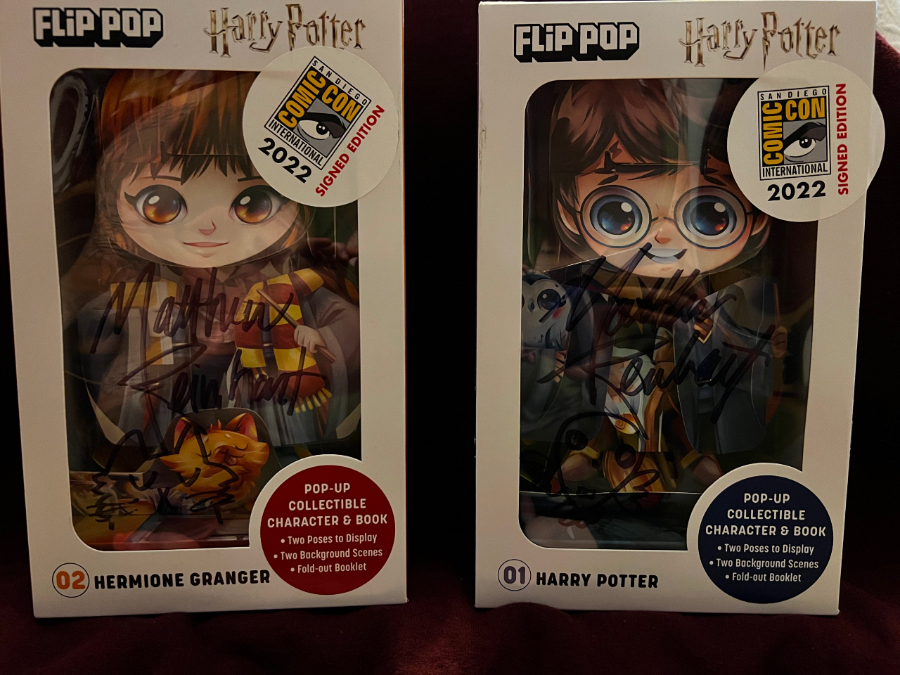 Our first stop of the day was at the Insight Editions booth. A brand new and very exclusive paper flip book was dropped at the convention, and only a select number of people got their hands on it. Created and designed by Matthew Rheinhart, the Hermione Granger and Harry Potter Flip Pop collectible pop-up character and book are perfect for any collector’s shelf. Each pop-up character includes two outfits to flip between, background images to set up, and a fold-out book that is filled with facts from the movies.

The artwork isn’t like that of Funko Pop! or chibi, but rather is by illustrator Guilherme Asthma. It looks as though Hermione’s likeness got a detailed watercolor makeover. The big eyes and small details make up a gorgeous foldable masterpiece that will keep you flipping until you’ve looked over each aspect. 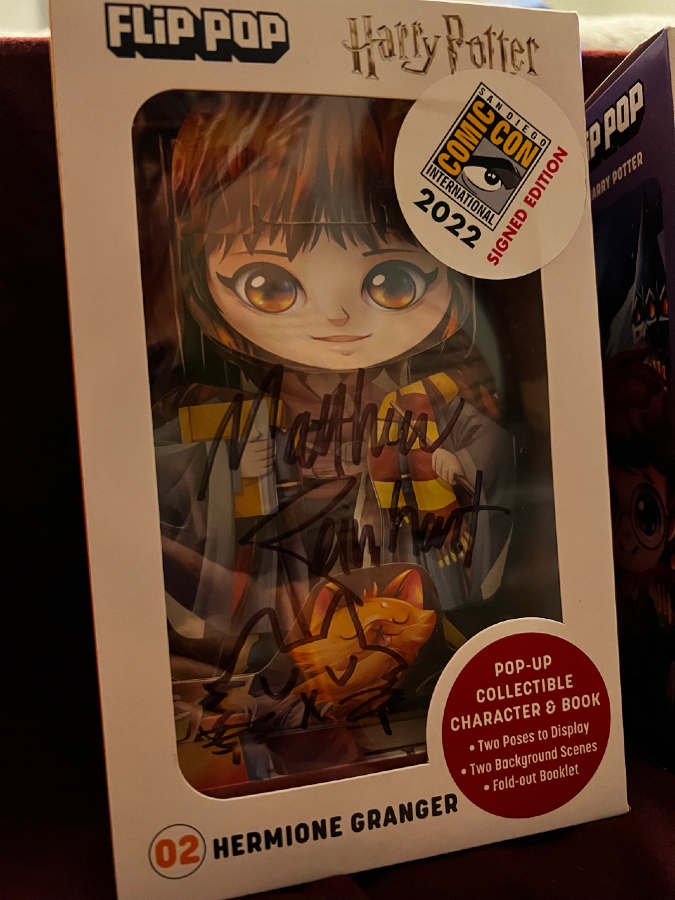 Hermione’s Flip Pop is wearing her Gryffindor robe with her trusty cat, Crookshanks, at her side. When it’s time to turn the pages, Hermione is wearing her Time-Turner and is brandishing her wand. Harry’s Flip Pop, on the other hand, switches between his school robes and his Quidditch uniform. He even has the Snitch. 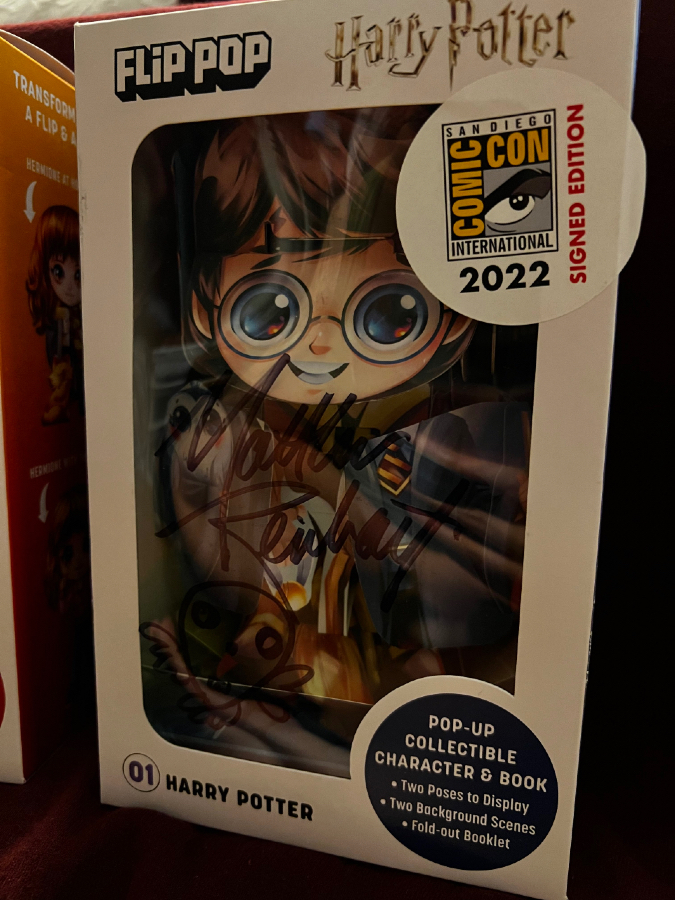 These Flip Pop booklets won’t be available to the general public until October. When they do become available, they will retail for $21.99. If you’re willing to wait a little while before getting your very own Flip Pop, preorders are going on now.