Welcome to this week’s edition of MuggleNet’s Casting News! After all of our award nomination announcements last week, we’ve got an award that has already been given to Colin Farrell, as well as another Wizarding World alum entering the Tardis and a poster and trailer starring Nick Moran. Castium Revelio!

First up, though, we’ve got two reports featuring Helena Bonham Carter (Bellatrix Lestrange). She’s starring in a set of commercials for ITV’s new streaming service ITVX. The commercials will see Carter and other actors taking on cringe-worthy interviews. Carter will have to impersonate a lemur eating a millipede. The new service will replace the current ITV Hub and will launch on December 8.

Carter has also been named the president of the London Library this week. She took over from author Tim Rice earlier this week, marking the library’s first female president since it was founded 181 years ago. She has been a member of the private library since 1986 and described it as “truly a place like no other.”

We’ve got exciting news for David Tennant (Barty Crouch Jr.) up next. He’s been busy starring in the lead role of Professor John Halder in Good on the West End, and soon the show will be available to a wider audience through the National Theatre Live program. The show is coming to cinemas in the UK and Ireland on April 20, 2023, with international cinemas showing the play begininng June 15.

Speaking of Tennant, we’ve got a wizarding co-star to announce for his return to Doctor Who! Miriam Margoyles (Professor Sprout) will reportedly join Tennant and Catherine Tate as they return to their roles for three 60th-anniversary special episodes. We don’t know whether she’ll act as a companion for the Doctor or be on his opposing side, but we’re excited to see her enter the world of the Doctor either way.

Nick Moran (Scabior) also has a new project on the horizon. He’s starring in Renegades, an action thriller about a group of veterans who team up to enact revenge when one of their most respected members is murdered. This week, we got a US trailer and a UK poster for the film, which will be released on December 2 in the US and January 30 in the UK and on digital platforms. Check out both the poster and trailer below! 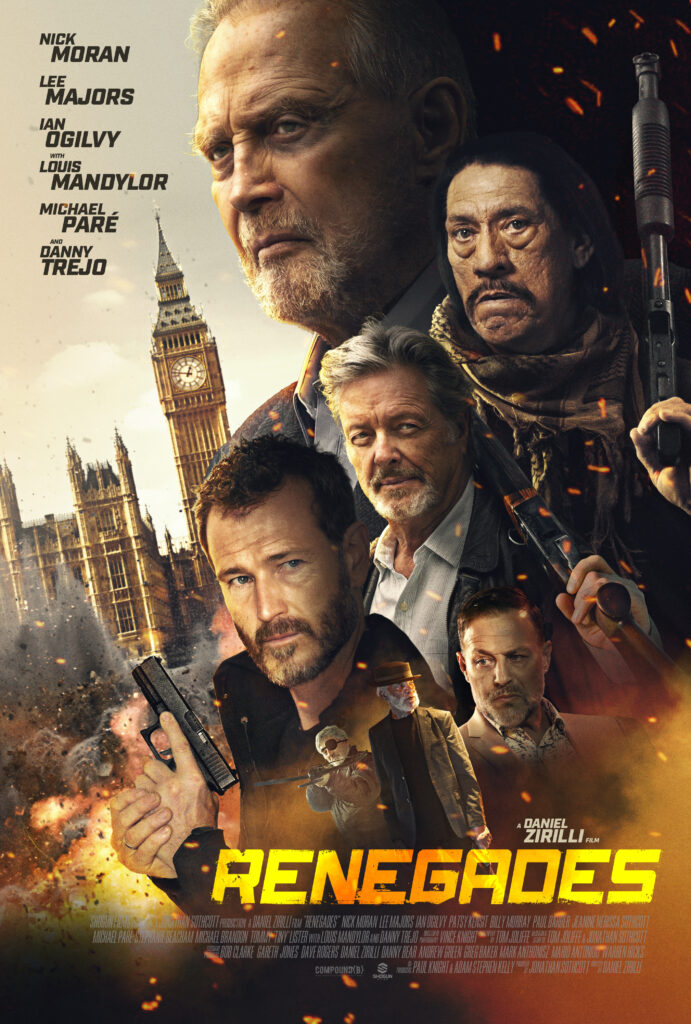 We’ve got an award to announce for Colin Farrell (Percival Graves). He will receive the Desert Palm Achievement Award at this year’s Palm Springs International Film Festival for his performance in The Banshees of Inisherin. The festival will run from January 5 to 16 next year. Congratulations to Farrell on the award!

Last but not least this week is a new title for Sonia Friedman (producer of Harry Potter and the Cursed Child). She’s been announced as the president of the Royal Central School of Speech and Drama in London. The announcement follows reports from October that Michael Grandage CBE would be stepping down from the role. Congratulations to Friedman!

That’s a wrap on this week’s Casting News. Congratulations to our two new presidents and Colin Farrell for his award! Which of these projects are you most excited about? Let us know in the comments below.