Fiona Shaw, who played Aunt Petunia in the Harry Potter films, has spoken to StarWars.com about her role on Andor, the fourth live-action series in the Star Wars franchise.

The series follows the journey Cassian Andor takes in the five years leading up to the events of Rogue One, and Shaw plays Cassian’s adoptive mother, Maarva. Read on to discover what Shaw had to say about her character in her interview with StarWars.com.

Maarva is beginning to lose her patience with the Empire.

Shaw explained that playing an older character is “interesting”; because of the long life Maarva has already lived, her values are more refined, meaning she focuses more on the things that matter to her.

Maarva is beginning to view the world [differently], including the oppression that she’s absorbed, because the Empire does keep them all down, and they’re not proud of that. People get ashamed of being kept down, and Maarva’s husband has been killed by the very same Empire and hanged in the town square. So she’s had to swallow a lot of pride over the years. And we meet her at a point where maybe that’s becoming really untenable. 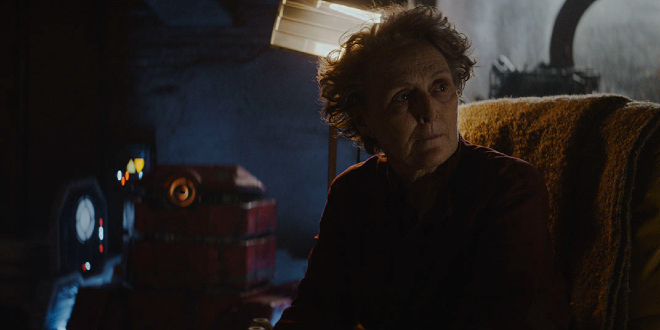 Fiona Shaw as Maarva on “Andor”

A sense of community is important on Andor.

Maarva lives on a planet called Ferrix, which Shaw describes as “a bit like an old industrial town.” Being a bighearted and practical person, Maarva fits right in with the other people who live there; they are hardworking and together create a sense of community, which is important for Maarva as the series develops. The community of people who live on Ferrix look after each other, and Shaw believes that they do this because “it’s really about the sharing of what little wealth exists in that community” rather than “showing off” what they have.

The family drama between the characters appealed to Shaw.

Shaw describes the story as being “full of all the complexity of family life.” The relationship Maarva has with her son is very complicated yet “a really good relationship.”

Shaw’s on-screen son Cassian is played by Diego Luna, and Shaw explained that when she first met him, COVID-19 rules were still in place, meaning their rehearsals involved wearing masks. However, Shaw soon discovered Luna was compassionate and very easy to trust, which made their very first scene together (a “difficult” scene that involves a family disagreement) much easier to film.

Maarva’s relationship with Cassian has a big influence over the person Cassian becomes. Her decision to remain on Ferrix and continue to fight influences the decisions he makes and actions he takes in the series and later in Rogue One.

Maarva treats her droid like a human would a dog.

When the discussion turned to droids, Shaw said that she imagines droids have similar relationships with their masters as dogs. Maarva and her droid, B2, have grown old alongside each other, and Shaw believes there is a lot of affection between droids and their masters.

They should be just computers, but actually ,they’re not. And they develop or disintegrate in the same way as humans, and that’s what makes it charming, I think.

Andor is available to watch on Disney+.