During my most recent visit to Hogwarts, I managed to catch up and spend some time with Neville Longbottom, Professor of Herbology. He is a brilliant man with a true passion for teaching. When I proposed the idea of posting an herbology column, he became enthusiastic. He jumped up from his desk, almost tripping over the stack of books next to it, and began rifling through pages. By the time I left, I had an extensive list of plants that he thought I should start with and stories to accompany them. 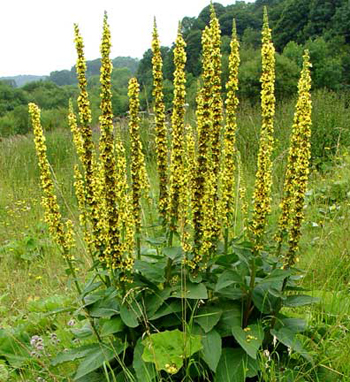 This plant is known to the scientific community as Anacyclus pyrethrum. It is more commonly known as pellitory or Spanish chamomile. The root of the plant is what is used. It is most commonly used in the Hiccuping Solution and hate potions. Professor Longbottom’s smile faded as he explained, “Unfortunately, I had several encounters with these potions. Some of my former classmates thought it was funny to slip the Hiccuping Potion in my tea at breakfast. I always carry the antidote on me now, just in case one of my students needs it.” Also known as Rhamnus frangula, glossy buckthorn, and breaking buckthorn. It is the bark of this plant that is harvested for use in potions. It is frequently used in Aging Potion and Skele-Gro. Professor Longbottom started laughing to himself, “I remember the first time I saw an aging potion in action. It was my fourth year, during the Triwizard Tournament. The Weasley twins tried to age themselves a bit to enter the contest. Needless to say, their plan literally backfired, and the cup zapped them and gave them beards.” He started crying from laughter at this time. “Everyone was laughing, even Dumbledore! They had to go up to the hospital wing to get them removed.”

This plant’s scientific name is Allium schoenoprasum. This is a small plant that belongs to the onion family. The chive is most famous for its culinary purposes. “It is frequently used in meals here at the castle. We grow it in the kitchen greenhouse.” His eyes lit up as he continued. “What most people do not know is that it has been used as a deterrent for vampires!” He leaned in and lowered his voice. “It’s rumored that a previous Hogwarts professor always had some on his person.”

Scientifically known as Galium aparine, cleavers is also known as goosegrass, catchweed, and bedstraw. When it is dried, it is often stuffed inside mattresses; it prevents nightmares from entering the room. “I frequently give this to students who have recurring nightmares. I remember when Ron – Weasley, that is – would wake up screaming about spiders surrounding him and trying to eat him after our second year. I gave him some of this to put in his mattress, and the nightmares nearly stopped. However, he did still frequently wake us up with his midnight snacking,” Professor Longbottom recalled. 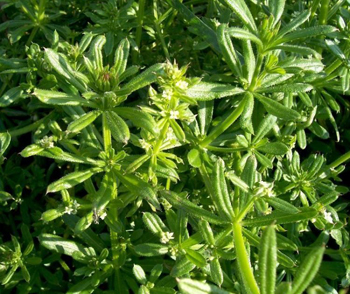 Overall, our first encounter was educational and entertaining. These are only a few of the many wonderfully useful and unique plants that cover our globe. Professor Longbottom said he would be more than happy to discuss more plants with me in the future, but for now I bid you all adieu and wish you happy herbology!