Only yesterday, October 6, the full track list of the Fantastic Beasts and Where to Find Them soundtrack was revealed. Now, we’ve got a chance to have our very first listen of the opening track from the film in full!

The music, which was composed by James Newton Howard, has already been featured in the trailers that have been released, but this is the first chance that we’ve had to hear one of the tracks in full. According to Pottermore, the soundtrack took seven months to compose. Howard spoke about the process of creating this track:

You hear the main theme song of the movie play when the main crew arrive at the MACUSA the first time and various other times. You hear this haunting kind of theme. If you had to say what is the theme for Fantastic Beasts and Where to Find Them for now and in the future, it would be that theme. I wrote it on my piano because I believe that if that kind of thing is going to be good, it should be done that simply.

You can listen to the track below.

We can’t wait to hear more! But for now, we’ll have to wait until November 18, when the film is released.

We reported yesterday on the full track list of the soundtrack, but we now have even more details about the release. As reported, there will be 26 tracks on the deluxe edition, which runs to over 100 minutes. The standard edition of the soundtrack will be 72 minutes, with 17 tracks. Both albums will be released on November 18, the day of the film’s release. You can pre-order both editions of the soundtrack now.

Plus, you can see an image of the contents of the deluxe edition below, as well as the covers for the standard and deluxe editions. 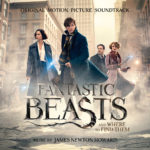 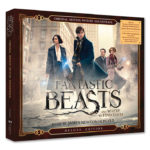 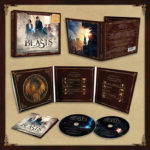 Will you be pre-ordering either edition of the soundtrack? What do you think of the new track? Let us know in the comments!