Just a Smidge of Ron in “Cursed Child” Appreciation

When the clock struck midnight on July 31, the sound of spines being cracked open echoed throughout the Harry Potter fandom. After months of wondering, waiting, worrying, the script book of Harry Potter and the Cursed Child had finally arrived. Some loved it. Some hated it. After I turned the final page, my mind was a flurry of theories and ideas, and my heart heavy with pride for these characters whom we know so well. But it wasn’t Harry or Hermione I was most proud of. It was Ron.

Armies of fans seem livid about the depiction of Ron in Cursed Child. On the other side of the debate, there appears to be a lack of vocalizing any sort of love for Ron in the play. Either that or I’m the sole person who feels that Ronald Weasley deserves a little more appreciation! (N.B. This is solely going to focus on the non-tampered timeline.)

Let’s skip past the terrible rehash at the epilogue scene and catch up with Ron a little later in Part 1, Act 1. Where people have criticized the joker that Ron has become, that can alternatively be viewed as an excellent asset. This is a play about evil rising again in the last form expected, people messing with time and potentially losing those they love in the process, and of course, death. Like in the original series, every Harry Potter story needs light moments that make your heart sing. Ron brings those moments when they are most crucial, both to us, the audience member/reader who is drained by the words “all was well” falling apart, and to the characters who are so torn in their chaotic lives. He is a self-assured, blunt, and calming force that is essential in the darker moments of Cursed Child. Simply put, Ron brings light to the darkness. 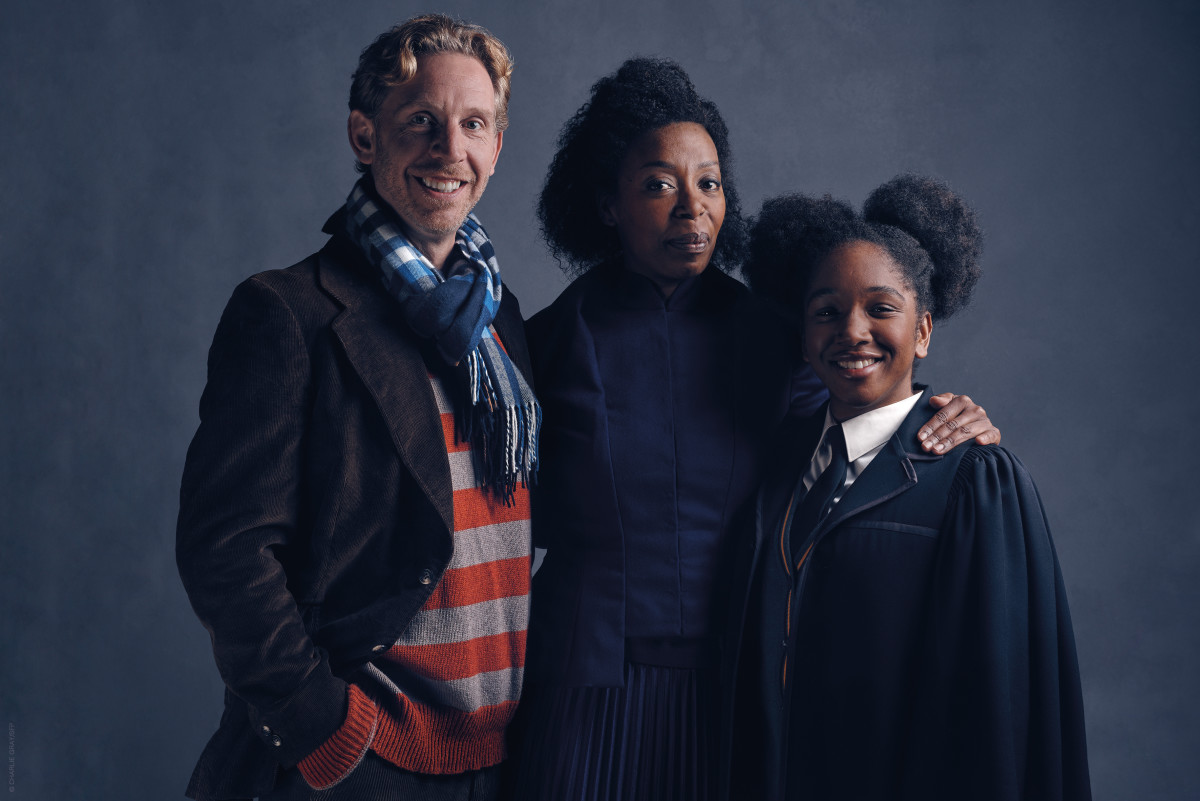 When we finally meet Ron 19 years later, the man he has grown to be instead of who he could have been been a wonderful person. Even though he had the opportunity to be an Auror, for once, he stepped out of Harry’s shadow and did something unique and his own in helping run Weasleys’ Wizard Wheezes. He has at long last found the place where he belongs, and as we all saw in Sorcerer’s Stone, his admirable strategic skills could come in handy when it comes to co-managing a growing empire. What also caught my eye is that Ron is the main parent to Rose and Hugo, and it is implied that he is a part-time stay-at-home dad, which again reflects how far we are advancing in gender equality. Hermione may be working ridiculous hours as the Minister of Magic, but instead of being jealous of her position, he is her number one cheerleader. In stepping into his own light and ditching his ambition for the love of his children, Ron has finally become the person whom he is meant to be, and to our relief, he’s proud of it too!

But what struck me most of all was how our favorite Weasley’s emotional range had excelled beyond that of a teaspoon. Now it’s ladle-sized! It isn’t hard to recall all the moments in Half-Blood Prince and Deathly Hallows in which Ron’s lack of expressing what he really felt caused major conflicts. Yet simultaneously, it’s easy to set that aside and be in awe at the progression that has taken place to the point where Ron is romantic. Even when Albus is polyjuiced as his uncle, it’s important to remember that the actions he carries out will be seen to him as typical of Ron to Hermione. As opposed to hiding his feelings until the last chance in which they can be exposed, he’s a very loving and overtly affectionate man. And again, if you still don’t see the transformation, then at least take a look at the fact that it is HE who adorably suggests a vow renewal to Hermione and not the other way around!

Take what you will from Cursed Child, but this Gryffindor certainly wears his lion’s heart with pride.