He couldn’t know that at this very moment, people meeting in secret all over the country were holding up their glasses and saying in hushed voices: ‘To Harry Potter: the boy who lived!’ (Philosopher’s Stone, 18)

It’s been 20 years since Harry Potter and the Philosopher’s Stone was first published in the UK, and, all over the world, parties have been taking place to celebrate! Here, we provide some of the highlights from MuggleNet staff!

Kris, Creative Team, shared these photos from a celebration at Whitcoulls St Lukes in Auckland, New Zealand, where the store’s staff posed with a wanted poster prop: 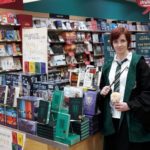 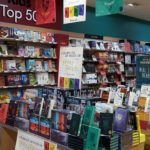 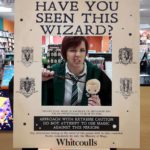 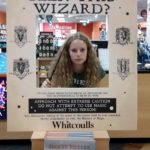 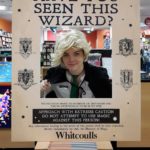 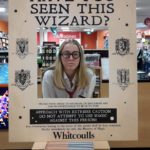 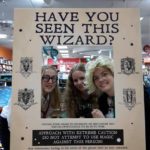 Shauna, Social Media intern, shared these photos from an event held at the St Pierre Hotel in Chepstow, Wales: 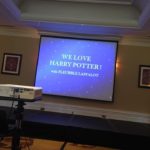 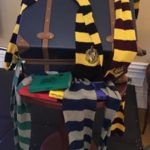 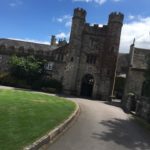 Jennifer, Content Editor, went to Waterstones – Lancaster Cornmarket. She added that the store provided a quiz that attendees could complete for entry into a contest to win a copy of the latest edition of Philosopher’s Stone: 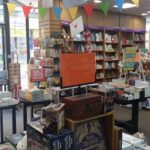 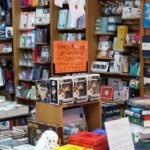 There was an event last night celebrating 20 years since the release of PS. A few people came in costume, and there was a quiz with questions about PS, with a copy of the PS house edition as a prize. We designed and presented our own Hogwarts ghosts, and there was a “memory wall”. 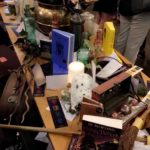 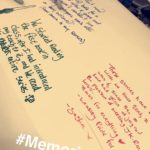 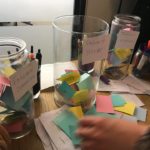 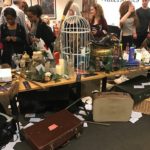 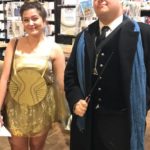 And finally, Luna, Transcriber, was at an exciting event held by the British Embassy in Uruguay. The event itself was held at the Ambassador’s House, and there was a selection process for entry to the event. Luna wrote a little more about the event for us.

It was basically a tour of 3 or 4 rooms. I am disabled, so I entered through another door (more accesible) and missed a room, but from pictures I understand they had a kind of print of the platform 9 3/4 wall and people had to go through it. Also, apparently some people got sorted, but I don’t know where or when.

Then, they put us all in a dimly lit room which was decorated with a bed under the stairs with Harry’s glasses, a scarf, some books, and some letters. Beside it there was an owl statue with a sign that said Privet Drive. And in the corners of the room there were huge signs of the four houses and we had to group together with people from our house. There was an entertainer per house (I guess we could call them head of houses, or prefects) and they told us some known facts about our houses and asked us questions (like if we knew who was the head of house, or which animal represented each house, or if we knew certain spells).

Then we went on to another room in which there was a magician who did some tricks. Then they asked us to say Alohomora and another door opened. We went through and we had a “house tournament” (a quiz), and we (Hufflepuff) won and they gave us HP20 pins. Then we went to the last room and they gave a gift chosen randomly and another to the best costume (a girl that was dressed as the Fat Lady, with picture frame, and cup, and everything). Then they gave us all some stickers and the ambassador (who was wearing Ravenclaw robes) gave us gorgeous (huge) posters with Jim Kay’s illustration of Hogwarts, we took some pictures with “Have you seen this wizard?” signs and we left. Oh, and there were books on sale too.

I’ve never gone to any Harry Potter event so it was all super exciting for me and it was one of the best nights of my life. 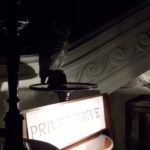 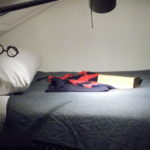 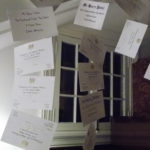 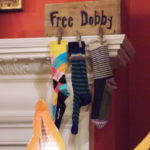 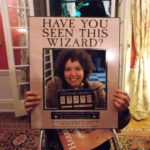 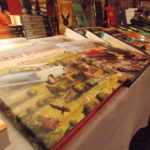 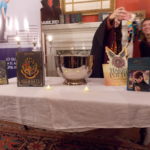 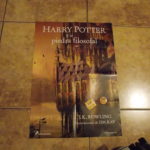 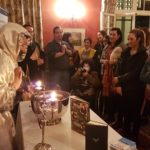 For more pictures and information about the event, check out the embassy page here.

It certainly looks like everyone had a fabulous time celebrating our boy wizard. Did you attend a party or celebration? Tell us about it in the comments!