How do you know Bill Weasley actor Domhnall Gleeson’s career is booming? When he starts taking on roles in blockbusters like The Revenant, Star Wars: The Force Awakens, and most recently, Goodbye Christopher Robin, a drama based on Winnie-the-Pooh creator A.A. Milne. The gorgeously illustrated, nostalgia-inducing poster for the film has been released, with Domhnall Gleeson starring as the cherished author. 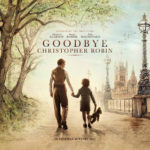 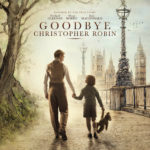 The film’s official description calls it “a rare glimpse into the relationship between beloved children’s author A. A. Milne and his son Christopher Robin,” whose toys inspired the classic books. Milne and his son’s relationship was indeed a strained and resentful one after Christopher’s childhood made his father an international success, and it appears that the film will attempt to capture the tension between them against a backdrop of post-World War I England. Also appearing are Suicide Squad’s Margot Robbie as Daphne, Milne’s wife, and fellow Harry Potter and Disney alumna Kelly Macdonald (Helena Ravenclaw – DH2) as Nanny Olive.

Though not much else about the film is known, director Simon Curtis has announced a fall release. After Finding Neverland  (Johnny Depp) and Saving Mr. Banks (Emma Thompson) garnered good reviews, we can hope for another poignant and thoughtful story to cherish as much we do Winnie-the-Pooh!