Dame Julie Walters (Mrs. Weasley) is the cover star of the UK edition of Good Housekeeping for its September 2017 issue, and in her interview with the magazine, she discusses equality in the entertainment industry.

Having been appointed Dame Commander of the Order of the British Empire last month, she expresses that she is in favor of equal pay for equal work.

It’s about equality of opportunity. It’s good that we’re talking about it. It should be out there. A lot of people don’t know that it is the case. The men were earning more money. Why? It’s the same bloody job! It’s women who go to the cinema more generally speaking, so it doesn’t make sense from that point of view either. I think it’s wrong. Equal pay is the answer.

She also talks about her relationship with her husband, Grant Roffey.

We talk about everything. And not being afraid to say sorry sometimes – even when you are always right! That’s important. A bit of tolerance and compromise. Knowing it’s not perfect; it can’t ever be. There’s no such thing… Grant puts notes in my packing when I go away. I find a little note saying ‘I love you’ in among my things. I just say: ‘Don’t forget the washing!’

Walters also touches on her upcoming role as Ellen, the housekeeper, in Mary Poppins Returns.

I play Ellen the housekeeper, and I sing and fly! It’s great fun… Emily Blunt (who plays Mary) is fantastic. She brought me to tears in the rehearsal room when she was singing one of the songs. It’s very moving.

Take a look at Walters’ photo shoot for Good Housekeeping below! 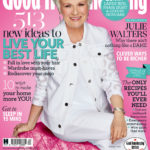 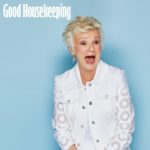 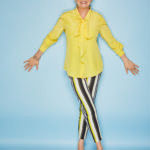 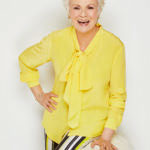 The September issue of Good Housekeeping, which contains the full interview, hits newsstands August 2. It will also be available digitally. What do you think of the gender pay gap? Do you think it needs to be abolished? Tell us your thoughts in the comments below!

Don’t forget to purchase your ticket to MuggleNet’s private fan event taking place September 1 at Universal Studios Orlando, where we’ve reserved Diagon Alley, King’s Cross Station, and the Hogwarts Express just for our guests! We’ve got a ton of magical things planned for attendees, including exclusive, once-in-a-lifetime experiences with Potter talent inside Diagon Alley and on Platform 9 ¾! Get your tickets here!