A Piece of “Potter” History: Two Gryffindor Common Room Armchairs Are Up for Auction!

Everyone dreams of experiencing the sights and sounds of their Hogwarts House common room. Now that dream is closer than ever for one lucky Gryffindor – if they have a spare £2,000, that is!

Two Gryffindor common room armchairs are set to go to auction at Hansons Auctioneers, London, on March 24. The iconic, comfortable, red armchairs are props from Harry Potter and the Sorcerer’s Stone and are originally part of a set of four. They can clearly be seen in aerial shots of the common room, making them an even more exciting purchase for a potential buyer. 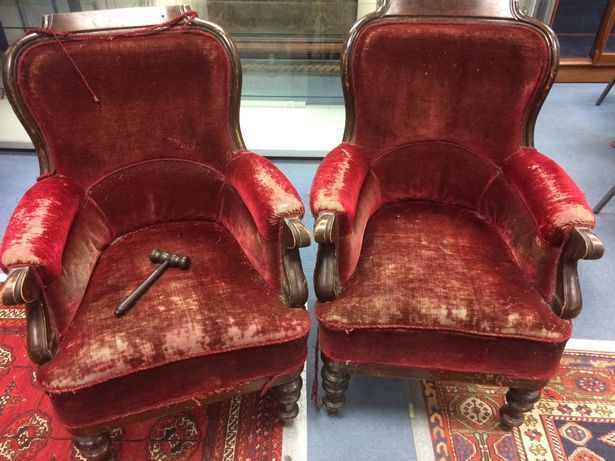 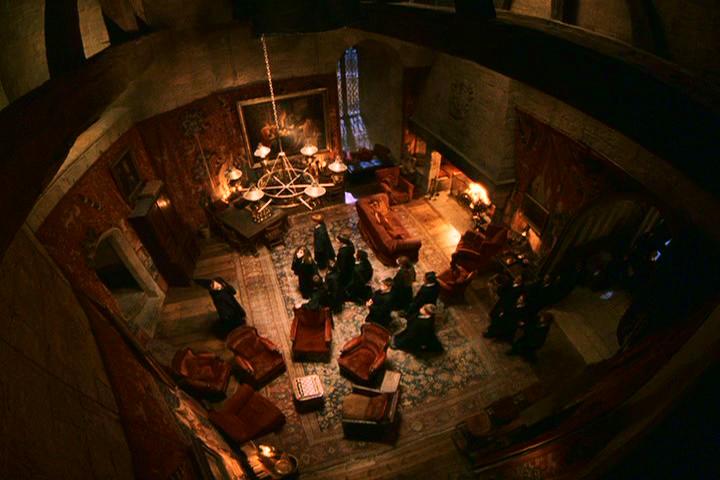 The Gryffindor common room as seen in the films

The armchairs are set to reach an estimated £1,000–£2,000 when they go under the hammer in just over a week’s time. Originally sold by a major film props company, the props have been put up for auction by an anonymous London seller who hopes to see the chairs snapped up by a “huge Harry Potter fan.”

The Associate Director of Hansons reminds fans and potential buyers that auctions of Potter film props are few and far between due to the tightly guarded nature of the film set:

This is a wonderful – and rare – opportunity for Harry Potter fans. It’s not often props like this from such a famous film become available to buy. I am sure Potter super fans all over the world would love the chance to own something that has played its part in cinema history.

Pieces of Potter history are big news in the auction world. Books, film props, and other memorabilia can generate a lot of interest, with some items reaching prices that would make even Ludo Bagman blush.

Arguably the most anticipated (and expensive) Potter auctions are for the sale of books. In 2016, one of seven handwritten copies of The Tales of Beedle the Bard was sold by Sotheby’s for £368,750 (US$467,965). Less than a year later, we were treated to two auctions of copies of Harry Potter and the Philosopher’s Stone. In September 2017, a coveted, unsigned first edition came up for sale. It sold for an astonishing US$81,250 (£59,866), giving Heritage Auctions the record for most expensive, uninscribed work of fiction published in the last 50 years. Two months later, records were toppled again when Bonhams sold a signed first edition, which reached a staggering £106,250 (US$140,196.88).

While the Gryffindor armchairs aren’t expected to reach these dizzying prices, Hansons Auctioneers is expecting to see“fierce competition”  at auction. Afterall, it’s not every day that you get the chance decorate your house with actual Hogwarts furniture!

Which movie props do you wish would make it to auction?