MYTHTERY: Is Nagini the Snake That Harry Set Free in “Sorcerer’s Stone”?

Nagini, Voldemort’s snake, is the same serpent that Harry Potter inadvertently aided in escaping from the zoo in Harry Potter and the Sorcerer’s Stone. 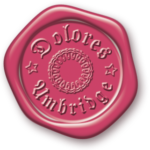 In Sorcerer’s Stone, Harry has a brief encounter with a bored boa constrictor that ends with the snake escaping the zoo by way of magically disappearing glass. In Harry Potter and the Goblet of Fire, Harry meets the snake Nagini, which Voldemort has come to possess. Subsequently, the rumor that these two snakes are one and the same began to fly across the fandom.

There are three main physical differences in the snakes: their gender, their coloring, and their size. It is generally accepted that Nagini is a female and green in color. (Her exact species remains unknown though there’s speculation about her being a viper of sorts.) It is also accepted that the snake released at the zoo is implied to be male. In addition to this, being a boa constrictor, he would be colored with a light-brown base and red-brown markings. Finally, there is the sheer size difference between the snakes. As described in Book 1, the boa “could have wrapped its body twice around Uncle Vernon’s car and crushed it into a trash can.” Nagini, as described in Book 4, is roughly 12 feet long. If an observer were to go off physical appearance and physical gender alone, it is highly unlikely that Nagini is the boa from Sorcerer’s Stone. However, there is also one more discrepancy between the two reptiles worth mentioning.

Perhaps the most concrete dissimilarity lies in the bite Nagini took out of Arthur Weasley in Harry Potter and the Order of the Phoenix, witnessed through the eyes of Harry Potter. This bite showed itself to be deadly in an unusual way where its poison kept Arthur’s wound open and bleeding, proving that Nagini is venomous. This is important because the snake encountered in Sorcerer’s Stone was, again, a Brazilian boa constrictor and boa constrictors are decidedly not venomous.

While snakes and their imagery are quite common in the Harry Potter story, and it wouldn’t have been surprising to find out the snake from the beginning became so important in the end, we feel safe in saying that this theory has been demythed.