Hogwarts Castle is being taken over by the Dark Arts in a brand-new projection show at Universal Studios Hollywood – “Dark Arts at Hogwarts Castle.” The long-awaited show had a special preview event on April 11 and 12. The show will start its official run on April 13 and will end on April 28 with an additional run on May 25–27, 2019.

This magical show features all manner of dark creatures and beings, including Acromantulas, trolls, Dementors, Death Eaters, and Lord Voldemort. There was even a special soundtrack created exclusively for this show that was recorded by the London Symphony Orchestra.

For the first time, Universal Studios Hollywood will be using drones for this spectacular Dark Arts show. In the brilliant conclusion of the show, Harry’s stag Patronus appears in order to rid the castle of the invading dark forces. The drones will appear in the air next to the castle to create a truly magical display of the magnificent stag Patronus. Unfortunately, the weather prevented the use of the drones for the first preview show. However, the show went on and was simply amazing despite the lack.

Fans who were able to see the premiere of the Dark Arts projection show are raving! Check out the photos from the premiere as well as an interview with Stephen Siercks, Senior Director of Entertainment Production at Universal, below. 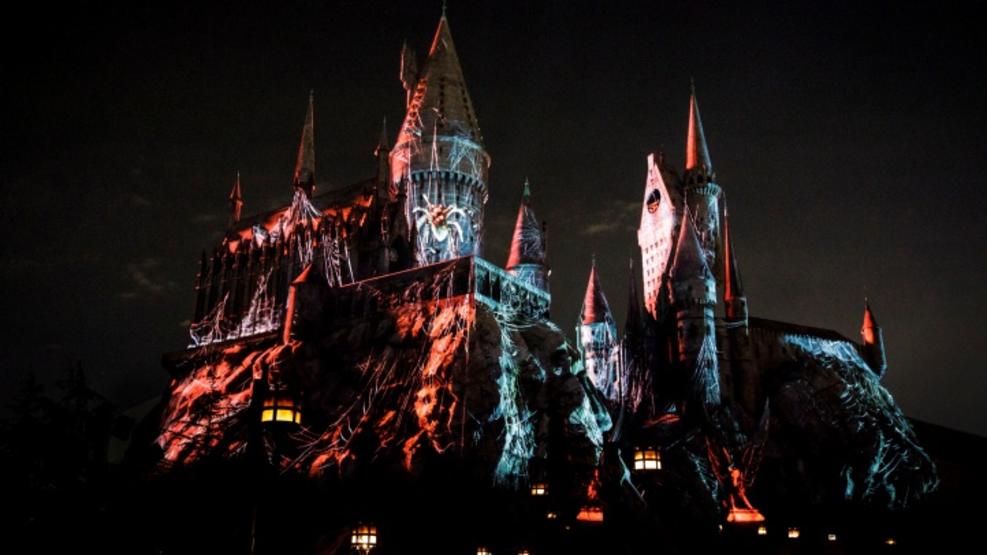 Creepy Acromantulas can be seen climbing across the castle. 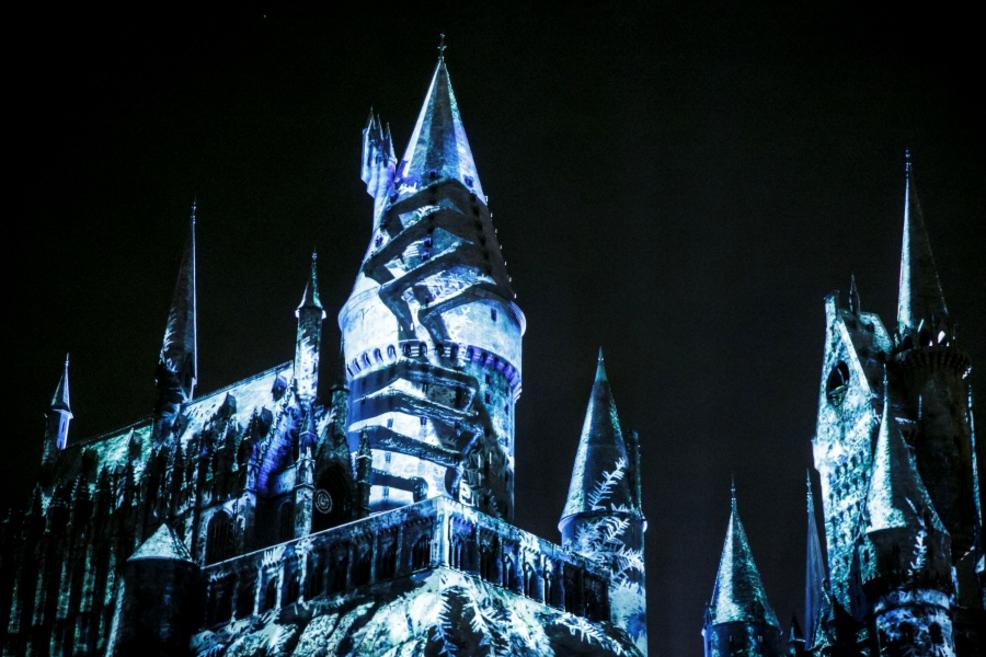 The castle is even taken over by Dementors during the show. 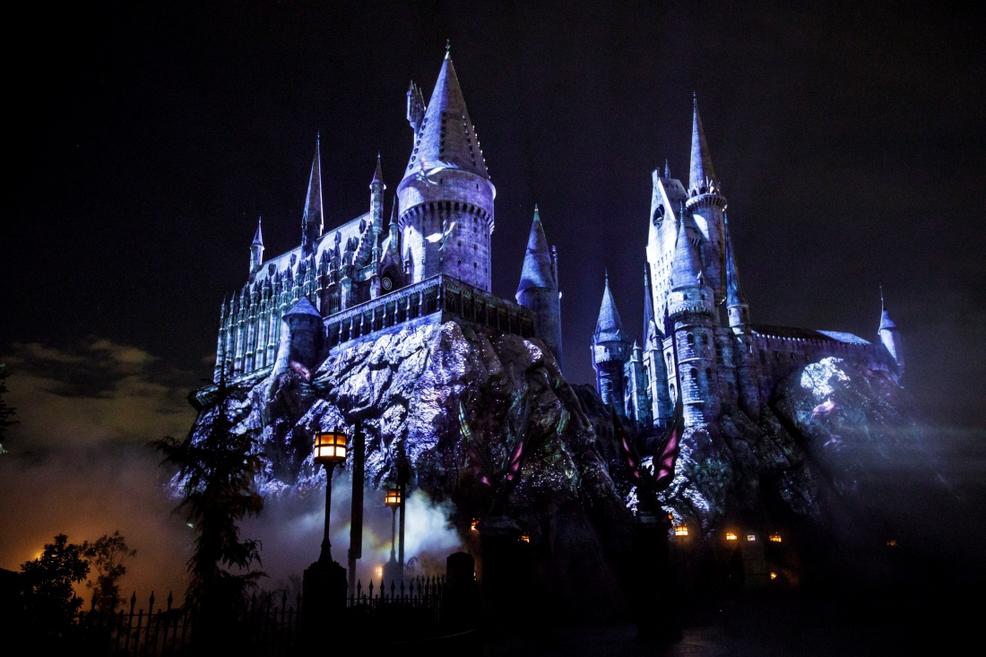 The special fog element helps give the castle a spooky feel. 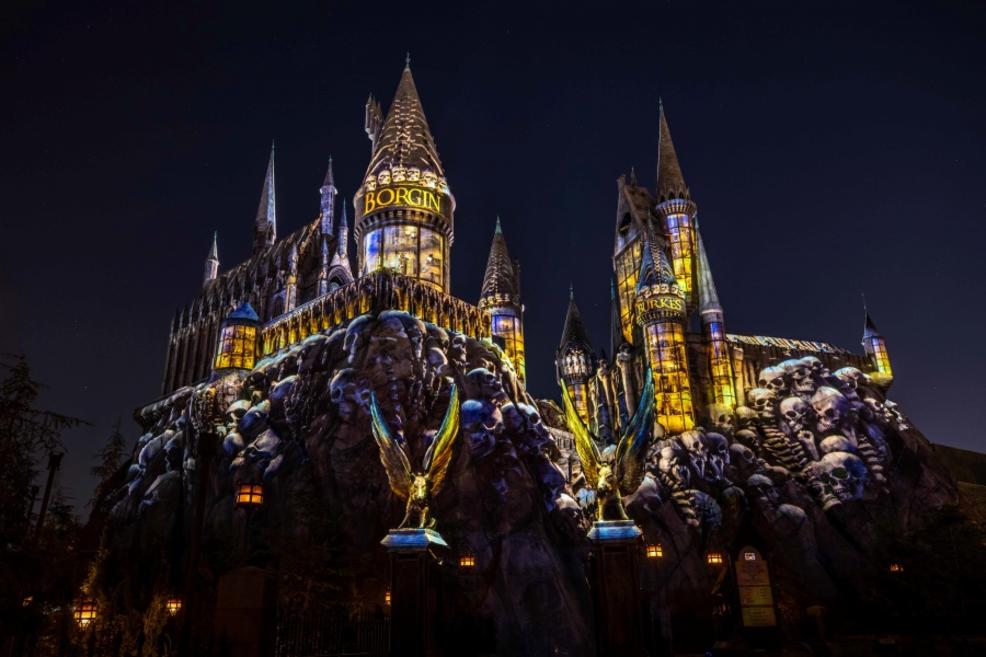 The show also features a shop known for its familiarity with the Dark Arts – Borgin and Burkes. 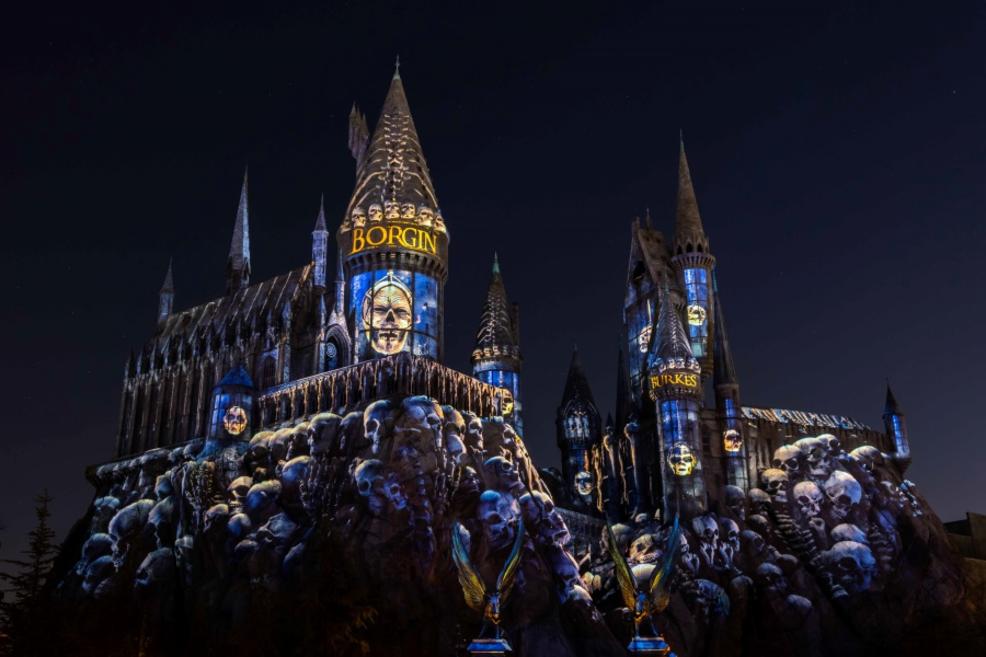 Death Eaters can also be found in the “Dark Arts at Hogwarts Castle” show. 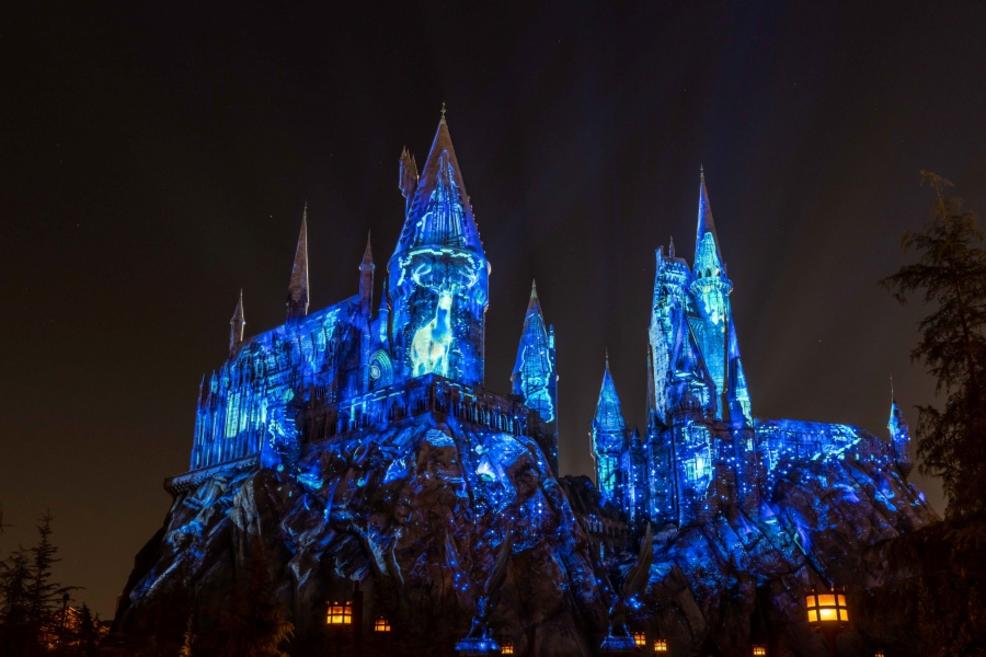 Harry’s stag Patronus saves the castle from the dark creatures at the end of the show. 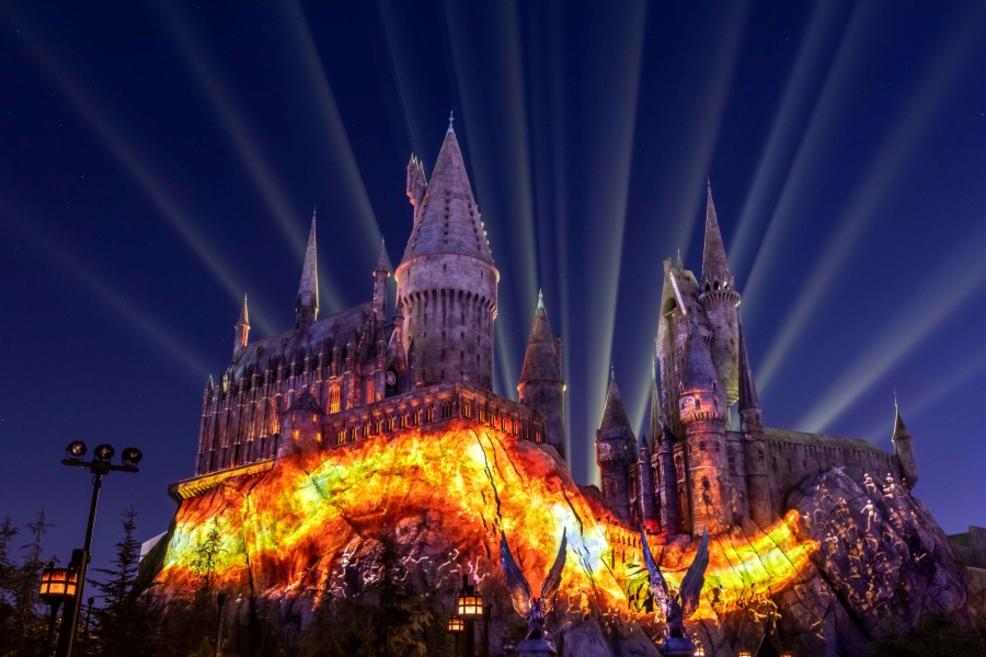 The show will feature unique elements such as fog and fire. 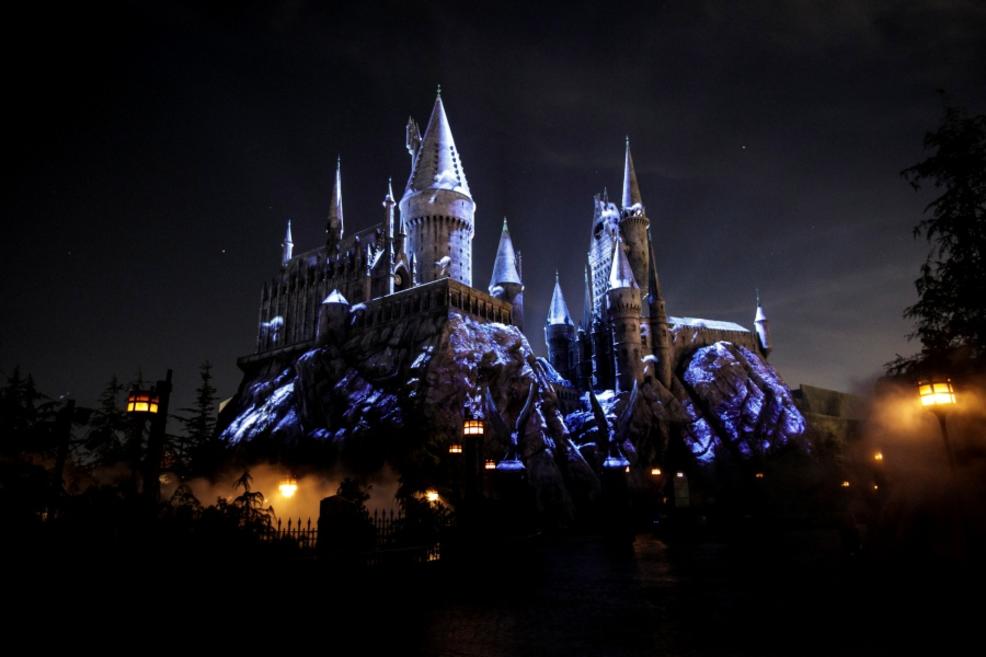 “Dark Arts at Hogwarts Castle” is bigger than any past projection show in the Wizarding World of Harry Potter.

For fans of Harry Potter on the East Coast, get ready, because “Dark Arts at Hogwarts Castle” is coming to Universal Orlando Resort later this year!

Are you making plans to see this magically spooky show? Let us know in the comments below!