Crookshanks once belonged to Lily Potter. 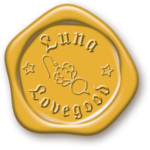 While taking shelter at Grimmauld Place in Harry Potter and the Deathly Hallows, Harry finds a letter his mother, Lily, wrote to Sirius. In the letter, Lily thanks Sirius for the toy broomstick he sent for Harry’s first Christmas. She mentions Harry nearly killed their pet cat while zooming around on the toy. Harry is left wondering what became of the cat his mother mentioned in her letter. Did the kitty die at Godric’s Hollow or run away when there was no one left to feed it?

In Harry Potter and the Prisoner of Azkaban, Hermione adopts her fluffy, ginger cat Crookshanks from the Magical Menagerie in Diagon Alley. The shop keeper tells Hermione that the cat had been at the shop for ages since no one was interested in buying him. Fans speculate that the Potter’s cat may have found his way to the Magical Menagerie from Godric’s Hollow after Lily and James died.

While it’s nice to think Hermione’s beloved cat had first belonged to Lily Potter, proceed with caution. Be wary of Wrackspurts.

That being said, J.K. Rowling has neither denied nor confirmed this theory.