Harry Potter and the Cursed Child has continued to amaze fans all over the world with magic on the stage. The latest announcement from the cast of the Broadway production is asking fans to bring their House pride to the show.

The cast of Harry Potter and the Cursed Child Broadway released a video announcing House pride nights. Several nights between February 13 and March 6 will be dedicated to a particular House and themed around that House’s characteristics.

The first 100 guests in attendance at the Thursday House pride shows will experience not only the wonder of Harry Potter and the Cursed Child on-stage but also early access to the theater gift shop and bar, as well as a chance to participate in several special House-oriented activities.

Loyal Hufflepuffs, cunning Slytherins, brave Gryffindors, and wise Ravenclaws will have the opportunity to experience House trivia, a costume contest, photo ops, early entry to the show, and so much more! Prizes will be awarded to the winners of the costume contest and the trivia game. And if you’re a Wizarding World Gold subscriber, you’ll also enjoy a complimentary drink (alcoholic or non-alcoholic).

As a bonus, every audience member “will receive a House-themed souvenir pin.”

Tickets can be purchased for the Broadway production of Harry Potter and the Cursed Child starting at $69 per part. 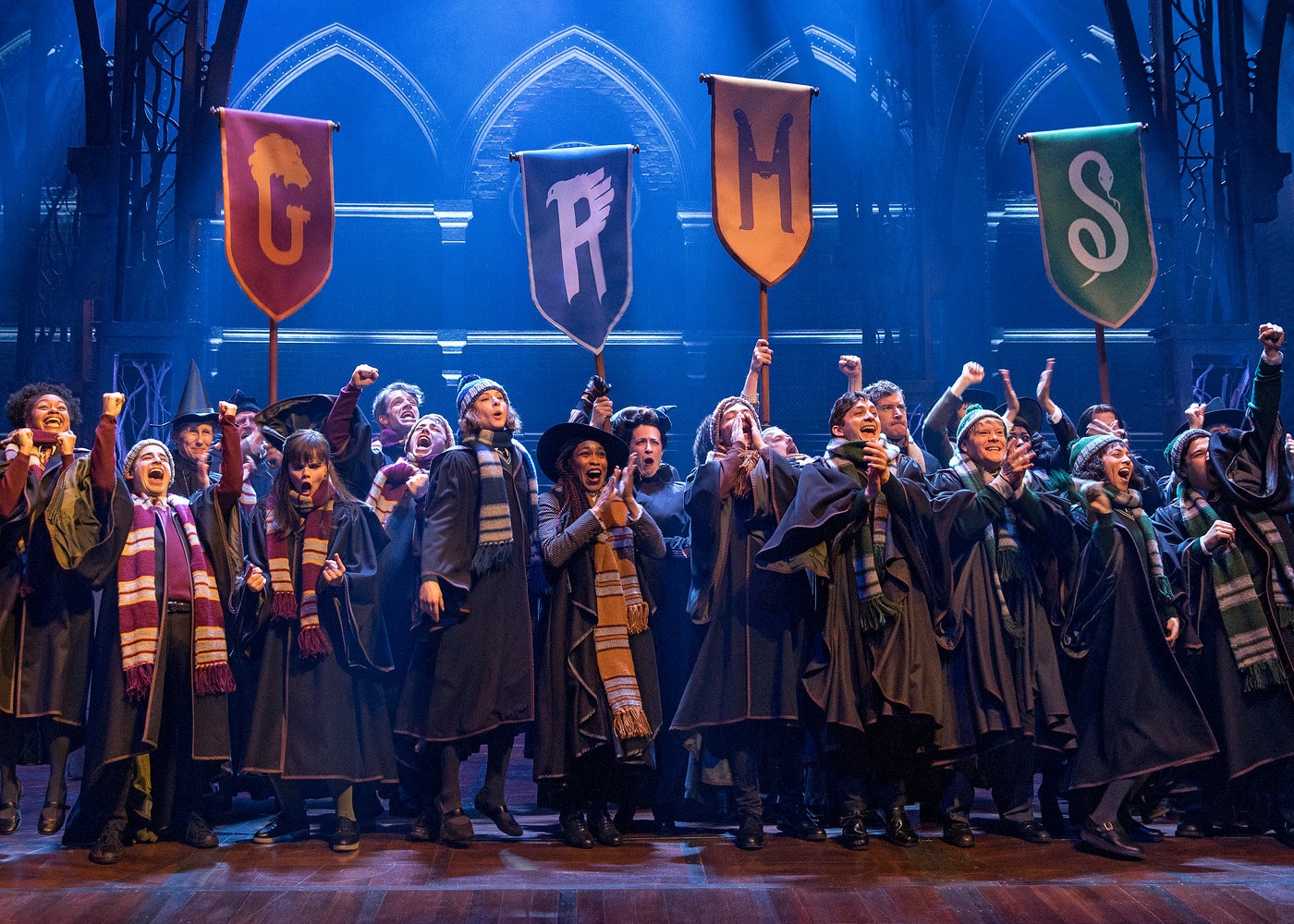 The Tony Award-winning Broadway production of Harry Potter and the Cursed Child will celebrate the Hogwarts [H]ouses with four special performances dedicated to each [H]ouse. Gryffindor, Slytherin, Hufflepuff and Ravenclaw [H]ouses are the four living and learning communities for Hogwarts students, named after the wizarding school’s four founders.

The first 100 audience members who arrive early on each Thursday will receive early access to the theatre at 5:45 pm, special access to the theatre bars and gift shop, and the opportunity to participate in Harry Potter trivia featuring Harry Potter and the Cursed Child cast appearances. All audience members will receive a [H]ouse-themed souvenir pin and have the opportunity to enter the [H]ouse pride costume contest.

Tickets for these special performances start at $69 and can be purchased at www.HarryPotterOnStage.com.

Receiving universal acclaim for its breathtaking magic and stage wizardry, Harry Potter and the Cursed Child is the most awarded play in theatre history, winning 25 major U.S. awards, with six Tony Awards, including Best Play. It also won 24 major theatre awards in the U.K. and is the most awarded show in the history of Britain’s Olivier Awards, winning a record-breaking nine awards, including Best New Play.

Consistently smashing box office records around the world, Harry Potter and the Cursed Child is now playing at the Palace Theatre in London, where it received its world premiere in July 2016; at the Lyric Theatre in New York, where it opened on Broadway in April 2018; [at] the Curran Theater [sic] in San Francisco (December 2019); and at the Princess Theatre in Melbourne, where it opened in February 2019. Upcoming productions include the German premiere, also the first foreign language production, at the Mehr! Theater am Großmarkt in Hamburg in [the] spring of 2020, and the Ed Mirvish Theatre in Toronto, Canada, is [a]utumn 2020.