The Wizarding World presence on Apple TV+ is growing, with the second season of Rupert Grint’s Servant in the works and the platform’s first British series, starring Imelda Staunton (Dolores Umbridge), set for release in May.

The first season of Rupert Grint’s psychological thriller, Servant, may have only just ended this month, but the cast and crew are already thinking about how they would like the story of the Turner family to develop.

In an interview with ComingSoon.net, Grint and costar Nell Tiger Free, who plays nanny Leanne Grayson, joked about taking the hard-hitting series in a much lighter direction (such as the Turners on vacation!) before Grint revealed that what he is most looking forward to is the fact that the series could go in any direction.

That’s the great thing about it; you can kind of go anywhere, so it’s quite exciting.

Lauren Ambrose and Toby Kebbell, who play Dorothy and Sean Turner, had differing views on how they would like the series to develop. Ambrose proposed that the series could branch outside of the Turners’ house, where the first season was set, while Kebbell revealed that he would prefer to stay in the familiar location:

I’m the opposite; I want to stay in that house. I love it in there; I actually love being in there.

All four members of the cast did agree on one thing, however: that the direction of Season 2 is ultimately in the hands of writer Tony Basgallop and producer M. Night Shyamalan.

But Rupert Grint is not the only Wizarding World star to look out for on Apple TV+.

Earlier this month, it was revealed that Imelda Staunton would star in the first original British series for the streaming platform, Trying. 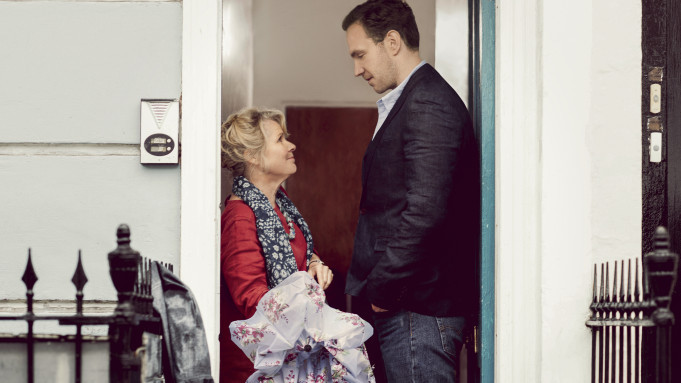 The eight-part comedy series follows couple Jason and Nikki and their journey of settling down and wanting to have a baby, which unfortunately is “the one thing they just can’t have.”

There’s no information yet about Staunton’s character, but interestingly, she is not the only Wizarding World connection in Trying. The character of Jason is played by Rafe Spall, son of Timothy Spall (Peter Pettigrew), and Nikki is played by Esther Smith, who debuted the role of Delphi in the West End production of Harry Potter and the Cursed Child.

A new comedy series from the UK about growing up, settling down, and finding someone to love.
Trying premieres May 1, exclusively on Apple TV+. pic.twitter.com/PURKrzLF7D

Trying is set to be released globally on May 1. There is no release date yet for Season 2 of Servant, but keep checking in with MuggleNet to find out when the series will next hit our screens.