Merch Madness: It Glows in the Dark!

We’re back with another edition of Merch Madness! As usual, the magical new releases in the realm of Wizarding World merchandise are going on our wish list. Let’s take a look!

While we don’t want to anger any of the goblins working at Gringotts, this chocolate coin mold from Merchoid is too much fun not to purchase! 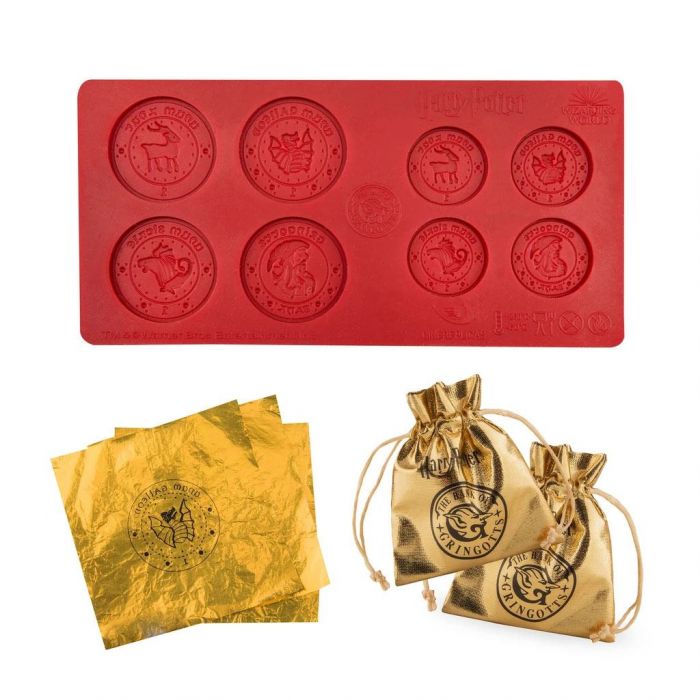 The mold is currently available for preorder for $22.99 and is due to ship in May. The kit contains a chocolate coin mold with eight cavities for coins, two pouches, and 16 foil wrappers. The mold is made of silicone, while the pouches are made of polyester.

Sideshow Collectibles has yet another lifelike figure from Star Ace Toys available for purchase! This time, it’s none other than Ginny Weasley, featured in her casual clothing and accompanied by some school supplies. 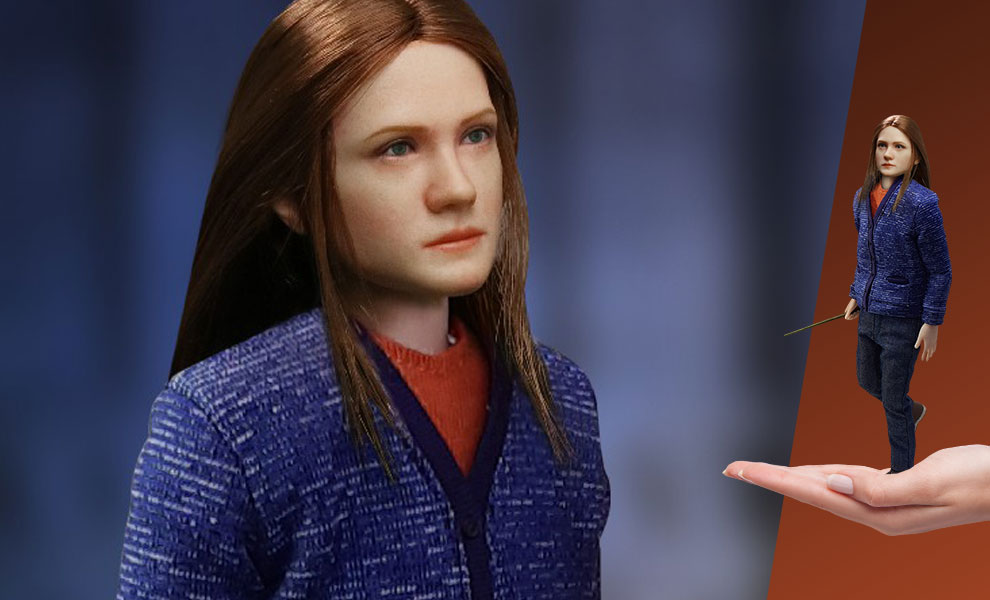 A prototype of the Ginny Weasley (Casual Wear) figure from Star Ace Toys, as sold by Sideshow Collectibles, is pictured.

Sideshow and Star Ace present the youngest of the Weasley clan and the only girl, Ginny Weasley! Based on the likeness of actress Bonnie Wright from the films, Ginny is a brave and tenacious witch who ultimately becomes Harry Potter’s girlfriend.

A must-have for fans of Ginny Weasley and Harry Potter!

Need that little something extra for your walls? How about something that glows in the dark? With Wilko’s glow-in-the-dark Marauder’s Map wallpaper, you can also show your love for the Harry Potter series! 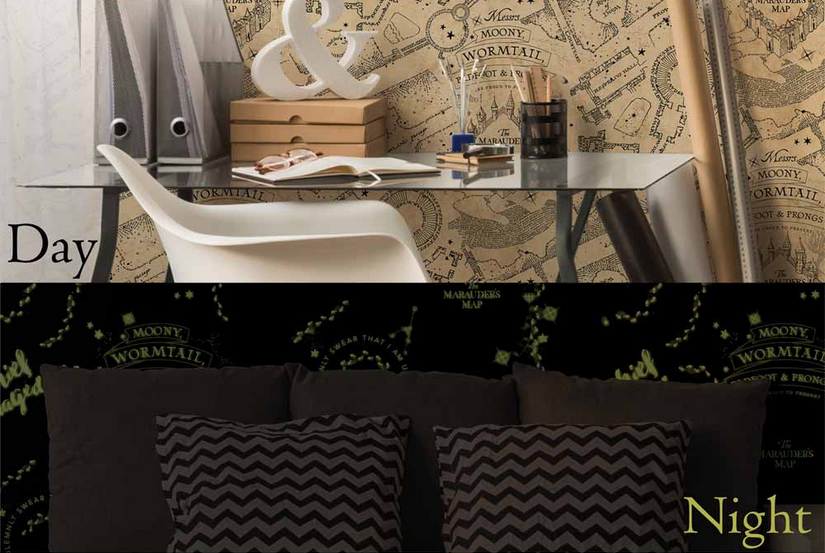 The Harry Potter Glow in the Dark Mischief Managed Wallpaper from Wilko is pictured.

While the website notes that it is “[g]reat for children’s bedrooms,” we think that it would be perfect just about anywhere.

Step into Hogwarts with our magical Marauder’s Map wallpaper, Mischief Managed. Our clever Glow in the Dark ink reveals every corner and secret passage of Hogwarts from the iconic Marauder’s Map created by Moony, Wormtail, Padfoot and Prongs. Charges during the day with natural light, or a flip of the light switch, and then fades gradually over a 30 minute period, to allow your child a peaceful night’s sleep.

If you need to buy some new decorations to go with your glow-in-the-dark wallpaper, why not buy these adorable throw pillows from Primark? The Sun writes that a number of fans have already expressed a desire to take home a Hedwig of their very own! 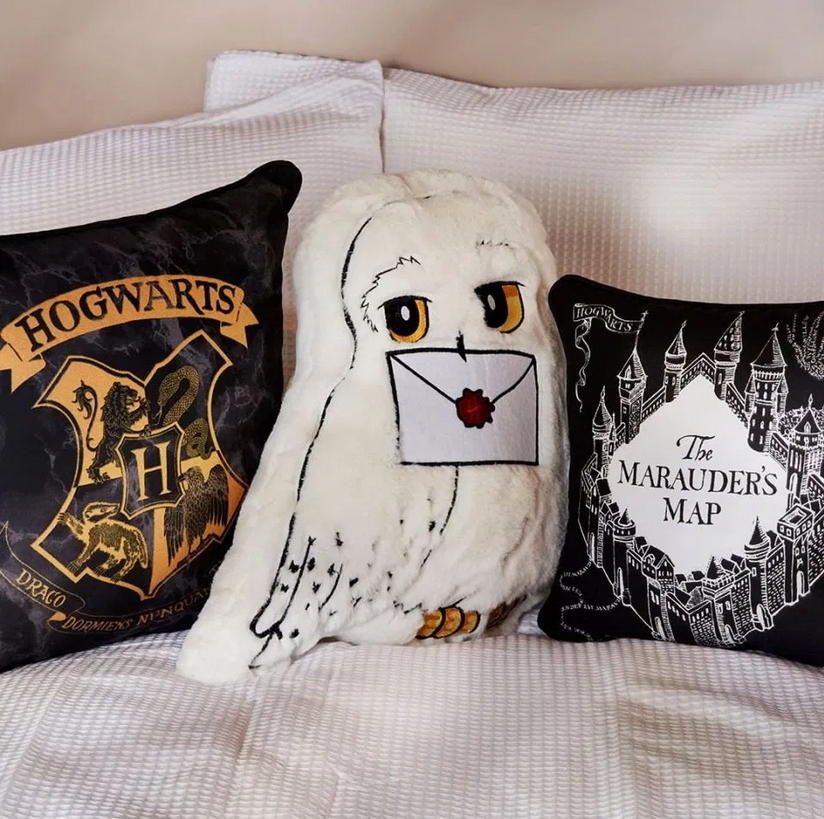 A set of “Harry Potter”–inspired throw pillows from Primark is pictured.

While Primark doesn’t have an online store, you can search for your nearest location online. Prices for the pillows start at £6.00.

Last, but certainly not least, we have yet another great game from The OP. Formerly known as USAOpoly, the company now brings us Harry Potter: House Cup Competition. 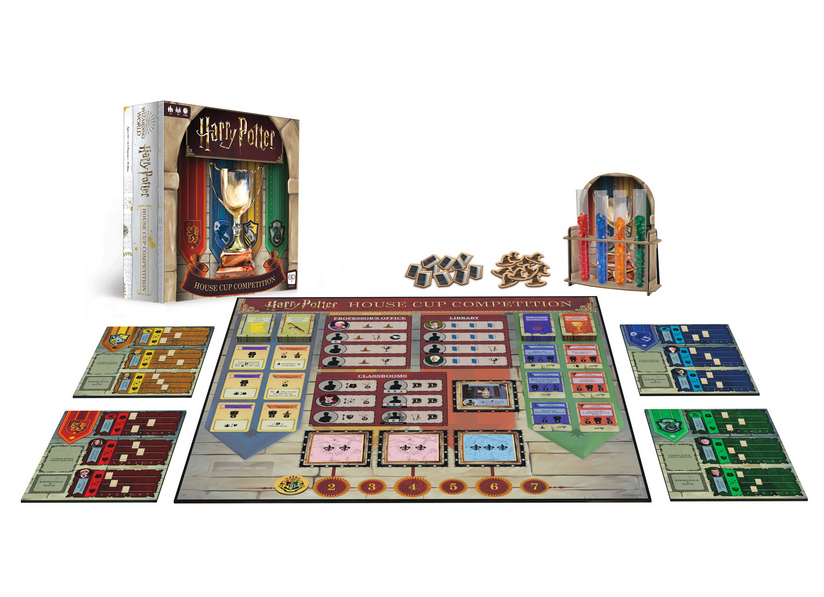 Harry Potter: House Cup Competition from The OP is pictured.

Strategic choices are needed in Harry Potter: House Cup Competition as it recreates the joy and house pride among students vying to stand out at the end of the school year. Players will have three wizards-in-training as their student ‘workers’ who will need to gain knowledge in classes like Charms, Potions, and Defence Against the Dark Arts, while completing challenges to bring glory to your house. Deciding the best ways to increase your knowledge will unlock more possibilities and score more points!

Unfortunately, we’ll have to wait until summer to play this one, but we’re already looking forward to it! Harry Potter: House Cup Competition will be available for $49.99.

Which items are you eager to summon into your shopping cart?