In 2009, both the Potter family and the stunt community were shaken by the news of Harry Potter stunt double David Holmes’s life-changing injury. More than a decade later, Holmes is joined by his friend and former acting double Daniel Radcliffe in a new podcast, Cunning Stunts.

The podcast introduces listeners to members of the stunt-performing community in the United Kingdom, highlighting the work (and sometimes risks) that these performers and coordinators undertake to bring entertainment to audiences around the world. Holmes will be joined by Radcliffe for some of the interviews in the series, some of which were recorded in 2017.

The first episode features stunt performer and coordinator Derek Lea, who, like Holmes, worked on the Harry Potter films, as well as Titanic and Saving Private Ryan.

Radcliffe and Holmes first met on the Potter film set. Holmes was the main Harry stunt double for all eight films, and he and Radcliffe worked together until 2009 when an injury while setting up for a stunt for the final movie ended his career.

While preparing a stunt for the final film in the series, I suffered a spinal injury that had the effect of paralyzing me from the chest down and ending my career. In the decade since the accident, my love for stunts, the stunt-performing community, and movies has never wavered. So I’m starting this podcast to highlight and pay tribute to the amazing performers who make up the stunt community.

It’s clear from the introduction to the first episode that it’s not only Holmes’s passion for stunt performing that has stood the test of time but also his friendship with Radcliffe.

One quick note, the voice you will hear occasionally is Dan Radcliffe, one of my best friends and acting double on the Harry Potter films. He’s been sitting in on some of these interviews.

The first two episodes of Cunning Stunts are available to listen to now. You can listen to episodes on Spotify, Apple Podcasts, and Podomatic.

Radcliffe isn’t the only Potter alumnus to get involved in the world of podcasts. You can catch Evanna Lynch on Obsessed with… Normal People, David Tennant on David Tennant Does a Podcast With…., and James and Oliver Phelps on Double Trouble. Here are a few more that we’d like to see.

The UK in an Ice-Cream Van

This would be a travel/social commentary podcast in which Rupert Grint travels the length and breadth of the UK in (you guessed it) his infamous ice cream van. Recording his interactions with the people and communities he meets along the way would provide a deep and meaningful commentary on humanity – because you can tell a lot about a person by their favorite ice cream flavor, right?

From Stage to Screen and Everything in Between 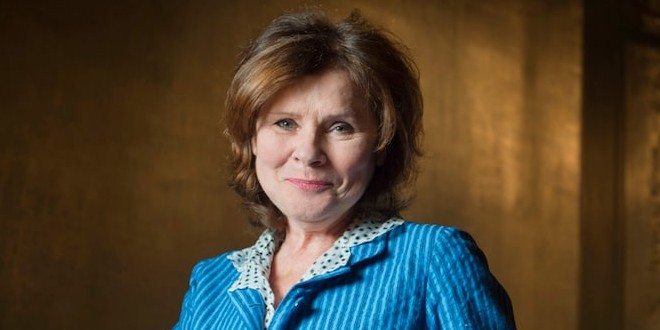 Imelda Staunton is one of the most recognizable faces of UK theater and film. With a career spanning four decades (and with many more still to come), Staunton is bound to have some stories to tell, and we’re ready to listen!

My Movie Dad and Me 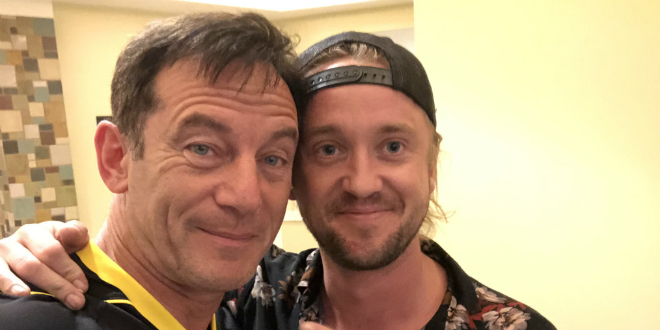 When Jason Isaacs (Lucius Malfoy) and Tom Felton got together for a video call earlier this year, it screamed podcast potential. The pair discussed everything from TV shows and their preferred snacks to taking a step back and understanding what is important in life, all within 20 minutes. A mix of comedy and poignant revelations, it would climb the podcast charts in no time.

Which other Wizarding World stars would you like to see host a podcast?