If you’re a reader of MuggleNet, that probably means that you could analyze Harry Potter all day, every day, and still not get bored. Over the years, I’ve developed an extensive Harry Potter-themed library of books that have allowed me to explore the series from every possible angle, and I thought people might appreciate a few book recommendations while in social isolation. Here are my five favorite literary analysis books:

This book is perfect for all the nerdy English majors out there. I’m not exaggerating when I say that every chapter in this book made me think about the series in an entirely new way. Literary Allusion will shock you with the full extent of Rowling’s genius as it uncovers every hidden allegory in the names and every overarching structural device. From Shakespeare to Austen to Chaucer, this book reveals how Rowling manipulates and borrows from the classic literary canon, hiding tidbits for only the most detail-oriented and intelligent readers. Beatrice Groves is one such reader, and if you want a sample of her work, check out her column Bathilda’s Notebook. 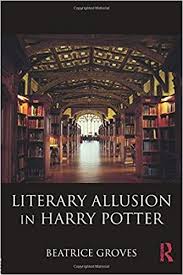 2. Harry Potter’s Bookshelf: The Great Books Behind the Hogwarts Adventures by John Granger

If you just can’t get enough of literary allusions, check out John Granger’s Harry Potter’s Bookshelf. Amazingly, the content of these two books only barely overlaps, and they each cover literary allusion through a unique lens. Granger focuses on the different genres that Harry Potter stretches across and how a reader can analyze the books through four layers: the surface meaning, the moral meaning, the allegorical meaning, and the mythic and anagogical meaning. John Granger is known as the Dean of Harry Potter Scholars, and to get a feel for his intense research you can listen to Reading, Writing, Rowling, a podcast he co-hosts with Katy McDaniel. 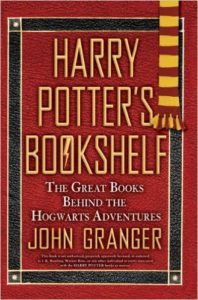 It may seem like a good decade too late to be recommending this book, but I swear I’ve read What Will Happen in Harry Potter 7 three times since the series ended and it still delivers each time. Sure, now it may seem obvious that Snape is in love with Lily, that Harry’s a Horcrux, or that R.A.B. is Regulus Black, but this book used detective work to predict it all before it even happened. It’s a great way to see the little clues that Rowling left for us along the way and to admire the incredible fan community who managed to piece together the puzzle. Of course, it’s also interesting to see which predictions did not go entirely as planned… surprisingly, Draco survives, but sadly, Dobby does not. 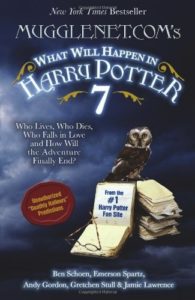 Whether you love Snape or hate him, you will not be able to put down Snape: A Definitive Reading. Kim reads Snape with more compassion than I’ve ever seen before, and this compassionate reading opens up a whole new vista of possibilities for what Snape is up to behind the scenes to protect Harry. By the end of this book, even if you don’t like Snape any better, you won’t be able to deny his commitment to the fight against Voldemort. After you finish, you will want to read the whole series over again just to observe Snape in action. 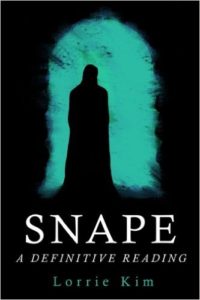 5. The Life and Lies of Albus Percival Wulfric Brian Dumbledore by Irvin Khaytman

If any character can be just as complicated and controversial as Snape, it’s Dumbledore. Khaytman follows Dumbledore’s behind-the-scenes plans throughout each book, keeping track of what he knows, suspects, plots, and gets wrong through each stage of Harry’s journey. When I read the series, I often just assume that Dumbledore is, to a certain degree, omnipotent and practically prophetic. It was fascinating to me to really dive in and analyze the mistakes that Dumbledore makes, the ruthless plots he puts into place, and the risks he’s willing to take. It’s impossible to look at Dumbledore the same way after reading this book. For a sense of Khaytman’s (aka hpboy13) writing, check out his column The Three Broomsticks. 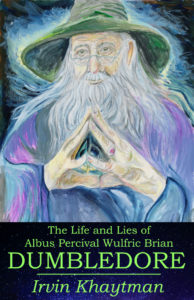 I wish I had space to write about all of the Harry Potter books I love. Some other favorites include Dear Mr. Potter, a compilation of letters by Harry Potter fans, and The Dark Fantastic: Race and the Imagination from Harry Potter to the Hunger Games, a literary theory book on black women in fantasy. I have some other books on my shelf that I haven’t yet finished: Hermione Granger Saves the World edited by Christopher E. Bell, Into the Pensieve: The Philosophy and Mythology of Harry Potter by Patrick McCauley, and Harry Potter and the Art of Spying by Lynn Boughey and Peter Earnest. If you have any Harry Potter-related books that you recommend, let me know in the comments! I’m always looking for new suggestions.