The Harry Potter series holds a very special place in modern literature, a perfect series to grow with and grow through. It has definitely become a worldwide classic, but I’d argue that Harry Potter is more than a modern classic; it’s a modern fairy tale. When you think of fairy tales, perhaps you picture old, dusty books and the Grimm brothers with slightly disturbing endings and old-fashioned language. Fairy tales are more than sweet (or not so sweet) children’s stories – they play an important part in the coming-of-age period and pass on important lessons. Here’s how the Harry Potter series fits in with these tales as old as time.

At their heart, fairy tales are instructional. They merge the whimsical and enchanting with hard truths and accepted behaviors to then pass on to the next generation. One of the classic lessons is “don’t judge a book by its cover,” which we see time and again in stories from “The Ugly Duckling” to “Beauty and the Beast.” This lesson is also very prevalent in Harry Potter through characters who have secrets or whose personalities are not as they first appear – from Lockhart and Umbridge to Remus and Hagrid. Other characters, such as Dumbledore and Snape, prove that while one may “know” a person, people are always more complex than they first seem. Harry Potter takes the tropes of the wise mentor and cunning villain and turns them on their heads, modernizing the moral that cautions against first assumptions and prejudices.

2. They explore the nature of rewards and punishment.

Many fairy tales also include a strong sense of justice – often rather graphically described. The step-sisters in “Cinderella” are blinded for their cruelty, and villains such as the wolf in “Little Red Riding Hood” often meet an unpleasant end. However, the punishment of unacceptable behaviors is often highly gendered as well, with Jack ultimately escaping punishment despite his theft from the giant’s palace, whereas heroines like the adventurous Red Riding Hood are punished for their “disobedience.” Harry Potter does have a sense of this kind of justice, as seen in how Gryffindor beats Slytherin by a handful of points at the end of Harry Potter and the Sorcerer’s Stone. However, being a modern fairy tale, many of the archaic elements are updated and reimagined. The women of Harry Potter are often strong, independent leaders in their own right, and characters of all moralities face trials, tribulations, and suffering.

The original intention of many fairy tales is to gently break the nature and rules of the wider world and to help facilitate a child’s growth through their years. Harry Potter introduces us to real-world problems, from depression in the form of Dementors to issues of prejudice like those we see enacted against werewolves, giants, and goblins. 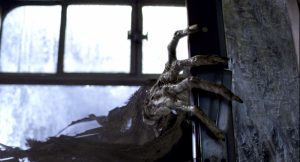 It’s no secret that many of the original fairy tales are incredibly dark. From stories of children freezing to death, like “The Little Match Girl,” or disintegrating into sea-foam like the original ending of “The Little Mermaid,” these stories are full of darkness and death. There certainly is no shortage of this in Harry Potter, but just as in the fairy tales, this darkness is an important lesson in the nature of the world – and in itself is a lesson about what is out there. Life is not a frolic in the park, and both Harry Potter and fairy tales make no mistake in revealing this to us.

Fairy tales, as the name suggests, are filled with magic. It’s not just that there is magic contained within these stories, but that magic is an unquestionable part of these worlds. Likewise, Harry Potter accepts this idea of intrinsic magic – Harry can use magic even before he finds out that he is a wizard. All of these stories show us that the idea of magic doesn’t have to be proven or explained – it’s a simple fact of our world.

These similarities with fairy tales are part of the reason why Harry Potter is such a powerful series and so important in the world of coming-of-age literature. With so many lessons contained within, Harry Potter may well become the primary fairy tale of coming generations – but thankfully a more modernized one, full of nuanced lessons as well as important moments of both light and dark.