Insight Editions, in partnership with Warner Bros. Consumer Products, has announced a number of new Harry Potter titles that are set to be released this fall! These magical new additions to its Wizarding World offerings include sequels to existing titles and brand-new series, and we have a feeling that you’ll be adding them to your wish list.

Plus, take a look at some of the covers! 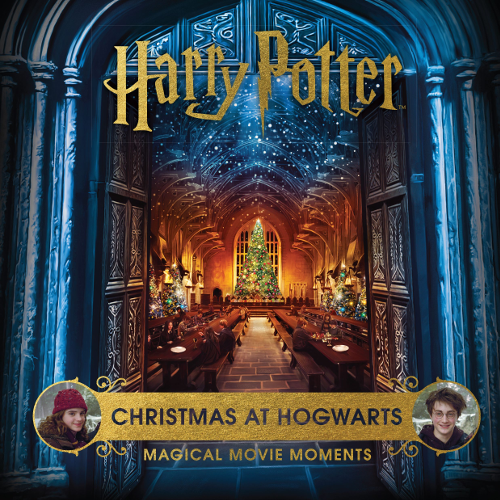 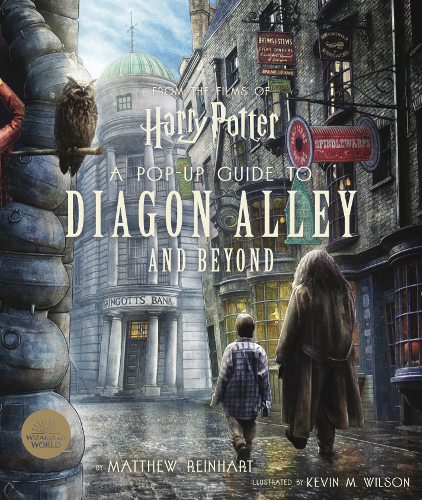 Insight Editions – “Harry Potter: A Pop-Up Guide to Diagon Alley and Beyond” 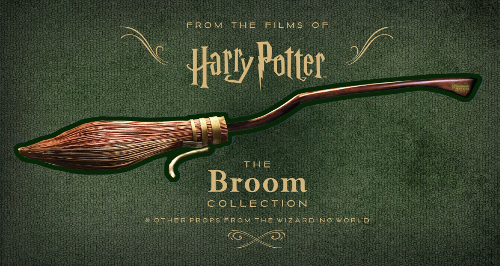 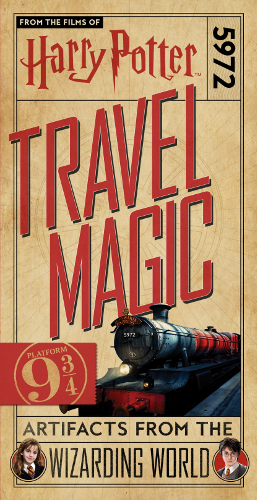 A deluxe pop-up book of Diagon Alley and beyond, a celebration of Christmas at Hogwarts, [t]he [c]omplete [b]room [c]ollection guide, and more will delight fans, collectors and gift-givers alike!

Journey into the wizarding world once more with this stunning new masterpiece from New York Times best-selling paper engineer Matthew Reinhart. This exhilarating pop-up book invites you to relive the movie adventures of Hermione Granger, Ron Weasley, and the Boy Who Lived—Harry Potter—as you explore Diagon Alley like never before.

Inside, gorgeously intricate pop-up spreads render fan-favorite Diagon Alley establishments, such as Ollivanders, Weasleys’ Wizard Wheezes, and [t]he Leaky Cauldron, plus other locales like the Ministry of Magic and [p]latform nine and three-quarters. Pull tabs allow fans to command the action—imagining what it would be like to rescue a Ukrainian Ironbelly dragon from the depths of Gringotts or help Harry navigate out of Knockturn Alley after a Floo [p]owder mishap.

Alongside each pop, discover facts and insights from the making of the Harry Potter films. Plus, the book opens into a displayable 3D diorama of all the pop-ups at once. Packed with amazing moments and hidden surprises, Harry Potter: A Pop-Up Guide to Diagon Alley is a landmark new pop-up book guaranteed to delight Wizarding World fans everywhere.

Packed with bonus inserts, Harry Potter: Christmas at Hogwarts: Magical Movie Moments is a one-of-a-kind celebration of one of the most special times of [the] year at Hogwarts. The snowy Great Hall festooned with Christmas trees, the elaborate Yule Ball, Mrs. Weasley’s holiday sweaters—Christmas at Hogwarts is filled with magic and wonder.

This book takes readers on an interactive tour of Christmas in the Wizarding World, as seen in the Harry Potter films. ‘’With detailed profiles on everything from Harry’s Firebolt broomstick—a Christmas gift from his godfather, Sirius Black—to Hogsmeade, this book includes concept illustrations, behind-the-scenes photographs, and fascinating reflections from actors and filmmakers. Fans can revisit key moments from the films, including Harry Potter’s first Hogwarts Christmas when he receives the Invisibility Cloak, as well as his holiday spent at number twelve, Grimmauld Place, in Harry Potter and the Order of the Phoenix. Destined to be a must-have collectible for fans of Harry Potter, this book also comes packed with removable inserts.

Discover the brooms of the Wizarding World in this gorgeous sequel to the best-selling Harry Potter: The Wand Collection. From the sleek Nimbus 2000 to the gnarled Firebolt, flying brooms are a beloved aspect of the wizarding world. Harry Potter: The Broom Collection is a visual guide to the magical conveyances of the Harry Potter films, their makers, and the characters who use them. Profiles of each broom feature stunning new photography of the original props, statistics, insights from the cast and crew, and other filmmaking secrets from the Warner Bros. archive. In addition to individual photographic profiles of each broom, the book will also include blueprints and concept art as well as entries on the high-flying game of Quidditch and related props.

The first in a new collectible series, Harry Potter Travel Magic contains more than a dozen removable reproductions of props from the Harry Potter films. Inside, fans will learn all about [p]latform nine and three-quarters and the Hogwarts Express, relive magical moments from the films, and delve into the behind-the-scenes magic that brought Harry Potter to life on the big screen.

Harry Potter: Film Vault: The Complete Series
(September 2020 | $199.99)
Harry Potter: Film Vault compiles the filmmaking secrets and visionary artistry behind the Harry Potter films into twelve deluxe collectible volumes. Intricately designed and packed with concept art and unit photography from the Warner Bros. archive, each volume in the series gives fans striking insights about bringing the [w]izarding [w]orld to the big screen. All twelve volumes are beautifully packaged in a deluxe slipcase, and the spines form a stunning image of the Hogwarts crest, adding a touch of magic to any bookshelf.

Are you planning to add these to your collection? Tell us in the comments below!