If you’re headed to Universal Orlando Resort soon, be sure to check out the latest merchandise! The park has released some brand-new items since it reopened at the beginning of June.

First up, there is a brand-new interactive wand. Collectors will definitely want to get their hands on this beauty because it is the latest collector’s edition! This extra-special wand, black from top to bottom with shiny gold and silver accents, will only be available for a limited time. You can get it for $70.00 at Universal Orlando, and it comes with a map of Hogsmeade and Diagon Alley, which shows locations where the interactive wands can be used to cast spells. 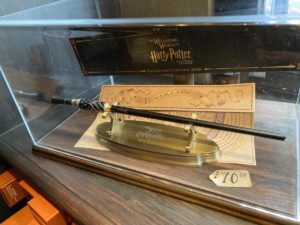 The hilt of this wand is decorated with metallic stripes and stars, which create a truly magical vibe.

While you’re checking out the latest wand at Ollivanders, you will also find wand gift bags available for sale. They are tailored bags that perfectly fit a wand box. The solid black bag is made special with a metallic Wizarding World of Harry Potter logo across the front. Each bag is only $1.00, making them a totally affordable addition to your purchase. 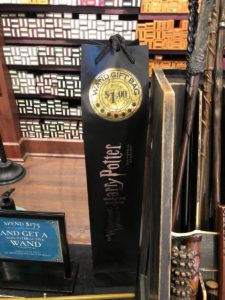 The finishing touch to this bag is the sleek black ties at the top.

The last bit of merchandise is a throwback for longtime Universal Orlando fans. Once upon a time, there was a ride in Hogsmeade at Universal’s Islands of Adventure called Dragon Challenge. However, before Hogsmeade ever existed in Universal Orlando, the Dragon Challenge ride was called Dueling Dragons and was completely unrelated to Harry Potter. This merchandise is all themed around the original Dueling Dragons ride. Check out photos of the four new items below. 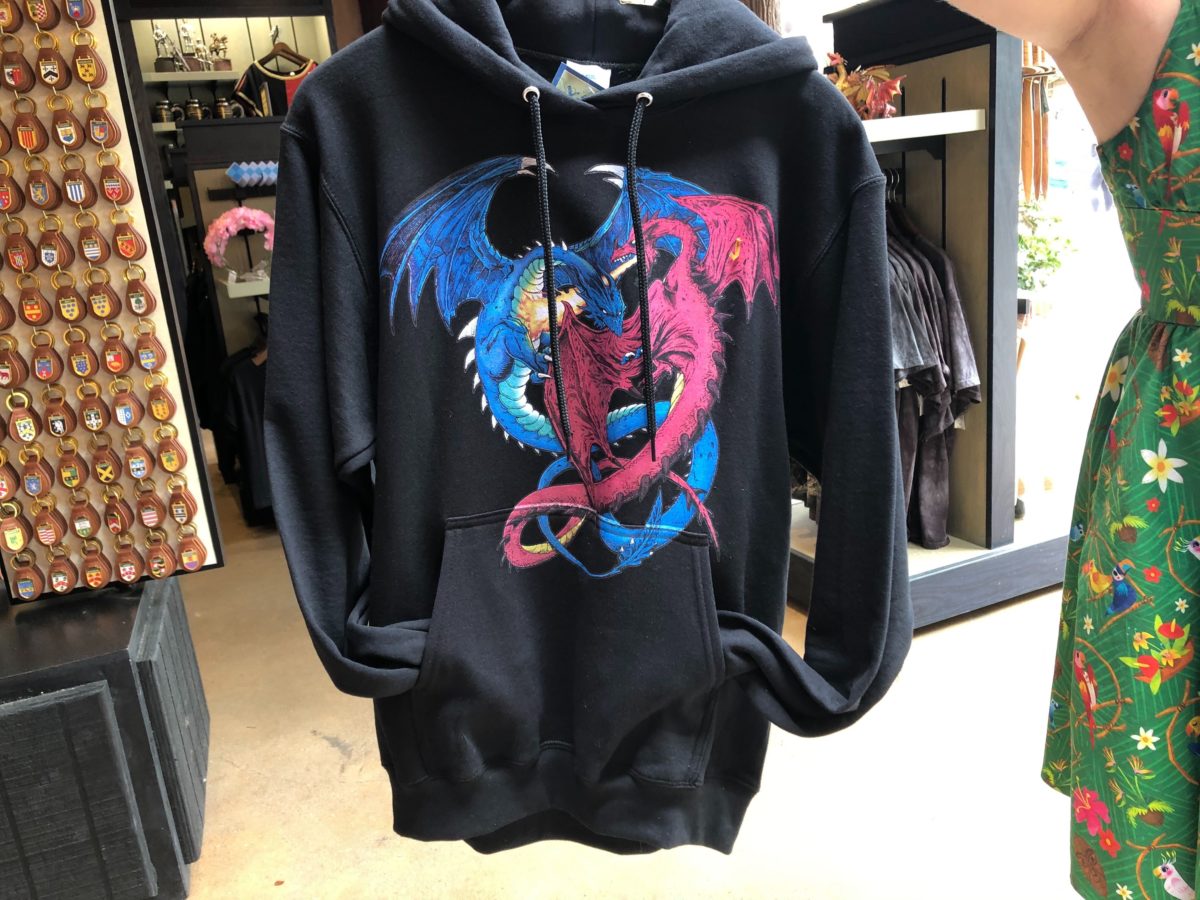 The Dueling Dragons hoodie is $45.00 and features both dragons – Fire and Ice. 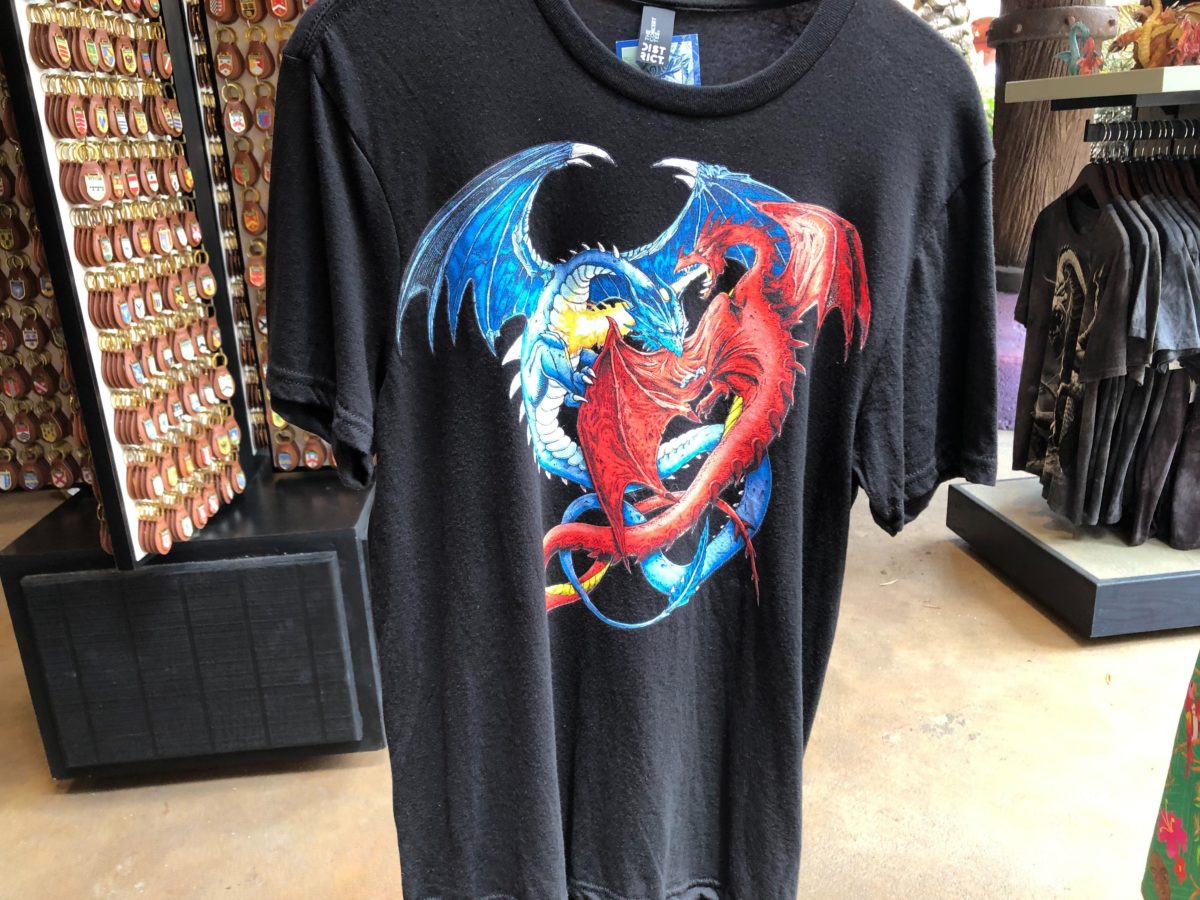 The Dueling Dragons T-shirt features the same artwork as the hoodie but is priced much lower at $26.95. 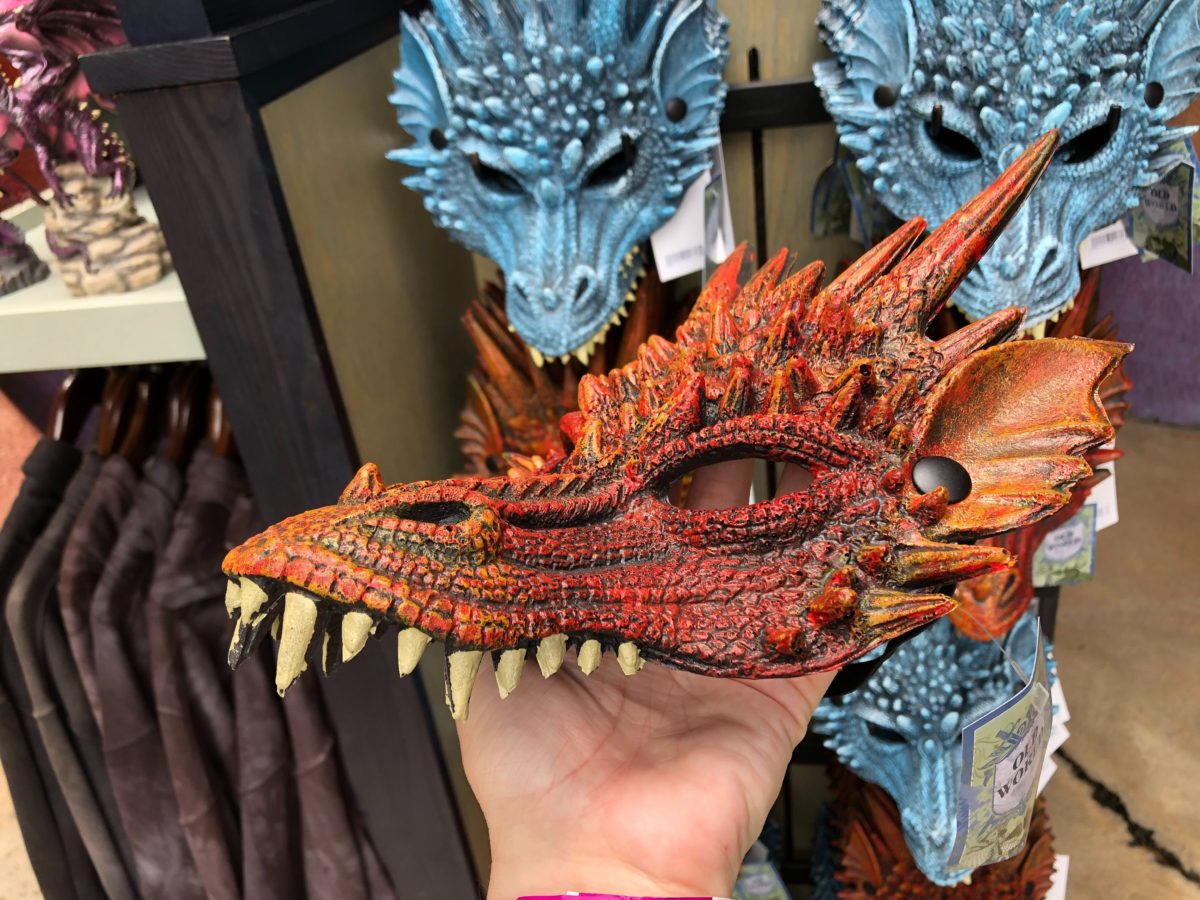 You can also find masks of the two dragons, Fire and Ice. 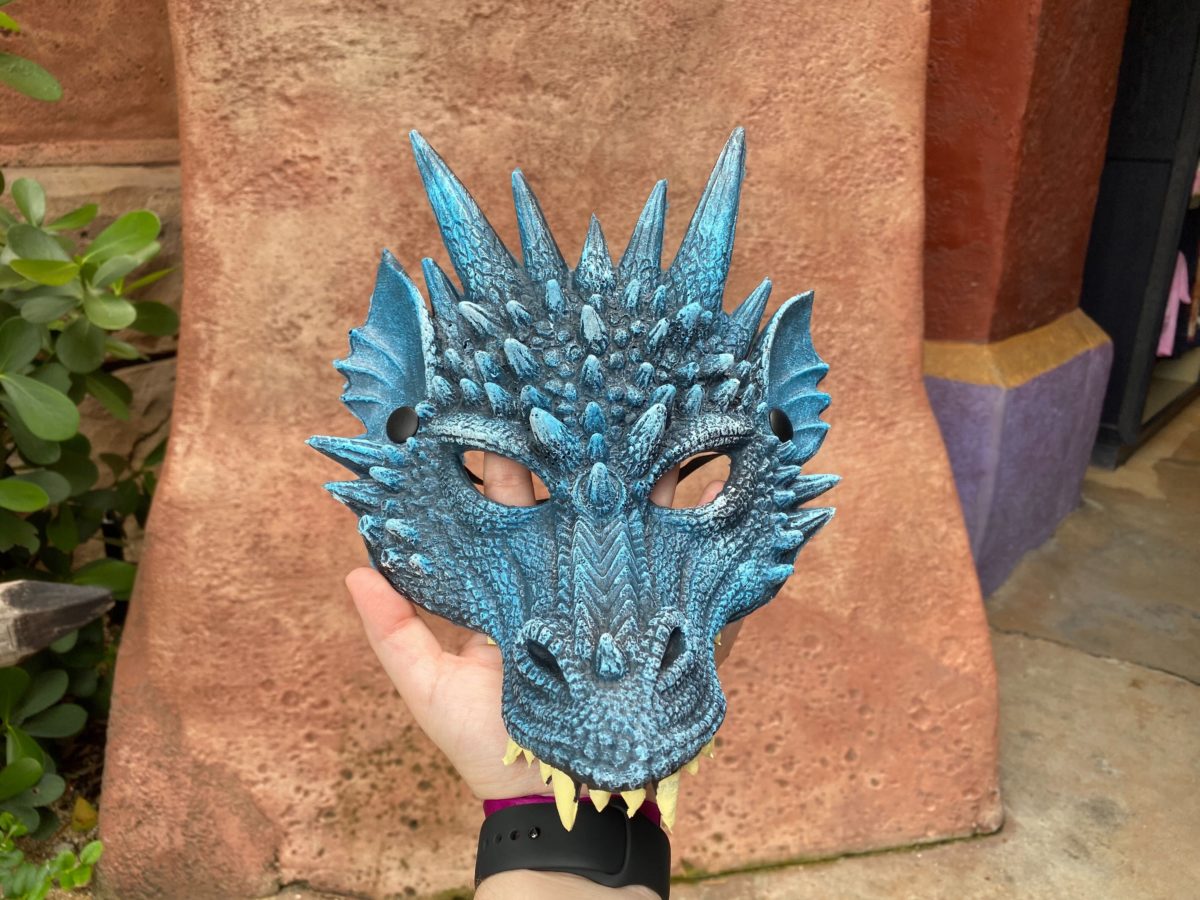 Which piece of merchandise are you most excited to get your hands on? Let us know in the comments below!